We talk to women on how they found the middle ground when there are two queens in the castle.
by Rachel Perez for Smartparenting.com.ph | Oct 10, 2016 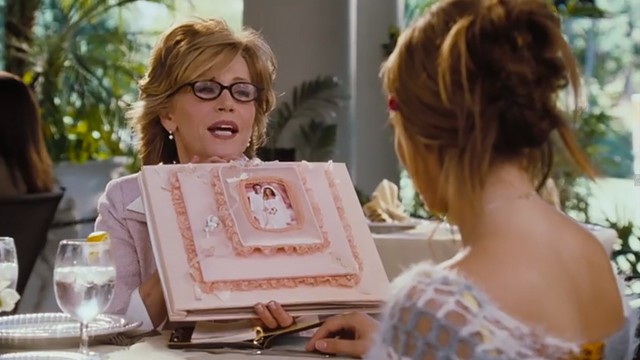 Relationships with the in-laws have that 50-50 chance of being salty or sweet, especially between you, the wife, and the mother-in-law (MIL). Not all, of course, but surely you've heard stories from friends who do have issues with their MIL—and those issues can range from petty to serious.

We asked wives (who ask they not be named—for good reasons, we think) what they think their mothers-in-law should stop doing, and offered their two-cents on how they handled the situation. Often, they try to find a middle ground. But if you've tried the high road and it's still not working out, it's time to respectfully call her out.

1. She finds faults in all your actions.
When this happens, see it as a learning opportunity—indulge her and ask for tips. However, when you just can't help but feel like you're not doing anything right, one of our readers, Reina, tries her best to ignore it. “I remind myself that my husband and kids are healthy and my actions do not put them in any real danger. So I just ignore my MIL's unending criticism, mapapagod rin siya, I say to myself." For Liza, what works is when she backs it up with "expert opinion." "I explain to her calmly that the doctor or the teacher said so, and that usually ends the conversation."

2. She uses your husband as a middleman.
It can be unfair that your husband should get caught in the middle of your misunderstanding with your mother-in-law, so just leave him out of it. If your MIL has issues with you, politely tell her to take it up with you herself, as Vicky learned. "We had a family meeting and I told her that her son is hurting whenever we use him as a bridge. My husband spoke up about it also and told her he doesn't want to reach a point where he'd be forced to take sides. He said he can't choose one over the other kasi pareho kaming importante sa buhay niya. Then, my husband left us to talk and settle our differences," shares Vicky.

3. She gives unsolicited advice or recommendations.
...and gets mad when you don't follow her advice. What could you do? At the very least, hear what she has to say. "Papunta ka pa lang, pabalik na ako," the elders would always say. "Don’t feel pressured to follow everything she says just to be in her good graces. Follow your own instincts. If magtampo sya, lilipas rin naman yun. She can’t stay mad at me forever—and if she can, it’s okay with me as long as she doesn’t take it out on my kids," advises Reina. "Believe me, you have to learn to stand your ground sooner rather than later."

4. She makes you her mayordoma.
For wives who live with MILs, home management is always a tricky business, and there's no other solution but to talk and agree on the rules. For example, if she's throwing a party, you can help out in the name of pakikisama, as Mary did, but you're also free to politely decline to help. "I had no choice but to take over giving direction to the help. Otherwise, they wouldn’t have enough to eat or drink. Inisip ko na lang yung para sa nakabubuti sa lahat," Mary explained. If the situation was reversed, Mary said she’d rather not to ask for her MIL’s help, unless she volunteers.

5. She disregards your parenting rules.
Grandparents indulge their apos every chance they get, and they do so to make them happy and cherish every moment they spend with them. Let them get away with it once in a while, but when it comes to non-negotiables, be firm. "When this happened to me, I faced her, looked at her in eye, and politely told her, 'Thank you, Ma. Ako na ang bahala dito,'" shares April. When her MIL didn’t stop, she added, "I’m disciplining my son so he can learn from his mistakes," and removed her son from her presence. After settling the issue with her son, April talked to her MIL, apologized for her tone, and explained that she should not have contradicted her in front of her child. "Sabi ko malilito kasi 'yong bata. If may issue siya with the way I raise my child, then she should discuss it with me in private." You can also work on trying to get your MIL on your side as well (read about it here).

6. She sides with her son, always.
Your MIL should not meddle between you and your husband in the first place. "I told my MIL that her son is not a saint. No one is perfect and everybody makes mistakes," shares Mia. If you’d care to explain your side, then do so calmly and respectfully. "Minsan kasi hindi rin nila talaga alam 'yong buong story, so you can present your side if you want," Mia adds. Then, in the end, ask her what she'd do if she was in your shoes and you just might see eye-to-eye. She is, after all, also a wife as she is a mother.

7. She forces you to be the traditional "wife."
It's 2016, and the roles of men and women in society are not as typical as they used to be. Women can choose to have a career and still have a family. Husbands can learn to do the laundry. You both could have a say on where to spend your holidays. And it's okay if you don't lay out your husband's essentials in the morning if that's not your thing. Remind her that her son is an adult who is capable of getting his boxer shorts from his drawer, and not doing these tasks does not make you less of a wife. Suzy shares, "There was a time I saw my MIL take over dishwashing from my husband. I didn’t confront her, but I reminded my husband that my brothers don’t have a problem doing chores, and I want it to be the same in our house, so he talked to his mom about it.”

8. All that drama.
So, okay, your MIL hates you. Well, it's too late for her objections because you're already married to her son. If encounters with her always end up in a drama -- such as, she’s can’t help but roll her eyes or badmouth you in front of their relatives -- don't fuss, as long as you and your hubby are on the same page. "At least I know my husband supports and backs me up. He knows that what his mom has been saying behind my back are not true. Kaya important rin ang open and effective communication with hubby," adds Nancy. Drama is emotionally draining, so avoid it at all costs and be in the same room with her only when absolutely necessary, for the sake of everyone.

Names have been changed to protect the persons' privacy. 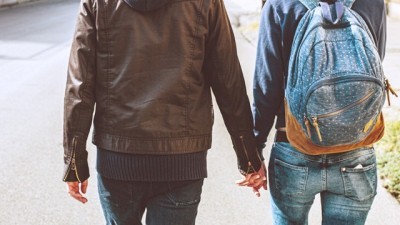 Relationships
4 Things You're Not Obliged to Tell Your Boyfriend 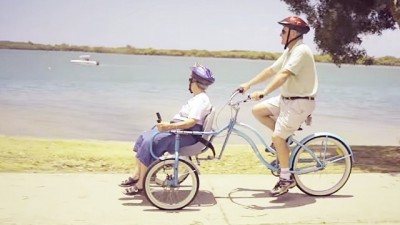