Nobody likes being stuck in the friend zone.

Men constantly rant about "just being friends" with a girl they like. They claim that it's the girl's fault for not noticing their efforts or for dismissing said efforts and thinking they're just really nice, but sometimes, it's just a matter of one or both not wanting to ruin a perfectly good friendship. Stuck at a stalemate, how then can you ladies determine whether a guy is into you or not?

If you are in the presence of a guy who's probably too torpe to confess his feelings, or too "pa-cool" to admit that they like you, this is for you. Help my brothers out in admitting their feelings. Maybe "Mr. Right" has always just been around you. If he's really not, please let him off easy. Here are some signs na type ka niya:

He carries around something you need.

In college, I always brought two umbrellas in my bag just in case I chanced upon this girl I liked when it rained. After more than a month of waiting for that "random" meet-up, I finally bumped into her sharing a small umbrella with her friend. It helped me become that creepy nice guy who was at the right place at the right time for her. And it gave me a legitimate reason to ask when I could see her again to get the umbrella back.

Of course, it could also be a simple thing that he also uses on a regular basis, like a lighter, a pen, or even a piece of gum. He’ll keep something you need handy so that he’d have a distinct place in your mind. He could be "gum boy" for all he cares as long as he’s no longer just a stranger to you.

You get dropped off at your doorstep.
On a night out with a mix of guys and girls in a group, a gentleman would always make sure that the girls get home safely. A girl who's "one of the boys" will be told to message him when she's home after she walks to find a suitable public transport. A girl who's really just a friend will be seen off to a cab, with the guy taking down the details of the said cab. But if you find yourself being taken all the way to your house in Fairview from a party in Timog by a guy who lives in Katipunan, he's probably into you. If the guy who does this doesn't have a car or if he lives, say, in Paranaque, then you'd be fooling yourself by thinking that that's what he would do for any friend.

We hate drama. In an all-male drinking gimik, the ratio of discussions are as follows: five percent work related rant, 35 percent sports (or DoTA, cars, family, or anything that binds the group together), 30 percent things they just did (i.e. recap of the game they just watched or played), 10 percent things about the past, 20 percent random useless things. It gets insanely loud that they can't talk about these things in a coffee shop.

When you pour out all your frustrations about work, family, and even your neighbor's dog to a guy and he actually expresses a sincere interest in them, chances are, he likes you. Whether he's just enduring it so that you'd appreciate him or he's actually listening to know more about you, know that he's putting in a lot of effort just sitting across you sipping expensive coffee when he could be laughing his ass off drinking beer with his friends.

Ladies, please understand that WE HATE SHOPPING (all caps para may feelings). However, you’d know that a guy likes you if he’s willing to walk with you as you scan the whole mall for that one dress you’re looking for. If you do end up in a relationship with that guy, he may be a bit more honest about not wanting to walk by your side while you look at everything, but he’ll still go with you. He’ll just be hanging out at the "boyfriend corner" of your favorite store, like that one in Forever21 SM Megamall (you know where that is).

Everyone has priorities, but when you're the guy's priority, don't think he's just being nice. If it takes him less than five minutes to say yes to a random invite from you, he's either brushing off his friends to spend time with you or he just doesn't have that many friends. If he’s always available whenever you call, know that he’s putting in an effort for you to appreciate him not just as a friend.

I've taken countless verbal lashes from my parents for coming home late, and I can't relate to most of my barkada's stories about college experiences because I spent most of it making myself available for one girl in particular. Thankfully, I get to marry that girl soon, making everything totally worth it.

Relationships
Why I Said No to His Proposal 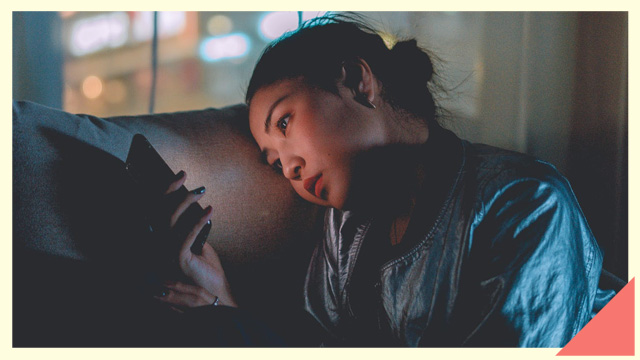