Check out this roster of feature films about women--or with women behind the lens. 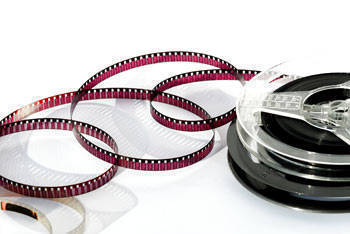 Women, as we all know, can do anything, and that includes calling the shots on a bustling film set--or having an entire film devoted to their merits. As an homage to Women's Month, the UP Film Institute presents Women’s March, a series of thought-provoking, critically acclaimed films by or about women, to be held at the Cine Adarna’s 800-seat main cinema.

Among these features, South African film Courting Justice, created by feminist and developing world scholar Ruth Cowan, will be screened on March 9 and 11. The film centers on South Africa’s female judges, who make up a meager 18 percent of the country’s male-dominated judiciary. These women narrate their experiences in post-apartheid South Africa, as well as their own lives in and out of court.

Also notable is “The Feminist Mystique,” a collection of international titles to be screened at the end of the month, from March 29 to 31. Each of these films were created by respected women in both the global and domestic film industries, including French filmmakers Catherine Breillat and Agnes Varda, American performing artist Miranda July, American avant-garde director and film theorist Maya Deren,  and Filipina documentarists Sari and Kiri Dalena.

Other highlights of Women’s March include a short-film series by renowned counter-stream Filipino directors from the ‘80s and ‘90s; “Video Act! Japanese Documentary Film Now!,” a docufest sponsored by Japan Foundation Manila; an extraordinary collection of digital indies by local filmmakers; and the Philippine Center for Investigative Journalism’s acclaimed documentary Papogi: The Imaging of Philippine Presidents—quite timely for the coming elections.

For the complete list of schedules, visit Spot.ph. For inquiries, call 926-2722. You can also join the UP Film Institute e-group at upfilminstitute@yahoogroups.com or the UPFI Cine Adarna Group on Facebook to get up-to-date information on the organization’s events.

Travel
Sizzle in Your Swimsuit: How to Slim Down on a Schedule