A New Study Suggests a Healthier Way of Frying Your Food

Using olive or sunflower oil to fry food may reduce the health risks associated with this way of cooking.

It is a common belief that eating too much fried food is bad for the heart. But a new study suggests that there may be exceptions to the rule.

After realizing that there were too many inconsistencies with data linking fried food with heart disease, researchers from the Autonomous University of Madrid decided that there was room for doing a more in-depth study. They questioned around 41,000 adults aged 29 to 69 about their health and eating habits. Keep in mind that all of the participants had no heart problems at the onset of the study. After the survey, researchers then divided the individuals into four groups, depending on how much fried food they consumed. They kept these participants under watch for 11 years.

During the follow-up period, researchers were able to tally 606 heart-related incidents and 1,134 deaths. However, when they tried to tie the volunteers’ diet to both, they could not find a strong enough connection.

This is where the exception to the rule comes in. The study was conducted in Spain where most households fry their food using olive and sunflower oils. These oils are good for your heart and may be the reason the study could not find the connection. And since the Spanish don’t eat as much fried food as many people in other countries do, it follows that they won’t be affected as much either if such an association had even been found.

So the next time you're frying something for household meals, you might want to try using olive or sunflower oil. At the same time, it is also wise to limit the amount of fried foods you serve to your family. While frying with olive or sunflower oil has no outright consequences on the heart, it never hurts to eat in moderation.

If you need more tips for healthy eating, check these out:

You can also get ideas for healthy meals from these articles: 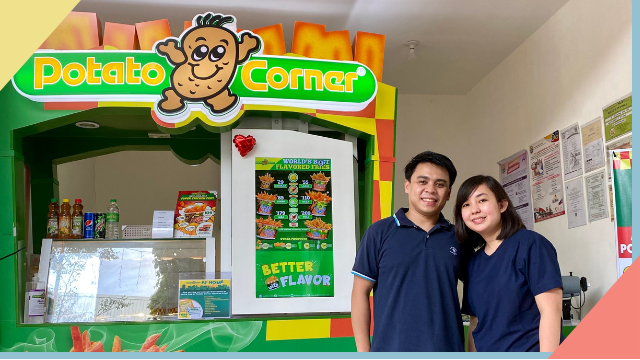 This Couple Shares their Experience Franchising a Potato Corner Kiosk

Plus, lessons they've learned along the way. by Katrina G. Tolentino

The first few steps can be done online. by Louise Ferrer for Cosmo.ph
Load More Stories

Health and Wellness
10 Tips for a Happier You