Sunshine, Iza, Karylle, and Diana Reveal the Reason Behind the Strength of Their Sisterhood

Ask any Pinay familiar with the television phenomenon that was Encantadia (2005), and you’ll get excited gasps of recognition, a few hummed strains of the familiar TV theme, and even several comments on which Sang’gre she related to the most. The show ended on such a high note that it has become one of the most well-loved primetime titles of all time, cementing the names of Sunshine Dizon, Iza Calzado, Karylle, and Diana Zubiri as metaphorical goddesses of the local fantasy genre.

And as many a legendary story would go, the four main characters would travel their separate ways—starting businesses, getting married, and pushing forth advocacies—all the while remembering their past adventures in Encantadia.

“Truth be told, there was a point talaga na we weren’t seeing much of each other,” says Iza, who sat at a small table with Sunshine, Diana, and Karylle after a full day of photoshoots. “It’s not like through the years, we were always constantly hanging out. But parang, honestly, it was the magic of the show that brought us back together...” 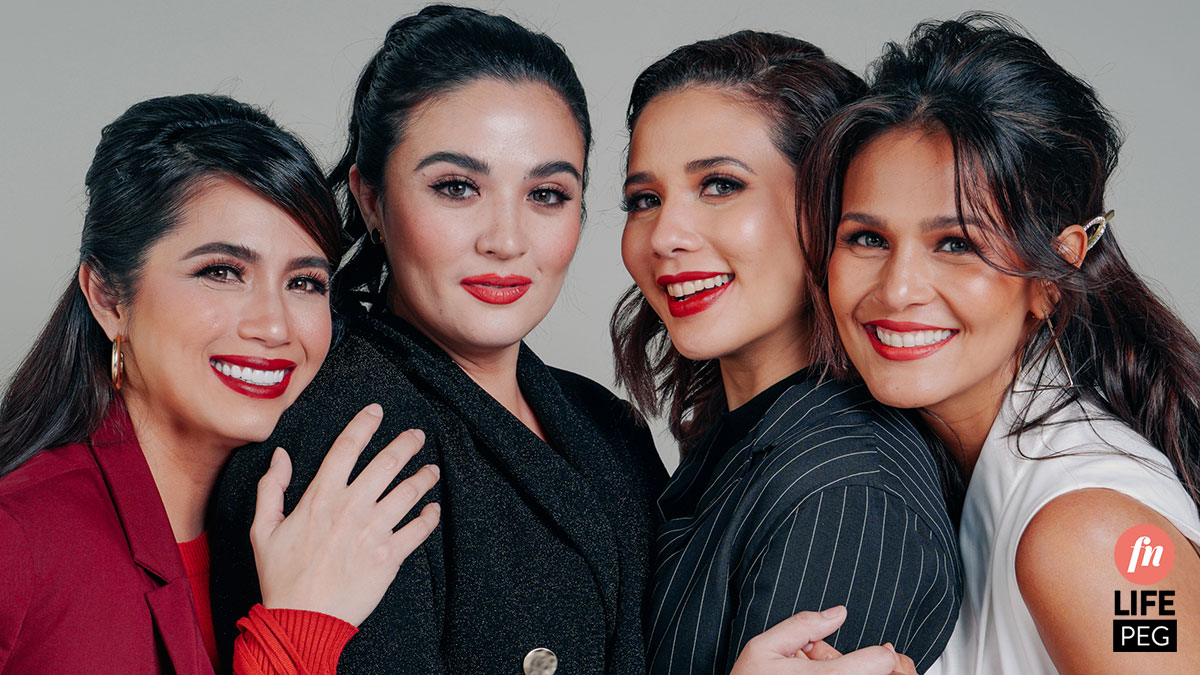 Since life would often get in the way, their meetups were always punctuated with an absence or two...“So we kept trying, and we kept trying," shares Karylle. Eventually, a rare occasion—a timely get-together to celebrate one of the show's many milestones—found themselves complete.

Followers of Encantadia’s lore were quick to interject suggestions of a reunion project, whether it be on TV or the big screen, but little did fans know that it was exactly what the four had been waiting for as well, until they decided that waiting wasn’t going to cut it anymore.

"Things were... falling into place easier than when we were waiting for our dream project."

“’Yong time nga na... kumpleto kami for the first time at Direk’s house, I was telling them, ‘If we’re just gonna wait for the right project, I don’t think it will ever come,’” explains Sunshine. “So I told them, ‘Might as well, tayo na ang mag-produce.’ That was my idea—na, as in money namin; ‘wag na kaming mag-hintay. Kasi kung TV, ‘di matutuloy.” 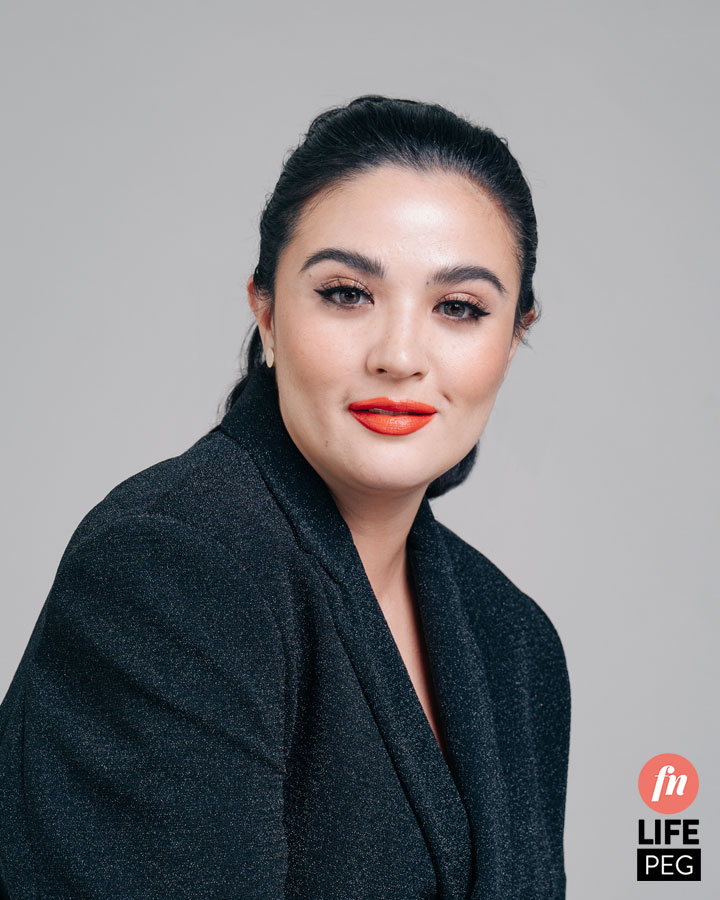 Sunshine knew that any Encantadia-related TV reunion was very unlikely to happen, so she suggested to take matters in their own hands.
PHOTO: Mark Jesalva
Post a Comment

“Pero parang ‘di na talaga feasible, because Iza and K are on the other channel. Kami naman ni Joy [Diana’s nickname], on the other channel,” Sunshine continues. “So ang pinaka-feasible lang was to produce a movie. And then Direk Mark heard us and he said ‘O sigurado ba kayo? Sure ba kayo? Kasi there could be a possibility.’

“And then, after a year, he called us up and he said na it was a go already with iFlix, and iFlix nga was the perfect ground because neutral siya. Okay kaming lahat. As long as it’s not a series. As long as it’s a film, it’s a go…

"Nag-usap-usap nanaman ulit… we decided na to put up our own company.”

A nod to their past characters, Sanggre Productions Inc. was born out of the want to create something together, and the necessity of having a legit business entity that would be the factory of their passions.

“At that point, it was easier for us to meet up na so we could see that things were getting… you know, parang falling into place easier than when we were waiting for our dream project,” says Karylle.

Iza, however, was right in the middle of a soap opera, a movie in the making, and her own wedding preparations that even the rest of the group had to consider the possibility that she might not make it.

Sunshine turns to her friends, “Remember, there was still a time na parang your schedule was really all over, and we were like ‘So, are we willing to do it without Iza? Willing ba tayong mag-revise ng script?’”

“Na-delay ‘yong movie [ko]... May nag-Mystify,” says Iza, prompting laughter from the other three. “Pero inisip ko pa talaga, kasi it was something you had to think about. But then, if one doesn’t do it, there will be no project…" Iza knew that it had to be an all-or-nothing team effort. "So for me, it’s more like ‘Okay, I'll sacrifice things—personal things—just to get this done from my end.’ Kasi parang, it had to be done na eh… It’s a commitment.” 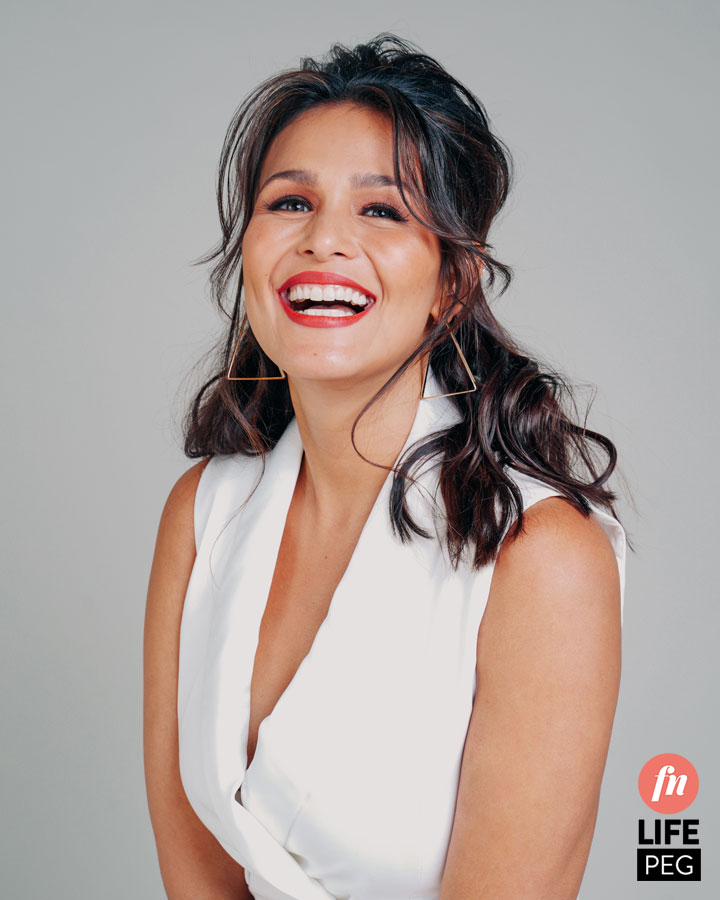 Iza shares how Encantadia formed their life-long bond: "Honestly, it was the magic of the show that brought us back together.”
PHOTO: Mark Jesalva
Post a Comment

The odds fell in their favor, and from there, it was a whirlwind production for the iFlix original movie Mystified, which revolves around four ancient sorceresses tasked to protect a new world where magic does not exist.

But more than just breathing life into the supernatural entities Althea (Sunshine), Adela (Iza), Helena (Karylle), and Kathalina (Diana), the four also had a lot to do behind the camera. Line producing Mystified taught them how hard it was to budget money for daily shoots. “While filming,” says Iza, “Nakakarining ka ng [discussions on the side, like] ‘Magkano ‘yong ganito?’ Or ‘May hindi nakunan—‘yong pala may isang artista hindi nakunan that day—‘Paano ‘yon, ba’t di natin nakunan?’

"I guess the giddy feeling you have when you’re with someone you've known forever... All of that comes back. Like an old song."

Karylle admits that their first foray as Sanggre Productions would have benefited from more time, but that they did deliver their best given the circumstances. “I guess we really wished we could have planned better. Like a longer time to plan but we had no time… We definitely learned a lot of things.”

And more than just finding out how it really was to be producers, each of them also revealed their personal strengths to each other. Like the magical characters they played, each had a “power” that was utilized for the benefit of the project. 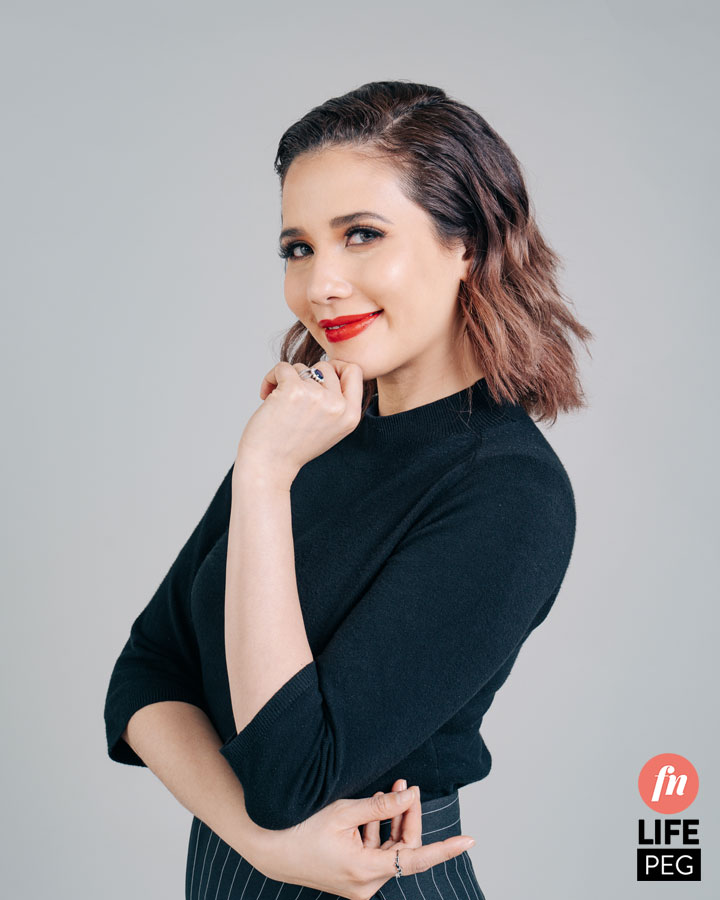 Karylle reveals that even comments from bashers helped them improve the script: "But reading rants actually pala helps. ‘Di ba? When they point out mistakes in movies. Yeah, that came in handy for that."
PHOTO: Mark Jesalva
Post a Comment

Sunshine shared that she had always known Iza and Karylle had a penchant for marketing, while she and Diana were on to the business and accounting side of production.

“Oh!” Karylle exclaims as she reaches out for Diana. “She’s always been very business-minded.”

“Our sporty outfits in the movie, for example, are her line,” Karylle continues. “Ang dami! Marunong ‘yang mag-source sa China, ‘yong mga ganyan. All these things that you’d never think—I mean, I’ve been to her house, and ‘yong top floor nila is just really all the supplies.” 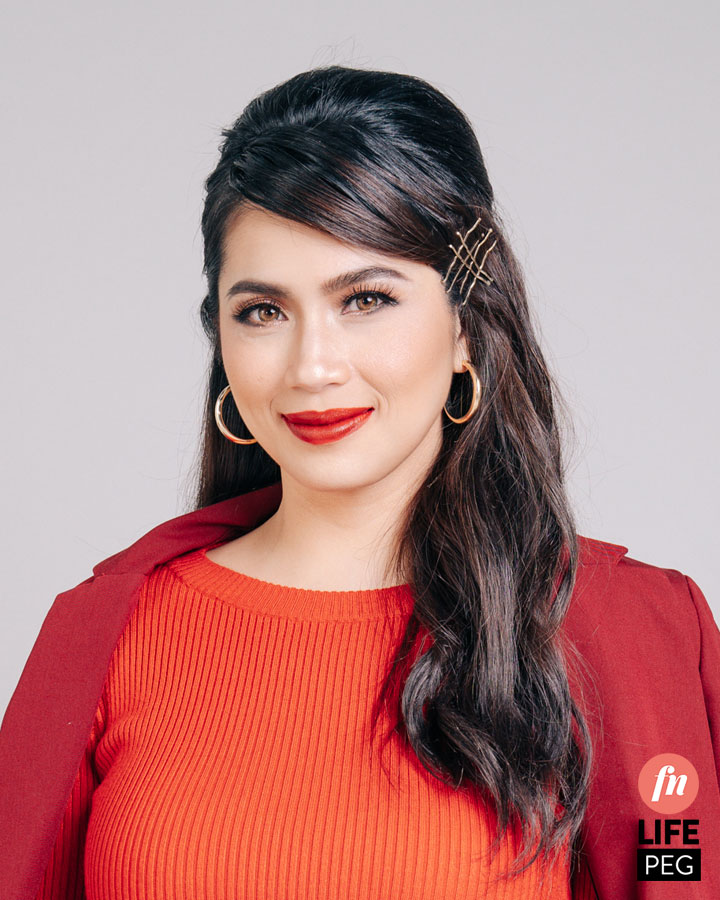 But with all the hustle and bustle of production, the four never fail to acknowledge that it was their strength as a team—not as individual actresses—that got them through the most trying of times, in front and behind the camera.

"At the end of the day, kayo rin ang maghahatakan pataas eh."

Iza remembers their Encantadia days, when social media wasn't a major player in getting word out and promoting shows and films yet. “[At the time,] we were like, ‘We’re gonna prove to them that this is a good show.’ That’s really what happened, and that’s [when] I think when the magic came in, when we opted to work together and say, ‘We are a team’, versus, separate-separate, nagpapabidahan."

It’s the same magic that they now bring to the table with Mystified. Karylle, for her part, can’t hold her happiness about returning to the set with the other Sang’gre.

“I guess the giddy feeling you have when you’re with someone you've known forever,” she says. “Like when you see a best friend from when, you know, you were a kid then you feel like a kid and you’re excited and you’re so passionate—all of that comes back. Like an old song.”

And the camaraderie translates beautifully on-screen, probably because as much as their characters had each other’s backs in the film, so did they support each other in real life.

“It is when women come together and support each other, that our true power is felt and is really heard."

“Like normal girls, they all have their own issues, and may issues din sila between each other,” explains Sunshine. “But ultimately at the end, parang, there’s one scene with me and Iza na we realized na, ‘No I can’t do this anymore’, [tapos] ‘Hindi, kaya mo ‘yan, I believe in you.’ At the end of the day, kayo rin ang maghahatakan pataas eh.”

Iza surmises, “Like with what happened before, we thought that the story of Mystified—It is when you come together… It is when women come together and support each other, that our true power is felt and is really heard. So that’s what it is.”

When asked about what they would say to their younger selves then playing their Encantadia characters which began it all, the response was simple:

“'You’re okay,’” Iza says. “You’ll be okay.’ What happens to you, that’s your life path. There’s always a reason why things happen. But you know as long as you don’t keep on repeating the mistakes and you learn your lesson as soon as you can…

“Sometimes it doesn’t happen just overnight, ‘di ba? Pero the sooner you learn things, the lessons that the Universe has in store for you, the quicker it’ll be, and the easier it’ll be for you to navigate through this thing called life.” 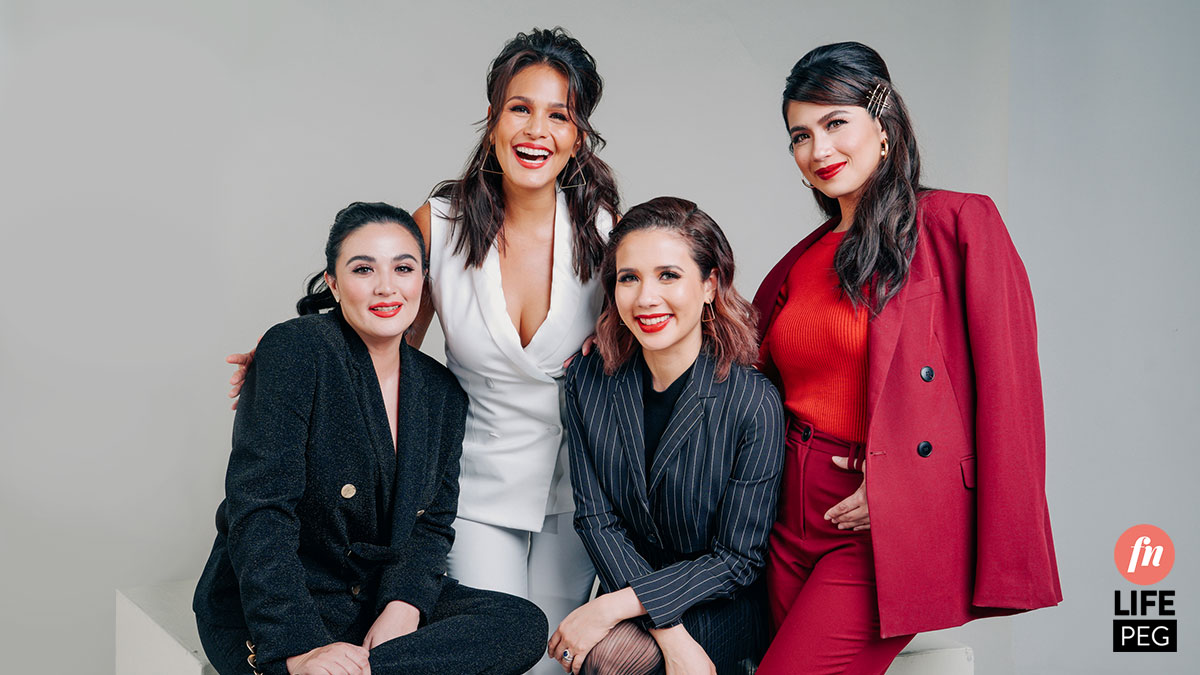 'Mystified' is an ode to a life-long friendship, as well as a testament to the kind of determination that wills dreams into reality.
PHOTO: Mark Jesalva
Post a Comment 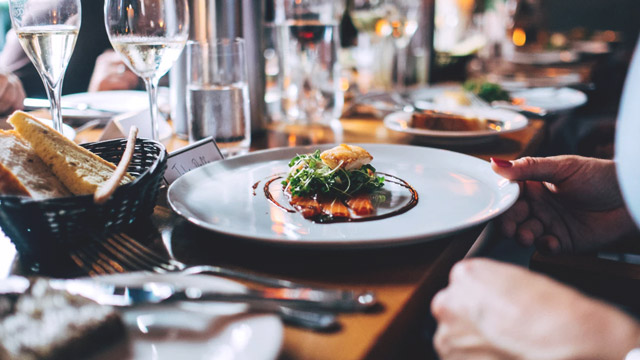 10 Fine Dining Etiquette Rules You Have to Know By Your 30s
Read more stories about
Get the latest updates from Female Network
Subscribe to our Newsletter!