Breadwinner at 16, Dimples Romana Shares How Grit Led Her to Financial Independence

Behind the mask of a vicious television villainess, Dimples Romana is all about faith sans the fear, proving that wisely following your heart can lead you to fulfillment.

There is a scene at the beginning of Kadenang Ginto’s first episode, where the teleserye’s protagonist, Romina Andrada (Beauty Gonzalez) is writing a check, following the command of her boss, business tycoon Robert Mondragon, to manage the allowance of his daughter.

Standing coldly in front of her, wearing blood red lipstick and a sultry red pantsuit, is Daniela Mondragon (Dimples Romana). Romina hands her the one hundred fifty thousand peso check, and Daniela’s eyes squint in disgust. “'Ano to?”

I watch in awe as this same woman, now barefaced and bright-eyed, sits in front of me in a makeup room, casually telling me about how she had long been the breadwinner of her family. She is frank about not being born with a silver spoon in her mouth: entering showbiz at the young age of 12, only four years before her father, a postmaster, died from an aneurism, she gave everything she saved as a preteen up until she turned 19—the age she married her husband, Boyet—to her widowed mother.

“We also had our pride. We did not want to get much help from anybody. We wanted to start from scratch.”

Now a 34 year-old mother of two, she hasn’t stopped giving. Last year, she bought her mother and siblings a home, posting the video of the big surprise on her Instagram, which showed her mother clapping and crying at once, overwhelmed with disbelief and joy.

This is the magnetic paradox of Dimples Romana that everyone can’t seem to get enough of: she's an over-the-top, self-absorbed kontrabida who relishes putting everyone beneath her on-screen; and a humble, hard-working career woman off-screen, who uses her success as an actress and businesswoman only as a means to help everyone around her. 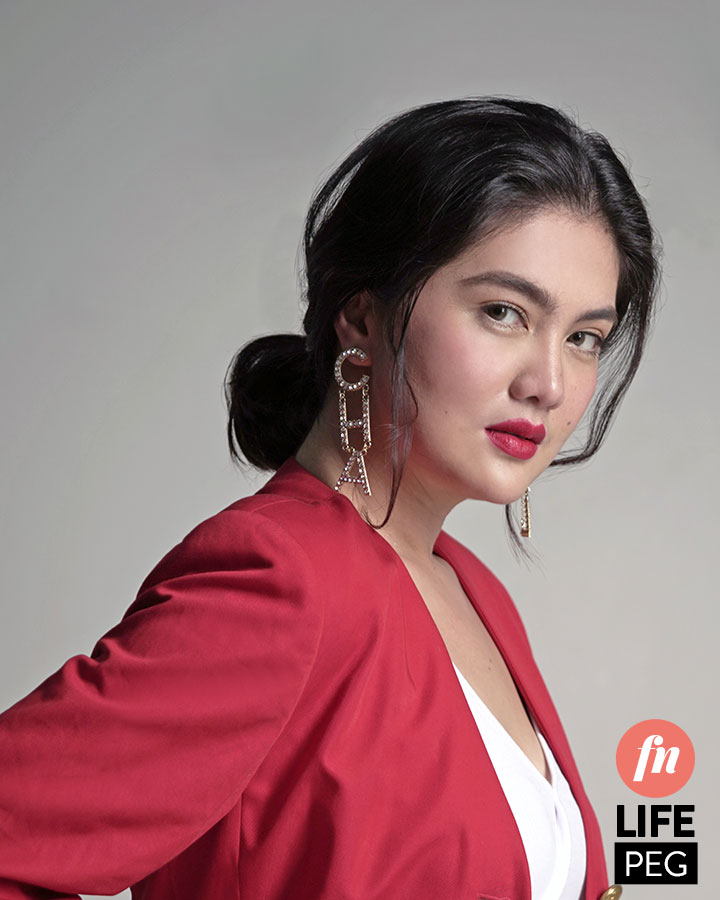 Speaking with infectious warmth and refreshing honesty, Dimples turns to look at everyone in the room as she begins each chapter of her crazy journey to success, treating each person—from the makeup artist and hairdresser to the road manager—like an old friend. “'Eto na, kakapit ka!” she says to us, over and over.

Pregnant and married at 19, Dimples and her husband struggled for years to make ends meet as they built their home. “During our wedding, no one was happy but me,” Dimples reveals, saying that both their families worried for them, and the burden of her having a baby at such a young age. “Alam mo 'yong seven-year itch? Hindi totoo ‘yon for us kasi sa amin, seven years itching,” she recalls, laughing.

Despite being young, Dimples was determined to be independent financially. She says that even when her in-laws offered to help them out, the couple resisted. “We also had our pride. We did not want to get much help from anybody. We wanted to start from scratch.” 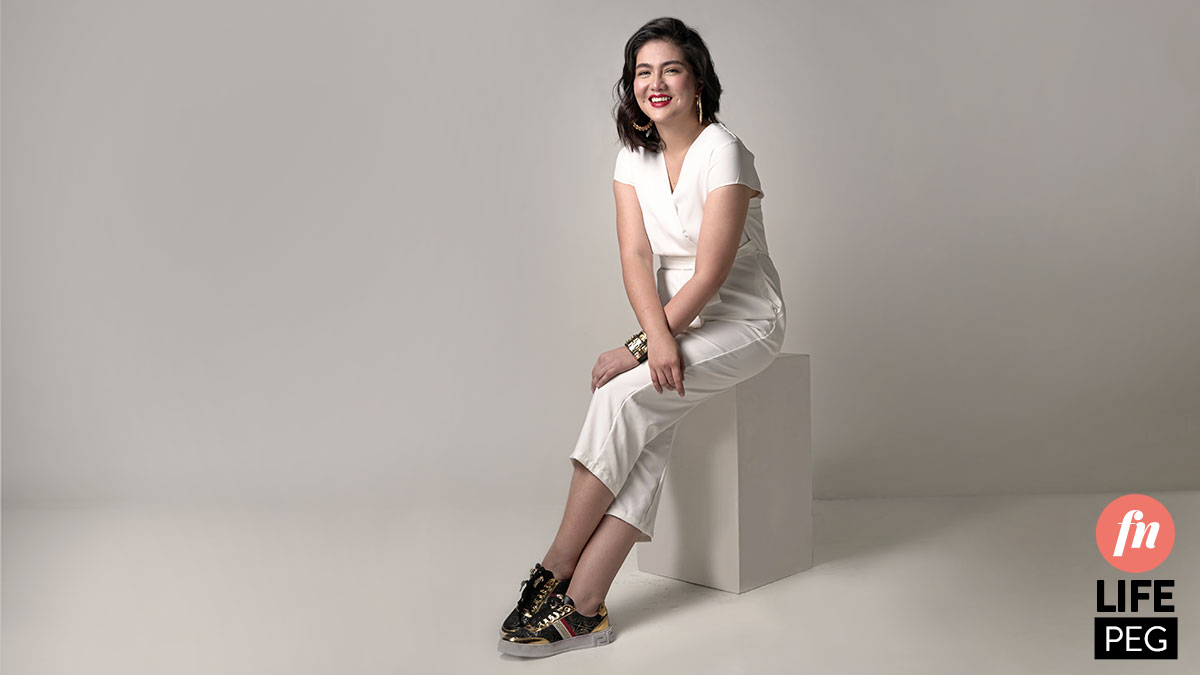 The actress shares that she became her family's breadwinner at a young age, and it's a role that she continues to joyfully fulfill up to this day.
PHOTO: Julian Rodriguez
Post a Comment

So she began to think like an entrepreneur, which she says had always been familiar to her—growing up, she watched as her mother would buy and sell 10-peso slippers from Divisoria to help support her father. While she was pregnant and could not act, Dimples similarly began a small business on the side, buying bags and learning how to make wired jewelry, then wearing them around her village to sell to neighbors.

A year into their marriage, Dimples and her husband finally accepted help from her in-laws when they offered to buy the couple a house—but on one condition: they would let the couple pay them back to the last centavo. “As much as I admired their support for us, I also felt I had to be sensitive. What if mangailangan 'yong kapatid ng asawa ko?” Nonetheless, she says securing a house early on was one of the most crucial decisions they made as a couple, giving them a sense of comfort.

“You know that moment when you feel most afraid? That’s the magical moment. That’s when you know something good is going to happen.”

Even as she struggled for stability throughout those early years of marriage, Dimples continued to provide for her mother and two siblings, helping put the two through nursing and elementary school. She did this without bitterness or complaint, as if the instinct to give were simply imprinted in her DNA: “I’ve always felt that when you give to your family, the blessings just abound. It doesn’t stop,” she says with conviction.

True enough, soon after the couple paid off the price for their house, Dimples stumbled into her first luck in real estate: discovering a 3,000 square-meter farm in Alfonso, Tagaytay. Initially looking through classified ads to buy a secondhand car, she saw the farm instead, and fell in love. She always dreamed of having her kids run around a big lot. So, feeling gutsy, she figured—why not? 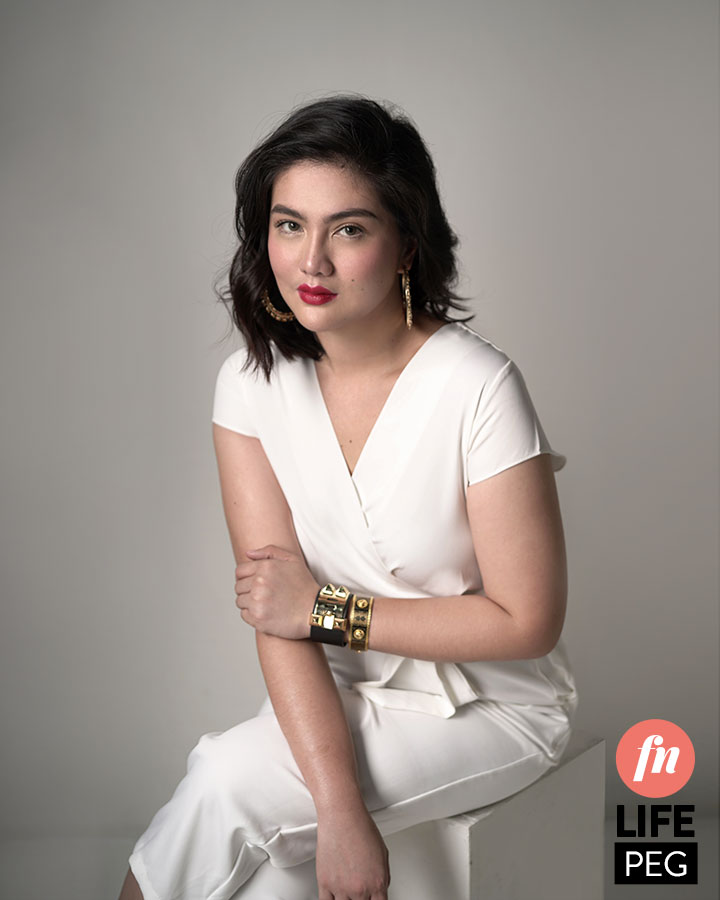 Making that decision was not simple. Her husband, whom she admits is her vital voice of reason balancing her before she takes big leaps, was initially against it. He said she didn’t have the funds to pay for it, and was anxious about loaning from outside the family for the first time. Dimples, however, chose to listen to her intuition: “I remember thinking, 'But I feel in my heart that this property is mine. I feel it. Kaya ko 'to. Kaya ko ‘tong bayaran.'”

So she prayed about it, asking God to make the process easy for her. She recalls one piece of invaluable advice her fellow co-actor, Tirso Cruz III, told her at the time: that having something to pay for would motivate her to work even harder, to push herself, to grow.

“It doesn’t matter how you begin your story. What matters is how you sustain it, and how you heal from what you go through.”

She dived in and managed to pay off the amount in only three years. Now, over a decade later, her luck hasn’t stopped: she and her husband have bought a total of 10 properties, including a beachfront, a mango plantation, and most recently, a three-story building. Each time she discerns a decision, she follows that same innate process: listening to her instinct, asking for help, working hard and working smart, and most of all, fighting her fears with a little bit of faith.

“You know that moment when you feel most afraid?” she says with a smile. “That’s the magical moment. That’s when you know something good is going to happen.”

Ultimately, Dimples says her investments in real estate give her a sense of confidence to experiment and take risks as an actress. “Hindi ka kasi makakaarte ng maayos kapag lagi kang takot. And that fear comes from uncertainty,” she says wisely, stressing the importance of having another source of income to fall back on when following your passion, in case all else fails. 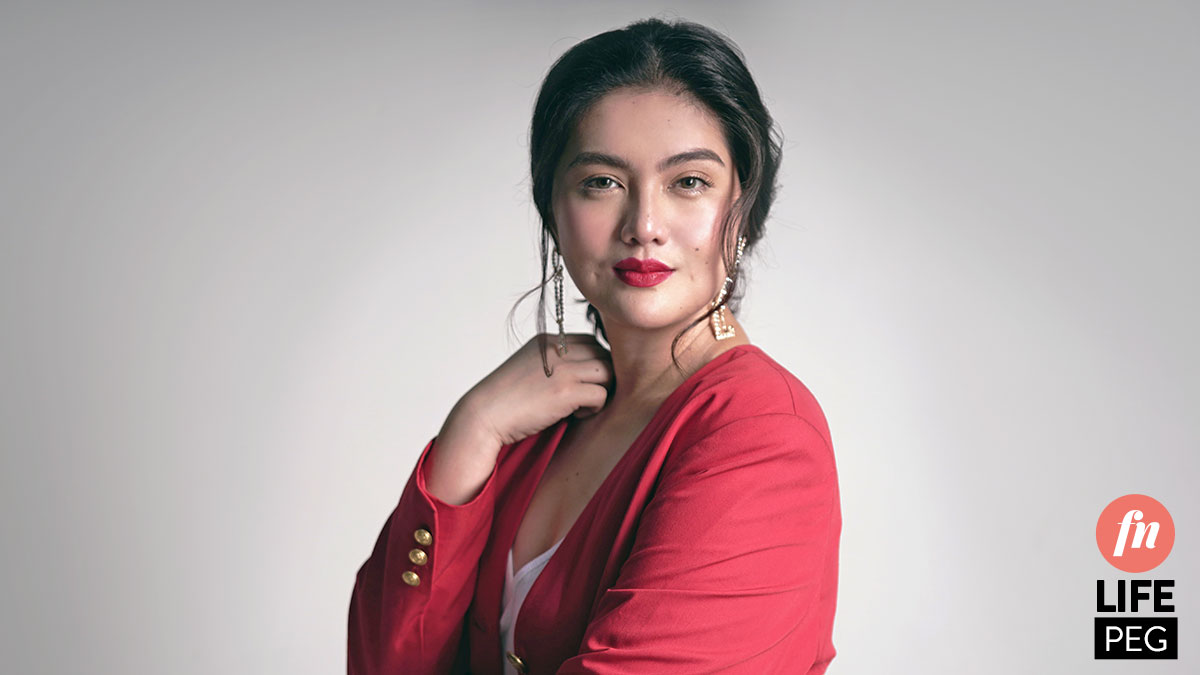 Veteran actor Tirso Cruz III once advised Dimples on working hard for her investments, "If you feel you’re not gonna pay for something, then hindi ka na sisipag... Pero, you have to push yourself all the time to grow.”
PHOTO: Julian Rodriguez
Post a Comment

Likewise, Dimples gives credit to the bold, unapologetic villainess she plays every other day, saying she’s internalized the courage of her character, which seeps into her ventures as an entrepreneur. She reflects on her past year playing Daniela, realizing that it was also a year of many firsts: from bidding on that building to investing in businesses outside of real estate, such as a nail salon and a digital marketing agency.

In spite of her immense success, Dimples wakes up each day choosing to be grateful for the little things. Never forgetting her humble roots, she sees everything as a gift: from good parking to simply being alive. She refuses to see life as a race, taking no sole credit for her achievements, and savoring every part of her journey—especially the falls—as an opportunity to learn, to teach others, and to never give up on herself.

“I learned early on in life that it doesn’t matter how you begin your story. What matters is how you sustain it, and how you heal from what you go through.” 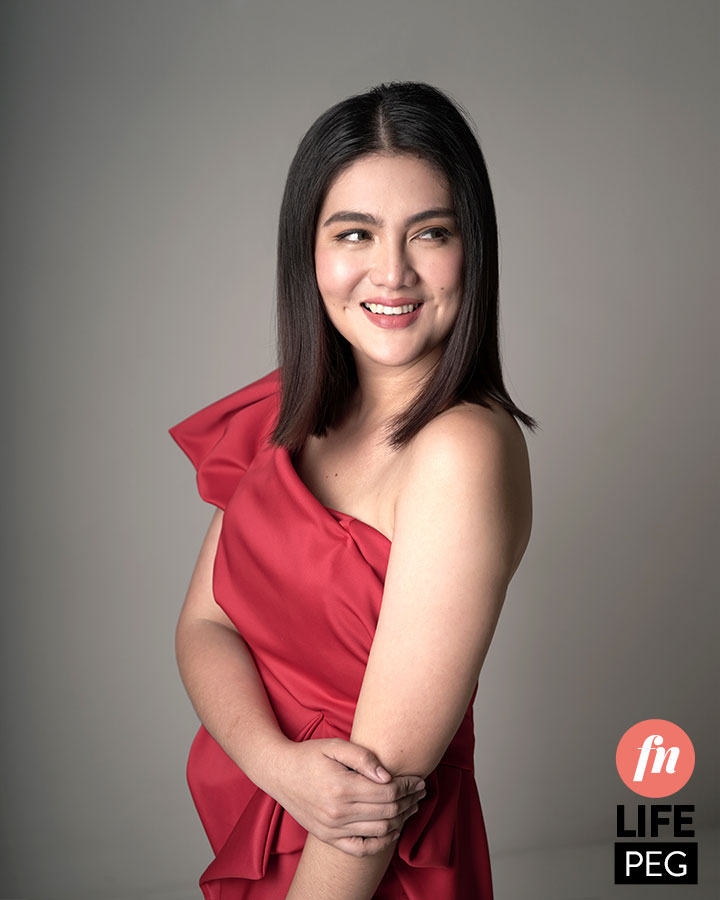 Perhaps this is why, even at her most vicious as Daniela, she has become so loved: not only does she radiate generosity and compassion, she is also unashamed to tell the world the depths of her struggles and scars, bringing hope to all those who once walked in her shoes. At the end of our interview, she harks back the days she felt like a failure as a young mother, feeling like she let down everyone else around her. “But then, even after I was married, and even after I had a baby, I was able to prove to them that it was not the end. That I can evolve. I can rise from this.”

She pauses, turning to her makeup artist. “And...totoo naman, 'di ba?” she blurts with a big laugh. Her face is now fully made up, and she’s beaming.

Special thanks to Usha 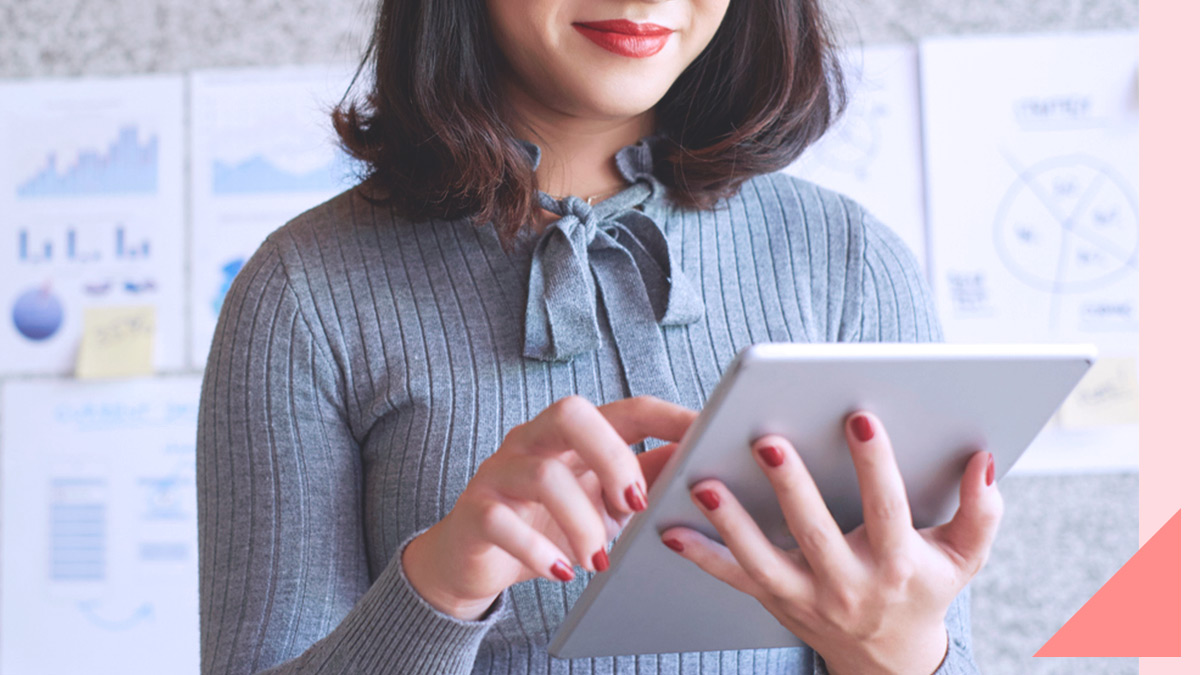 The Newest Ipad Is an Alternative for Career Women Who Hate Carrying Heavy Laptops
Read more stories about
Get the latest updates from Female Network
Subscribe to our Newsletter!