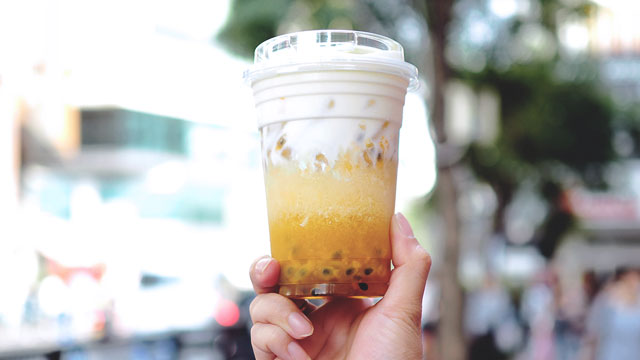 It’s surprising to think that it’s been almost a decade since the milk-tea craze erupted in the Metro. Somewhere in between all those years, the fad died down, and some thought it wasn’t going to recover. But just like all trends, it found a way of coming back, to the sheer pleasure of your milk-tea loving self. Besides no-fail milk-tea joints like CoCo or Gong Cha, which Spot.ph has included in their 2018 Top 10 Milk-Tea Places list, here are a few more shops where you can get your fix. Add these to your milk-tea bucket list!

Say hello to the newest kid on the block. Oh My Tea, or sometimes called OMT, might look like your average milk-tea shop along Maginhawa Street but don’t be fooled by their unassuming façade—not only do they offer your favorite Taiwanese tea drinks, but they have Thai-style milk tea, too! The Thai Matcha (P95) is a crowd pleaser for its mild earthy flavor that doesn’t overpower the taste buds. You can also try the Assam Sweet Caramel Cream (P140), with cinnamon powder, caramel syrup, and a thick layer of cream over OMT’s signature bold assam-tea base.

There’s a reason why Thai milk-tea aficionados love this cool beverage despite its intimidating orange hue. For one, it’s not as sweet as it looks. Plus, it tastes great! Cha Tuk Chak specializes in this unique and brightly colored drink that started in Thailand. The Cha Yen (P110/regular, P125/large) is the joint’s take on the classic Thai drink, made with condensed milk and their secret tea mix. If you need a tasty pick-me-up in the middle of the day, this is it!

Originally from the Land of Milk Tea, a.k.a. Taiwan, Sharetea boasts of a wide selection of the famous drink. Their menu varies from classic flavors to more out-of-the-box ones like the Matcha Red Bean Milk Tea (P100/regular, P110/large), which combines the earthy goodness of matcha with the natural sweetness of adzuki. Not that adventurous? Their best-selling Green Tea Yakult (P80/regular, P95/large) is an easy choice for newbies (who doesn’t like Yakult, anyway?).

A post shared by Sharetea Philippines (@shareteaphilippines) on Jul 26, 2018 at 1:57am PDT

Simple Line is one of the most underrated milk-tea places in the Metro. This quiet little shop has gained popularity among tea-loving students around Manila, with branches in Teachers Village and near University of Santo Tomas, to name a few. Their concise one-page menu is proof that they’re as simple as they can get—no cream-cheese toppings, no Yakult combinations, no three different types of tapioca. But their soothing Royal Oolong Milk Tea (P60/medium, P75/large) can keep your cravings satisfied throughout the day.

Simple Line has branches all over Metro Manila.

Tokyo Bubble Tea has been quietly making creamy cups of tea around the Metro for quite some time now, but that doesn’t mean they’re out of the game. What’s special about this milk-tea shop is it’s also a modern Japanese restaurant with cute interiors that are perfect for chilling with friends. Their Japanese Cheesecake Cream line is something you shouldn’t miss, with the Matcha JCC (P105/medium, P115/large) as the star. Besides its creamy matcha base, it’s topped with even creamier cheesecake froth for that extra oomph you wouldn’t be able to resist.

When it comes to milk-tea quick fixes, count on Bon Appetea to sate those hankerings. With over 10 branches all over the Metro, the bubble-tea shop is a pro at whipping up creamy and fruity drinks for whatever mood. Their Kiwi Yakult (P60/small, P80/medium, P90/large, P120/extra large) tastes exactly the way it sounds—tangy-sweet kiwi essence with a splash of that familiar smoothness of Yakult. And unlike other milk-tea shops, Bon Appetea offers their drinks in four sizes! We’re sold.

A post shared by Bon Appetea Perpetual Biñan (@bonappetea_perpetual_binan) on Sep 15, 2018 at 5:03am PDT

Those who frequent Teachers Village or Katipunan might know Moonleaf a little too well—the milk-tea joint is popular for their easygoing vibe that’s perfect for studying or hanging out. Plus, they’ve got a wide selection of teas that’ll please the pickiest drinkers! Their best-selling Lychee Jasmine Tea (P75/regular, P85/tall) is probably one of the most refreshing beverages you’ll have, with a bold green-tea base coupled with sweet and tangy lychee syrup. Don’t forget their yummy pearls!

Despite having only two branches in the Metro, Coldlayers Café is worth the drive for their exclusive Yakult Slush menu. In fact, their Special Yakult Tea (P130/medium, P140/large) is an all-time favorite, with strawberry and passionfruit flavors for an energizing experience. Purists don’t need to worry either because they also have classic milk-tea selections.

This low-key Thai-beverage shop right smack in the middle of the mall is a gem—and even though their menu consists of only 10 items (yes, 10!), you’re sure you’re going to enjoy every sip. The Ice Black Tea (P60) is the most basic drink on the menu, but hardcore Thai milk-tea fans will love the Ice Milk Tea (P85) for its balanced sweetness and creamy and silky finish.

Black Scoop Café might be best known for their famed milk tea-flavored soft-serve ice cream, but what many don’t know is they’ve also got really great milk teas. The café is by the same makers of Infinitea, so you bet they’re at the top of their game. Their cream cheese-topped milk teas are tasty, but what really deserves a shout out is their Brown Sugar Latte (P110), a sweet concoction of milk and a heaping serving of brown-sugar pearls. It’s IG-worthy, too!

Get the latest updates from Female Network
Subscribe to our Newsletter!
View More Articles About:
Manila Drinks Milk Tea
Trending on Network 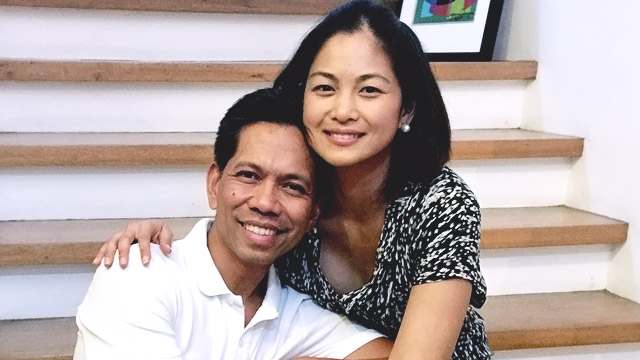 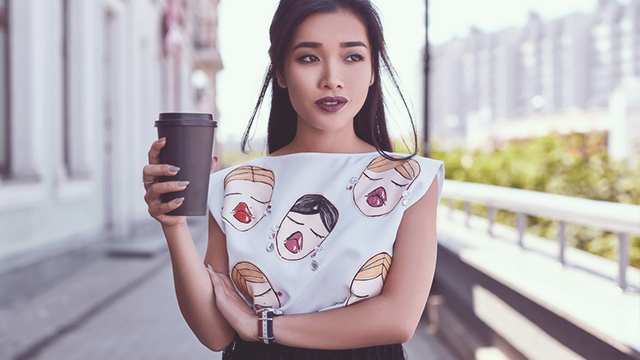