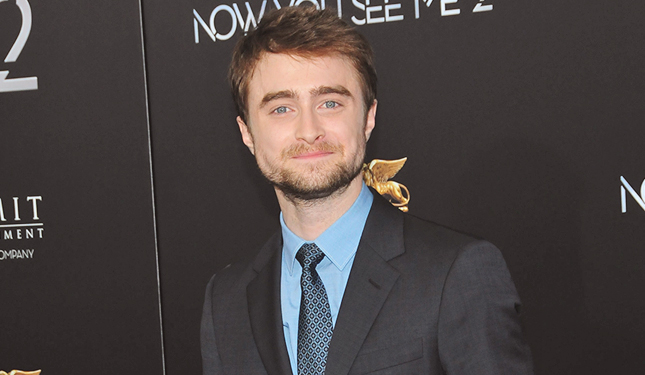 Daniel Radcliffe hasn't ruled out a potential return to his Harry Potter role.

The 26-year-old actor was an unknown before he landed the role of a lifetime when J.K. Rowling's books about the child wizard were turned into a multi-million dollar movie franchise. He made his debut in film Harry Potter and the Sorcerer's Stone back in 2001, and Daniel starred as Harry in a further six outings until the final movie, Harry Potter and the Deathly Hallows: Part 2 in 2011.

Daniel has since enjoyed huge success away from the franchise, but says in a new interview that while he isn't considering a reprisal of the Harry role any time soon, he isn’t completely ruling it out.

"It would depend on the script," Daniel told Britain's Radio Times magazine. "The circumstances would have to be pretty extraordinary. But then I am sure Harrison Ford said that with Han Solo and look what happened there,” he laughed.

"So I am saying 'No' for now, but leaving room to backtrack in the future."

Harrison, 73, famously reprised his role as Han in the recent "Star Wars: The Force Awakens."

Harry Potter remains popular, and a new play in London’s West End from writer J.K. Rowling, Harry Potter and the Cursed Child, is currently sold out until May, 2017.

The actor can next be seen in Now You See Me 2, which once again sees him showing off his skills in the magic field. But Daniel didn't realize the similarities between his new offering, the sequel to 2013's Now You See Me, and Harry Potter until someone pointed it out to him.

"They were like, 'You are going to get loads of questions about magic again', and I went, 'Oh, damn, I guess I am!'" he said.

"If people want to find a correlation, they will. I should probably pay more attention, but for me Now You See Me 2 was a new type of role. I have never played a part like this in a film like this and didn't think about the connection to magic."