U2 Dedicates Song to Maria Ressa, Women Who Are Rewriting History

"When women of the world unite to rewrite history as herstory, that's a beautiful day," said Bono.
by Cielo Anne Calzado | Dec 12, 2019 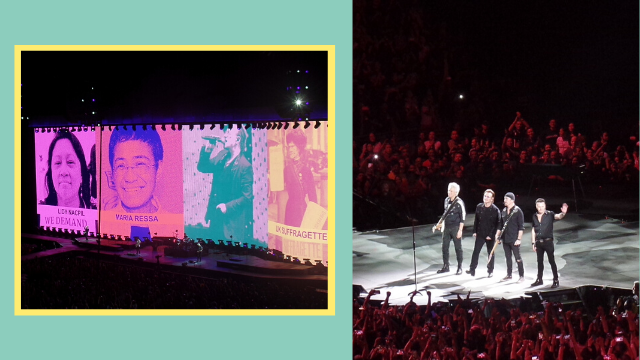 After four long decades, Irish rock band U2 finally played their first concert in the Philippines on December 11. Speaking to a full house at the Philippine Arena, Bono thanked the fans for their patience and promised an "epic night," and it was indeed an experience. From the production to the setlist, The Joshua Tree Tour treated everyone to a trip down memory lane, with the band playing hits like "New Year’s Day", "Pride (In the Name of Love)", "With or Without You", and "I Still Haven’t Found What I’m Looking For."

Though a rock concert with a lot of singing, dancing, and jumping, the show was also heartwarming and inspiring—with Bono sharing uplifting words of wisdom to the crowd. The band’s front man met with the Philippine Red Cross a day before the concert and he made sure to recognize not only the work of its volunteers but the contributions of journalists to society as well. "Also in our prayers, let’s keep the journalists, the truth tellers, the activists who keep this country spiritually safe. We salute you," he shared before singing a few lines from David Bowie’s song, Heroes. 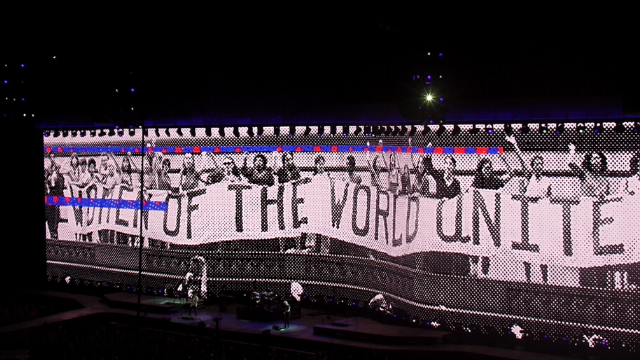 At one point during the show, Bono divulged that the night marked the band’s 2050th show. "From our single island to your thousand islands, thank you for making us feel welcome," he told the energized crowd. Known for addressing social and political issues through their lyrics, U2 turned the spotlight on women who are making an impact all over the world. After singing Beautiful Day, Bono acknowledged the role women play in history. "When sisters around the world go to school with their brothers, that’s beautiful day. When journalists don’t have to worry about what they write, that’s a beautiful day. When women of the world unite to rewrite history as herstory, that’s a beautiful day," he exclaimed.

Before the night ended, the band dedicated Ultra Violet (Light My Way) to Rappler CEO, Maria Ressa. As the band played the song, photos of women who are changing history are flashed on the screen. Not to be left out are the Filipinas who are rewriting history in their own way such as Grrrl Gang Manila, #BabaeAko, Lidy Nacpil, Lea Salonga, and Marinel Ubaldo. They also featured Melchora Aquino and the late Corazon Aquino.

"Women who light up history. Your own Maria Ressa is an incredible woman, but the extraordinary thing is, even Maria will say it’s not about individuals. It’s about collective action. It’s about social movements. And so then all of you can grow up to be the President or Maria Ressa, that is the wonderful gift that is the Philippines," Bono shared. Before bidding the crowd good night, U2 capped off the historic show with a performance of One, a fitting ending to an incredible concert experience.

More From FemaleNetwork.com
Get the latest updates from Female Network
Subscribe to our Newsletter!
View More Articles About:
Entertainment News U2 Concert
Trending on Network 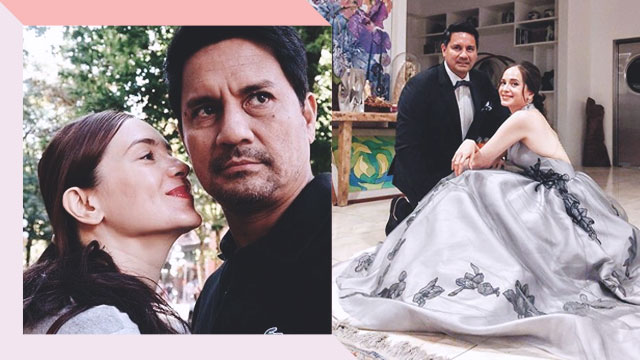 Entertainment
Richard Gomez Recalls How He Proposed to Lucy Torres 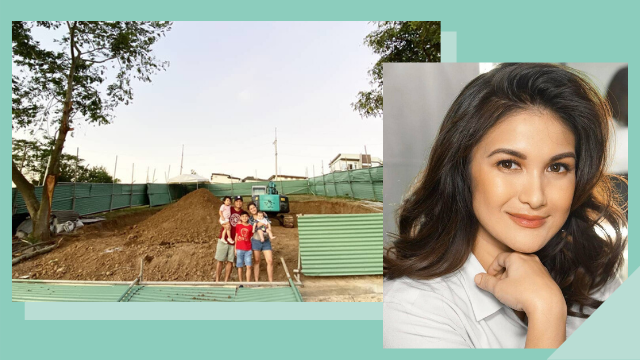