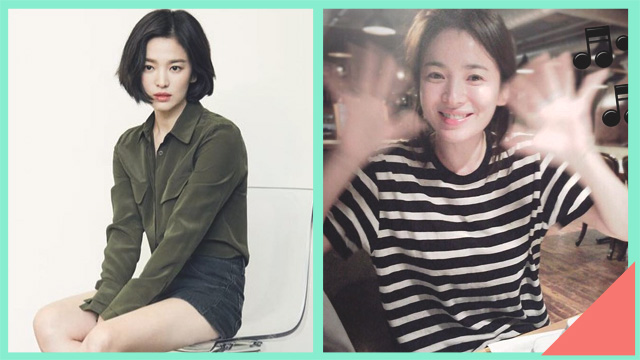 Hallyu star Song Hye Kyo, who is celebrating her birthday this month, is set to star in a new K-drama about the fashion industry called Now, We Are Breaking Up! ICYMI, the actress has been part of the showbiz industry for more than 20 years now.

In a February 2019 interview with Elle, Hye Kyo was asked for her thoughts on her successful career, and she said: "It didn't mean much when it was my 20-year anniversary two years ago either. Just because I've been [acting] for a long time, it doesn't mean that I've become used to it. I'm constantly feeling nervous and excited when I start new projects. For every project, the last day of filming is the only time I can praise myself. It's to say, 'You've finished another one, you did well.'"

And because we love her (we know you do, too), here are 10 must-know facts about Song Hye Kyo:

Song Hye Kyo was reportedly born in the Dalseo District of Daegu, South Korea. Here's an adorbs photo from her childhood:

2. Before becoming an actress, Song Hye Kyo was a trained figure skater.

It was her dream to become an athlete.

3. She started modeling when she was 14 years old.

In 1996, her parents entered her in a modeling contest, and of course she won!

The drama, which is also known as Endless Love, told the tragic story of young siblings Joon Suh (Song Seung Heon) and Eun Suh (Song Hye Kyo), whose lives are shattered when it is discovered that Eun Suh is actually someone else's daughter.

Since then, Hye Kyo has starred in the popular shows Full House, Descendants Of The Sun, Encounter, and many more!

The pair fell in love while on the set of the 2016 drama Descendants Of The Sun and they got married in October 2017.

It was on June 27, 2019, when news broke that the SongSong couple was getting divorced. Hye Kyo's official statement said that their reason for their divorce was "differences in personality."

The full statement from her agency reads: "We find it unfortunate that we are greeting you with unhappy news. After careful consideration, actress Song Hye Kyo and her husband are taking the first steps toward a divorce. The reason [for the divorce] is differences in personality, and because the two were unable to overcome their differences, they were forced to come to this decision. We respectfully ask for your understanding in regards to the fact that we cannot confirm any further details out of respect for the two actors' personal lives. Additionally, we urge you to refrain from making scandalous posts and speculative comments."

6. She was a host for the variety show Music Bank.

Soompi reports that at the beginning of her career, Song Hye Kyo was a Music Bank MC from May to October 2000 while she was shooting Autumn In My Heart. She was only 19 years old!

7. One of her celebrity best friends is actor Yoo Ah In.

They work under the same label. For her birthday in 2019, Yoo Ah In even posted a greeting on Insta with the caption: "LONG LIVE THE QUEEN."

8. She can speak in Korean, English, and Cantonese.

According to Tatler Hong Kong, Song Hye Kyo took a two-year hiatus in 2003 to learn English in the United States. She also studied Cantonese for the Wong Kar Wai film The Grandmaster (2013). And speaking of Wong Kar Wai, Song Hye Kyo said that she wants to collaborate with the director again: "I want to work with him again. As time passes, I'm getting older and my face has changed, so I'm curious about the different images of myself that might appear if I meet him again."

9. She made her "Hollywood debut" with the film Make Yourself At Home.

The independent film, also known as Fetish, was released in 2008. It tells the story of a Korean woman who moves to New Jersey and becomes "obsessed" with her neighbors!

10. She enjoys late nights by herself!

In a fashion film for the brand Bottega Veneta in April 2020, Song Hye Kyo shared, "I personally enjoy late nights. I feel like I can make the most out of my free time alone." Same, gurl, same! 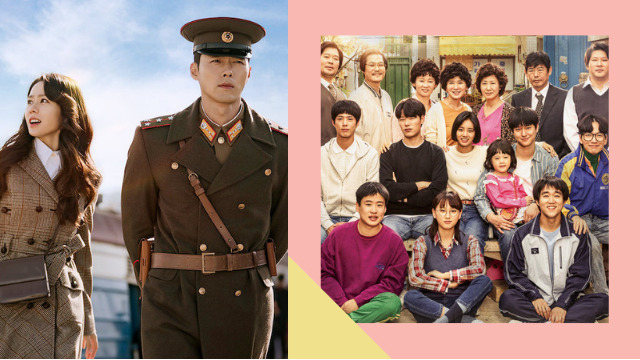 Entertainment
The Top 40 Highest-Rating Korean Dramas of All Time 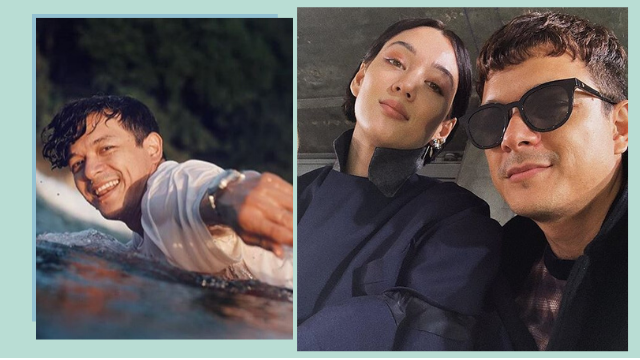