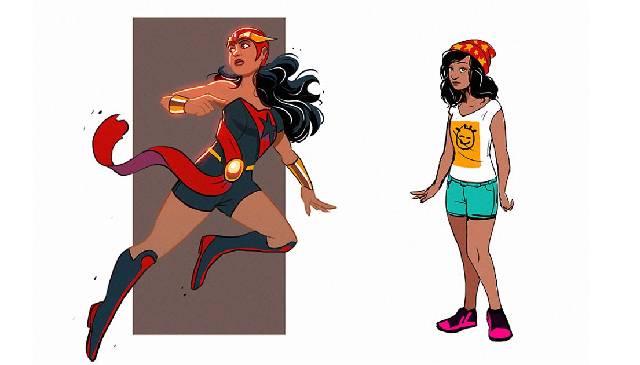 The hashtag #SigawDarna has been trending on various social media websites, and several artists have been sharing their versions of the beloved Pinay superhero, which—believe it or not—are all fan artworks based from the rejected Darna pitch of Jemuel Bernaldez and Carljoe Javier. Jemuel’s take on Darna featured a reimagined costume and a morena look. This was supposed to be for a comic that will be released alongside the upcoming Darna movie starring Liza Soberano.

The post garnered so many comments, shares, and even suggestions from netizens, that fellow artists Rob Cham, Rian Gonzales, and Cy Vendivil, along with Jemuel and Carljoe, wanted to make the discussion easier to track, thus the hashtag #SigawDarna.

“It started when Jemuel posted the rejected comics pitch that he and Carljoe worked on for Darna, their take was fresh, exciting, and new. Can't really get into the details of what publishing house and why it was rejected, suffice to say there was a lot of us in the local comics community that saw this and were astounded,” comic book creator and illustrator Rob told FemaleNetwork.com in an interview. “It was shared around and got traction and that's when comments started pouring in mostly from our fellow Filipinos, revolving around how Carljoe and Jemuel diverged too much from the material, how it didn't deserve to be accepted because Darna is supposed to be /this way/ or how their take was too Social Justice Warrior, when I'd say that they just wanted a Darna that looked Filipino rather than the usual pale skinned Darna, and the costume was practical instead of a bikini.”

He added: “I shared the post on Twitter as well, and sites picked up on it and more comments flooded in and me, Carljoe, Rian, Jemuel, and Cy kept getting into discussions with people. They kept saying that this wasn't accepted because Darna is supposed to be this male sex fantasy, or how our colonial mentality where whiter is better means Darna should embody that, or how it should always remain faithful to the source material.”

Rian (AKA Rianbowart) suggested that they should make an official Twitter hashtag for the topic. Jemuel then came up with #SigawDarna. Rob wrote a call for artist pitch and posted it on his social media accounts, and the rest, as they say, is history.

But #SigawDarna is more than just a trending topic filled with cool concepts, awesome artworks, and some mean comments here and there. #SigawDarna aims to explore more of the superheroine than what we’re used to.

“As a Filipina illustrator working for international comic companies doing their best to stand for diversity in the medium, I was frustrated to see negative feedbacks regarding a much fleshed out, youthful and morena Darna,” Rian shared. “Many commented on how Darna should look flawless, skin white as snow, like a goddess to be admired from afar and is out of anyone's league. To me, we've always had that narrative for 60 plus years when she came into popularity.”

She added: “So, now that it's 2019 and people are more open to representation, I felt that with Darna's influence, as the most popular Filipina superhero to date, she can open our minds that anyone can be a superhero. That she can be your friend! Like a concept, people can look up to apart from the mestiza looks and Coca-Cola bottle physique.”

Carljoe, COO of PumaPodcast and the one who worked with Jemuel on the pitch, says that though the hashtag got a lot of submissions, some still want the conventional Darna.

“We got was a lot of really aggressive pushback. And to put this in context, we got a lot, a whole lot of love for the designs. Lots of people shared them, lots of people commented, fan art was already getting made. But the vocal and loud minority was very very aggressive about demanding more of the same,” he said.

Nevertheless, he’s still happy about the outcome. “You see all of these different takes on Darna, versions that represent all kinds of people, who have all kinds of looks, who come from all kinds of backgrounds. Rob says it in some tweets, Darna can be anyone,” he shared. “So I like that when people draw it, they say, hey here’s ‘MY DARNA.’”

As for freelance illustrator Cy, the hashtag is a celebration of what Darna represents.

“We can't do anything about what mainstream media feeds us, but we can definitely mobilize on the internet. And provide discourse that Darna can be in many forms whilst maintaining what she stands for,” he explained.

Apparently, all the artists were surprised by the traction that the post got. Even Jemuel and Carljoe were shocked by the development.

“I just thought I needed an update on my art page. And that this (the rejected Darna pitch) was a dead project na,” he said. “I personally call this ‘failing upwards’ ha-ha.”

“The hashtag just served to further inspire people. I think we tapped into a need and a feeling that people have,” Carljoe said “They want to see superheroes who look like them and represent them. And it’s like in those movies about oil, like we just managed to hit the spot and all the gold started flowing out.”

Here are some of their versions: 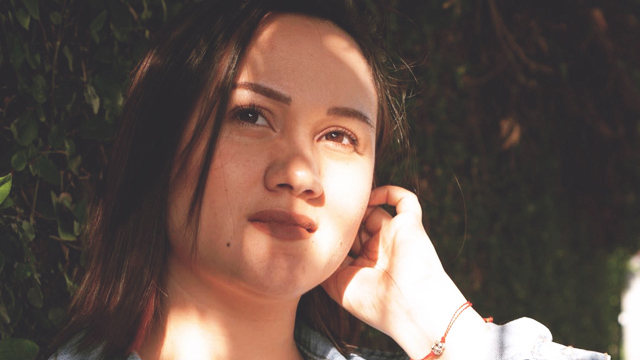 Entertainment
Melissa Ricks on Being a Single Mom: 'It's okay to make mistakes' 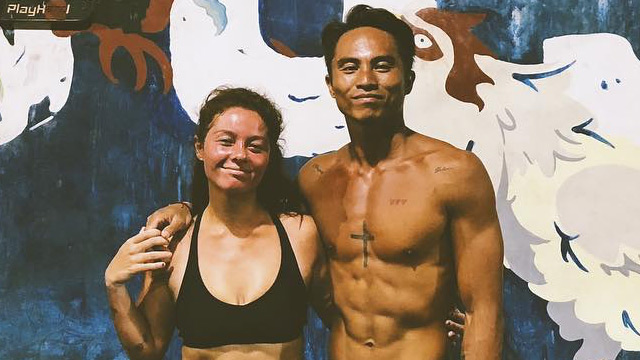