Rica Peralejo, Sitti Open Up About Personal Struggles with APAS

Rica Peralejo and Sitti Navarro are among the celebrity moms who openly shared about their struggles with APAS.
by FM Ganal for Pep.ph | Feb 3, 2019 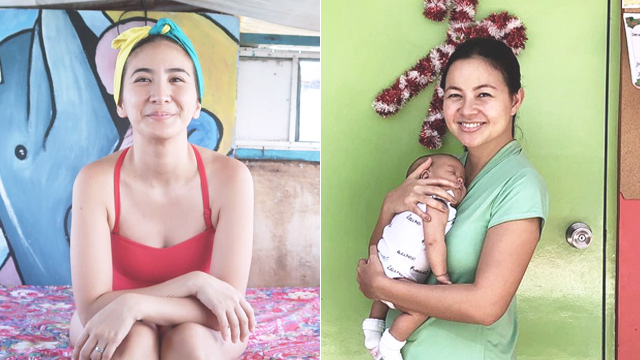 Rica Peralejo, four months pregnant, and Sitti Navarro, mother to a two-month-old baby girl, have been candid on social media about their struggles with the autoimmune disorder known as Antiphospholipid Antibody Syndrome or APAS.

According to SmartParenting.com.ph, APAS "occurs when the body makes antibodies that mistakenly attack phospholipids, a type of fat found in the blood.

"This then causes blood clots to form in veins and arteries, which can lead to numerous problems and complications."

This autoimmune disorder can be especially scary for pregnant women since its complications can cause miscarriage or stillbirth.

APAS has five categories. Miriam Quiambao and Nadine Samonte, both pregnant, have this condition as well.

Sitti chronicled her experience with APAS on her personal blog in August 2018, three months before giving birth to her daughter, Issiah.

The bossa nova singer had heard of APAS before her pregnancy, but did not understand what it was all about—until her diagnosis.

She wrote, "I have heard some stories of a mother's blood attacking the fetus or the sperm, and while shocked at first that situations like that actually occur, I would just sadly empathise, murmur a 'kawawa naman', then move on to my next thought agenda for the day, the couple being talked about shelved, the condition noted yet forgotten.

"Until I found out that I have APAS, too."

Sitti was prescribed probiotics by her immunologist to manage her condition.

To address this, Sitti was given blood thinners.

She wrote, "This medicine is heparin. I was to inject it on my subcutaneous fat everyday, initial prescription for twenty days.

"When I went to the drugstore to purchase it, I was astounded by the price—it retailed at P478 per piece!—thereafter I called Joey [Ramirez, her husband] and told him that we were going to be spending a lot for the next couple of weeks, but hopefully not for my entire pregnancy."

The fifth category referred to Sitti's "slightly elevated natural killer cells," which could attack the baby in the womb.

Sitti was glad to have her condition checked early. On November 4, she gave birth to her daughter, Issiah.

In one of her Instagram posts, she captioned, "To my fellow PCOS/APAS patients who are having difficulty conceiving or keeping a baby, here is our daughter, to give you hope that nothing is truly impossible with the Lord.

"That everyday He is making miracles, and that every time in every situation, His timing and His Will is perfect.

"Meds taken aside from pre-natal vitamins:

It has been an emotional pregnancy journey so far for Rica Peralejo and husband Pastor Joseph Bonifacio.

They are expecting a baby after two miscarriages.

In her recent YouTube vlog, Rica revealed that her condition "is quite near to some markers" of APAS.

Her doctors have prescribed a lot of medicine.

"Actually, it has been trimmed down already.

"In the beginning, I had to be taking seven pills in the morning, five pills at lunch, and three in the evening.

"'Tapos meron pa mga intravaginals, and plus the fact that I have to inject myself every day with Innohep...

"Medyo may pasa-pasa na yung tiyan ko because of the needles."

Innohep is one of the measures to manage blood from thickening and clotting.

Rica continued, "I have to take a lot of medicines. I don't like it, to be honest...

"... but also, at the same time, there is no other solution that I could find.

"And for now, this what I feel is going to give us peace in being able to keep the baby inside of me.

"So far, we've passed the mark. The first miscarriage was at, I think, 12 weeks.

"I found out there was no heartbeat, but the baby was only sized at eight weeks.

"The second one didn’t go past six or seven, pero no heartbeat na talaga 'yun.

"Probably by the the time you’re watching this, I’m on my 18th or 19th week already."

Toward the end of her vlog, Rica gave a shout-out to new celebrity mom, Sitti.

She said, "One of the people that I was able to talk is Sitti...

"She has been very, very helpful to me.

"She helped me source my medicine, go to the right doctors...

"... teach me about how to put in the needle because I was so scared!

"And she was like, 'Yes, you're going to have to in the entire thing!'

"Sitti, thank you so much." 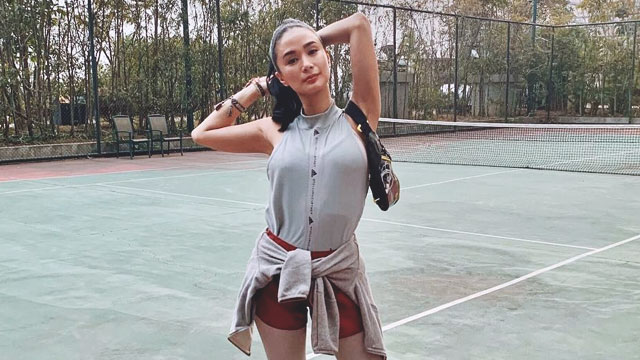 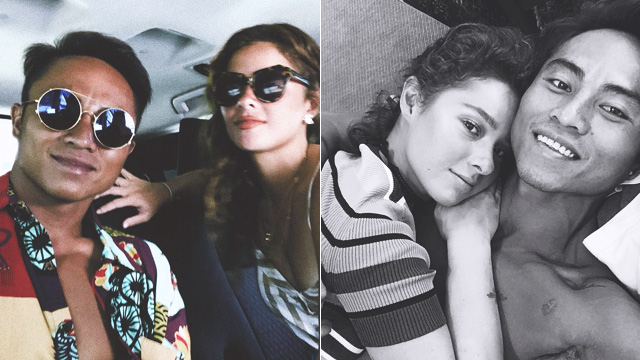