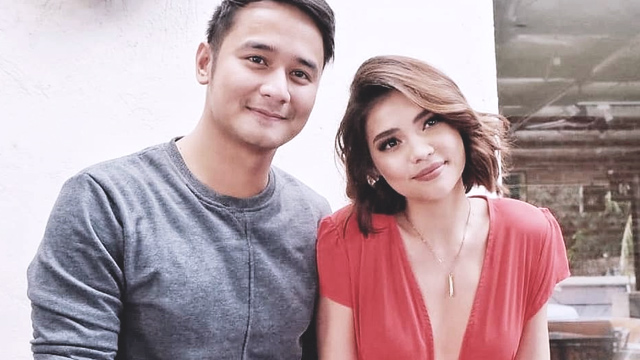 After starring in the film Kung Paano Siya Nawala, fans have been speculating that there might be something more than just friendship between co-stars JM De Guzman and Rhian Ramos.

Along with these rumors, fans on Twitter also think that there's a rift between Barbie Imperial and JM, who starred in the TV series Araw Gabi and who have been romantically linked until recently.

Since the rumors started, Rhian has been the target of online bashers, who are avid supporters of the JM/Barbie (also known as JuanBie) love team. And although he didn't address the issue directly, JM posted an apology on Instagram for Rhian. Part of his caption reads, "Stay strong, alam ko medyo masakit na. I'm sorry. Ingat lagi kaibigan."

Rhian commented on JM's post and stressed that she would always be there to support him: "I always appreciate how you always come out of pain stronger, smarter, and better. Don't ever lose that about you. But if you ever need an extra push, you know I'll be there for you. It ain't easy, but thank you for the friendship and thank you for this."

On Wednesday, November 28, Barbie posted a vague tweet, saying, "Young but not stupid," which once again made fans think that there's a problem. Some even noticed that Barbie and JM actually unfollowed each other on Instagram!

Most recently, in an interview with PEP.ph, Rhian admitted that she's been through this kind of controversy before and that it doesn't really bother her anymore. There are times when she feels that she's "too old for this nonsense."

Rhian also cleared that she and JM are just friends. She appreciated his apology and commended that he was trying to be a gentleman about the situation.