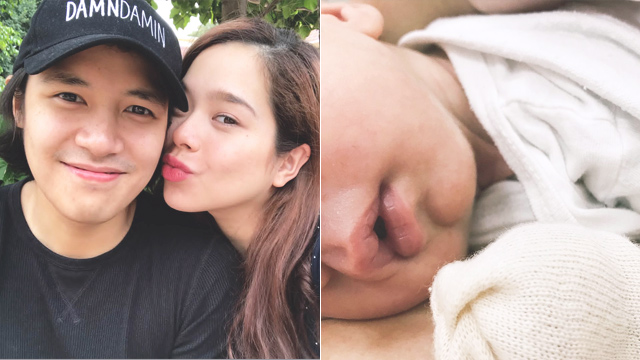 On April 1, in celebration of Easter Sunday, the 29-year-old Cheats singer introduced her son, named Pancho Gerardo, to the public. According to her caption, their baby boy is finally "coming home soon."

Here's the full photo of Baby Pancho. Her caption: "Happy Easter from the cutest burrito."

It was just a few days ago that Saab revealed the name of their baby girl who passed away on the day of her delivery: Luna Isabel.

The Adarna actress first shared the news of their daughter's death through a blog post titled "Heartbroken But Hopeful" on spellsaab.com.

Get the latest updates from Female Network
Subscribe to our Newsletter!
View More Articles About:
Celebrity Babies Saab Magalona
Trending on Network