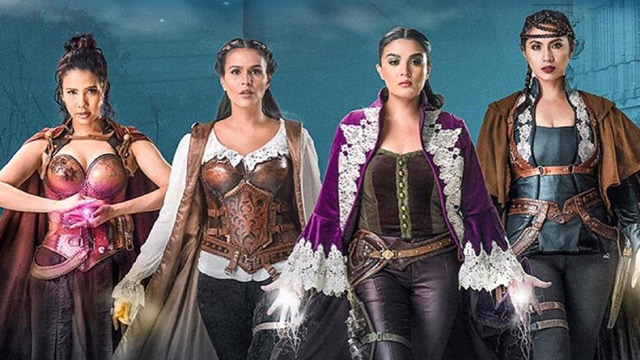 Mystified is a story about four friends reunited to fight evil. The film is directed by Mark Reyes. It will be out this March exclusively on iFlix Philippines, for free.

Mark Reyes, along with Gil Tejada, Jr., directed the original Encantadia series which premiered on the Kapuso network in 2005.

Mystified is dubbed as "2019's biggest and grandest reunion project."

In an interview with Pep.ph, Sunshine Dizon shared that the original Encantadia series is iFlix Philippines' "number one Pinoy series," that’s why the subscription video on demand service, in partnership with the four OG sang'gres' production company, Sang'gre Productions, decided to do this project.

Most of the scenes were shot in the beautiful provinces of Bulacan, Batangas, and Bataan.

Meanwhile, the four stars of the film couldn't help but share their excitement in their respective Instagram accounts.