It fueled speculations that the wrong winner was announced on the coronation night.
by Cass Lazaro for Cosmo.ph | Aug 4, 2022

But if you think all drama and festivities are over, think again. Just recently, Miss Iloilo representative Karen Laurrie Mendoza, who made it to the Top 12, took to Instagram to take a subtle swipe at BBP through a series of cryptic Instagram stories.

It all started when she posted an answer to a question asked by a pageant page. She wrote, “I was asked [sic] by a pageant page. If there is one girl you would like to win the international crown aside from yourself, who would it be and why?

“My co-repeater Gabbie Basiano. Please watch @theqrownph for proof. And take a good look at the next photo.” 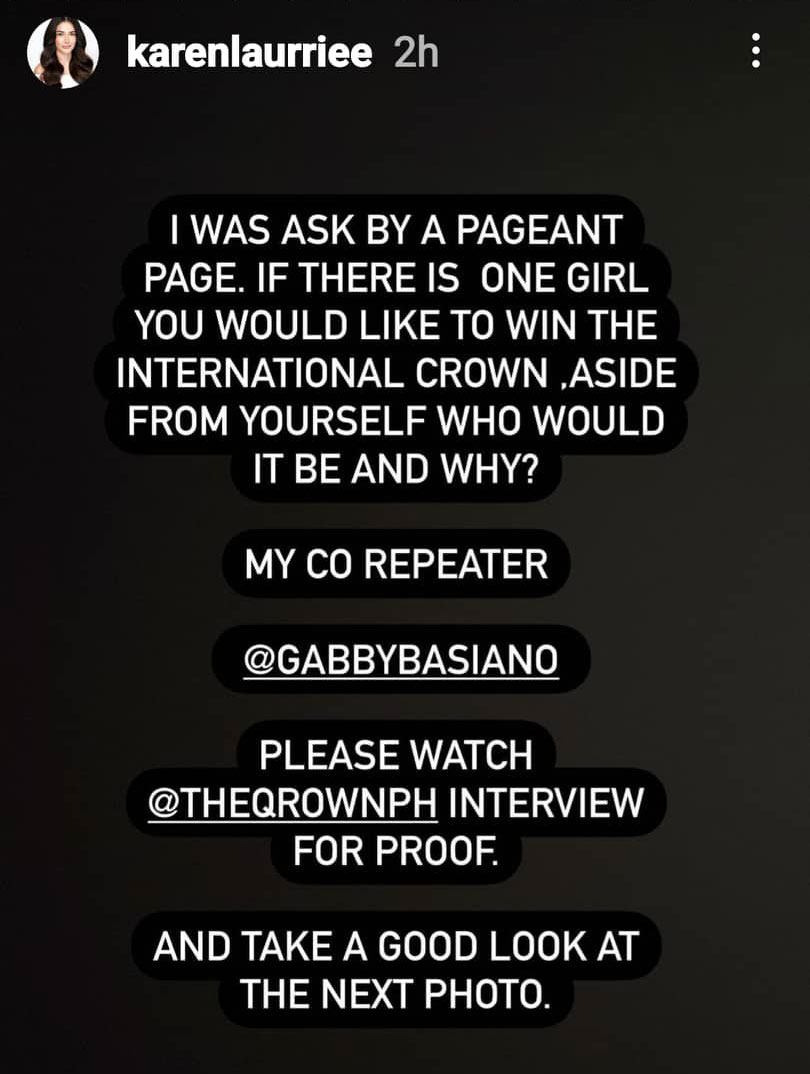 The aforementioned photo quickly went viral, fueling speculations of anomalies during the winner’s announcement. In a clearer version posted on another page, it shows Bb. 17 as Bb. Pilipinas-Globe, while Bb. 23 and Bb. 28 are Bb. Pilipinas-Intercontinental and Bb. Pilipinas-International, respectively.

If the photo is of any indication, Gabbie should’ve been crowned the highest title rather than Nicole. 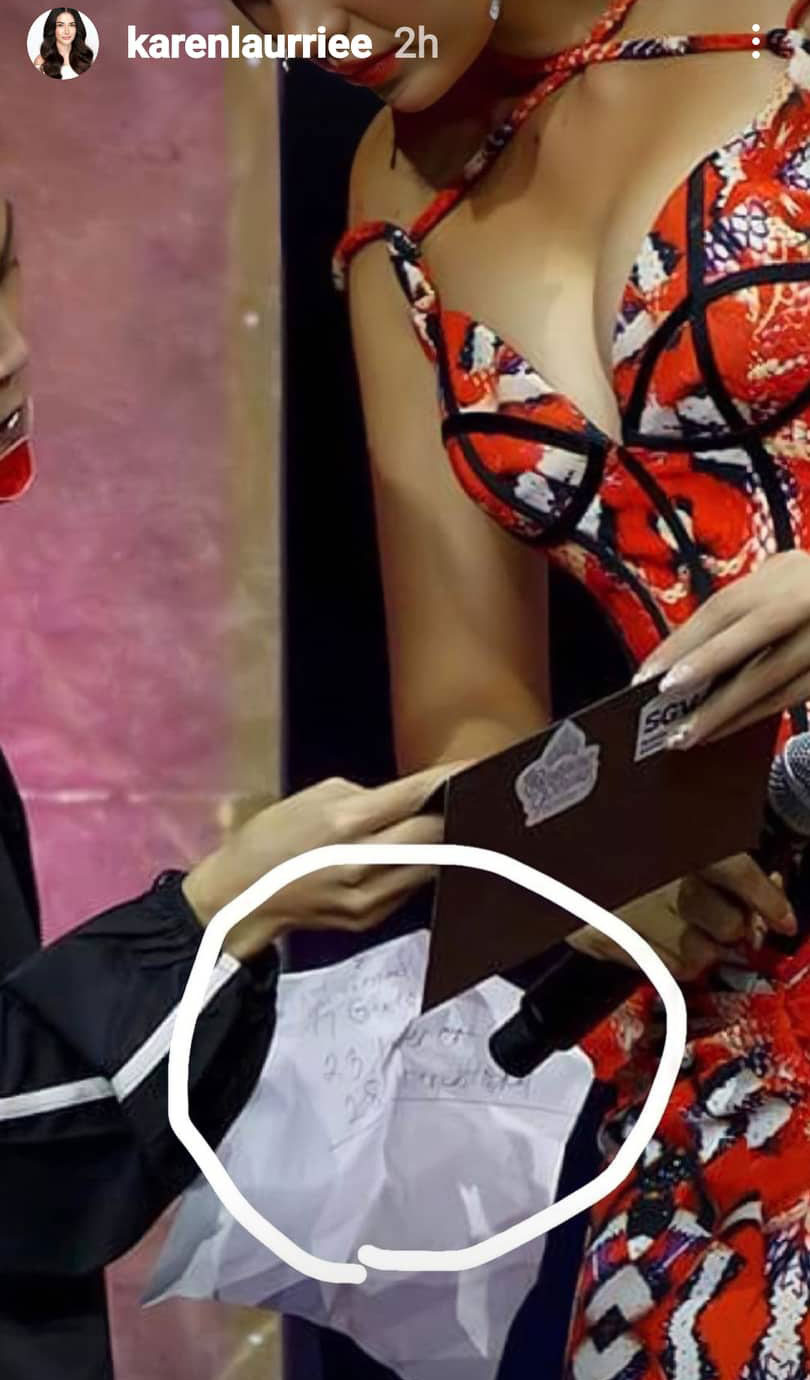 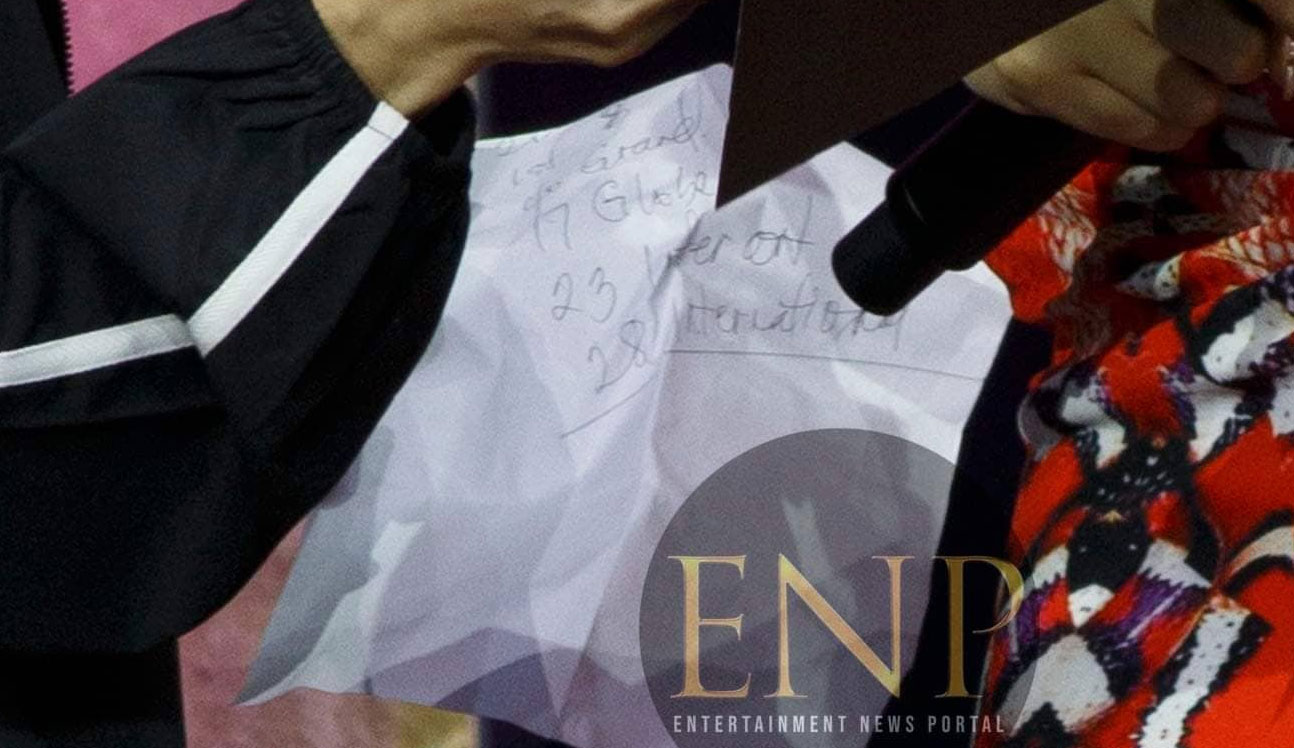 On Twitter, Cat already broke her silence on the issue.

In a lengthy statement, she wrote, "As the hosts of last night’s Binibining Pilipinas 2022, @binibiningnicolecordoves and I announced the winners accordingly based on the titles printed on the individual title cards as these were handed over by SGV & Co. partner and representative, Mr. Ocho.

"As a member of the overseeing committee during the deliberations (as pictured on slide 4 by BPCI Execom member @laraquigaman), Mr. Ocho later rechecked the cards and confirmed that the results previously announced were correct, which became the decisive factor in moving forward with the announcement.

"As former candidates ourselves, we understand what the girls go through and would, therefore—without a second thought—correct any errors, if any were made. But as already explained, SGV & Co. partner and representative Mr. Ocho himself confirmed the validity of the results."