It’s been a week since the Eraserheads confirmed their reunion concert set for December 2022. It was met with mixed reactions from the band’s fans, as netizens have expressed their disapproval of lead guitarist Marcus Adoro’s participation after his alleged history of abuse recently resurfaced.

In 2019, Marcus’ daughter, singer-songwriter Syd Hartha, revealed that she was physically and verbally abused by her father. “Tinatama niya ulo ko sa pader," she shared, posting screenshots of their conversation on Facebook. 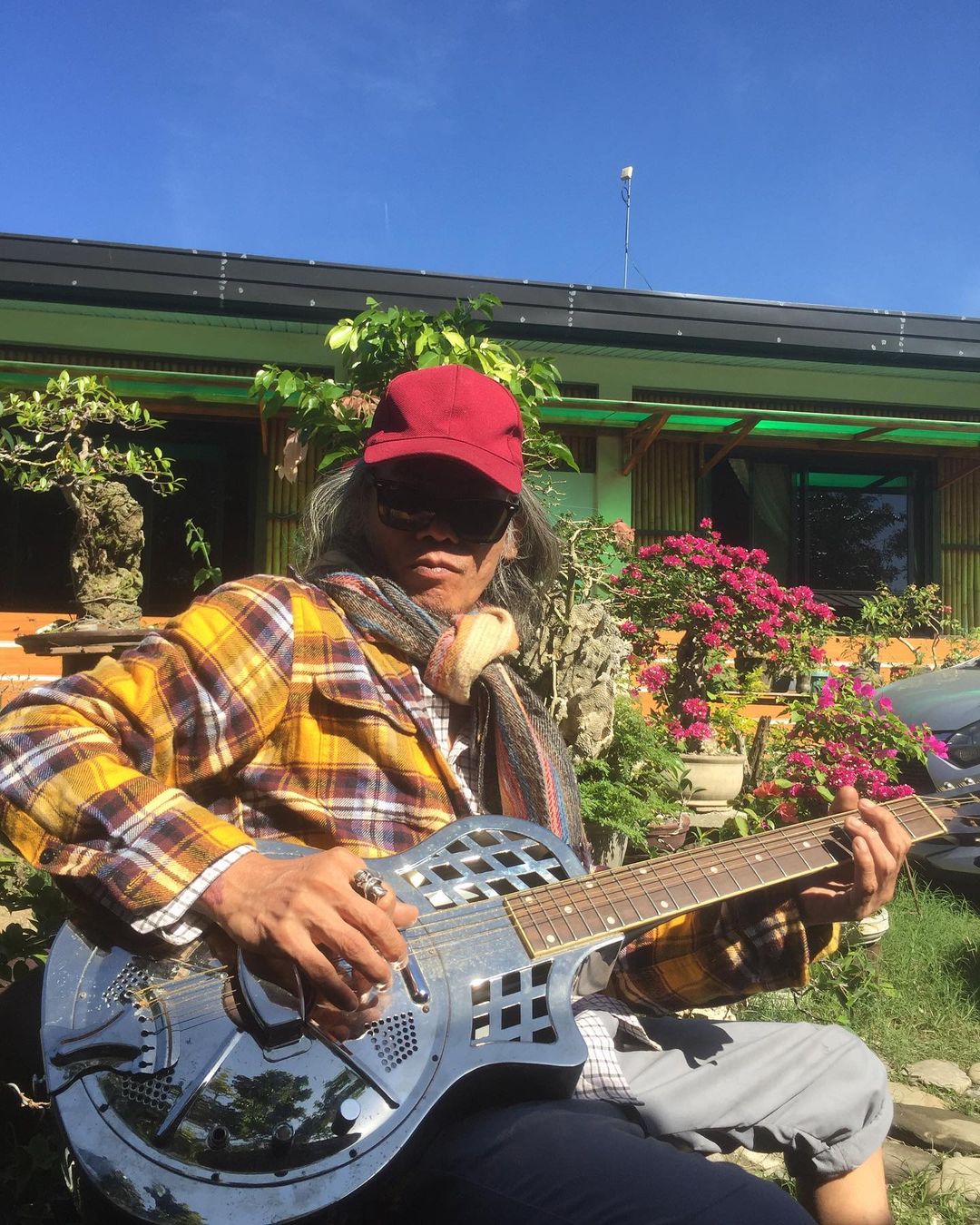 On September 26, Marcus penned an open letter to Syd, asking for a “second chance” and apologizing for “the ruckus that he has caused” his family, bandmates, sponsors, and the public.

“Syd, [kung nasaan] ka man, I hope you’re doing well. As you already know, I’m far from perfect kaya normal if you want nothing to do with me. Sana lang magkaroon ng second chance for redemption,” he wrote. “I want to thank the people who are supporting E-Heads' art. Please continue to support the E-heads reunion. Alay po sa ating lahat ito.” 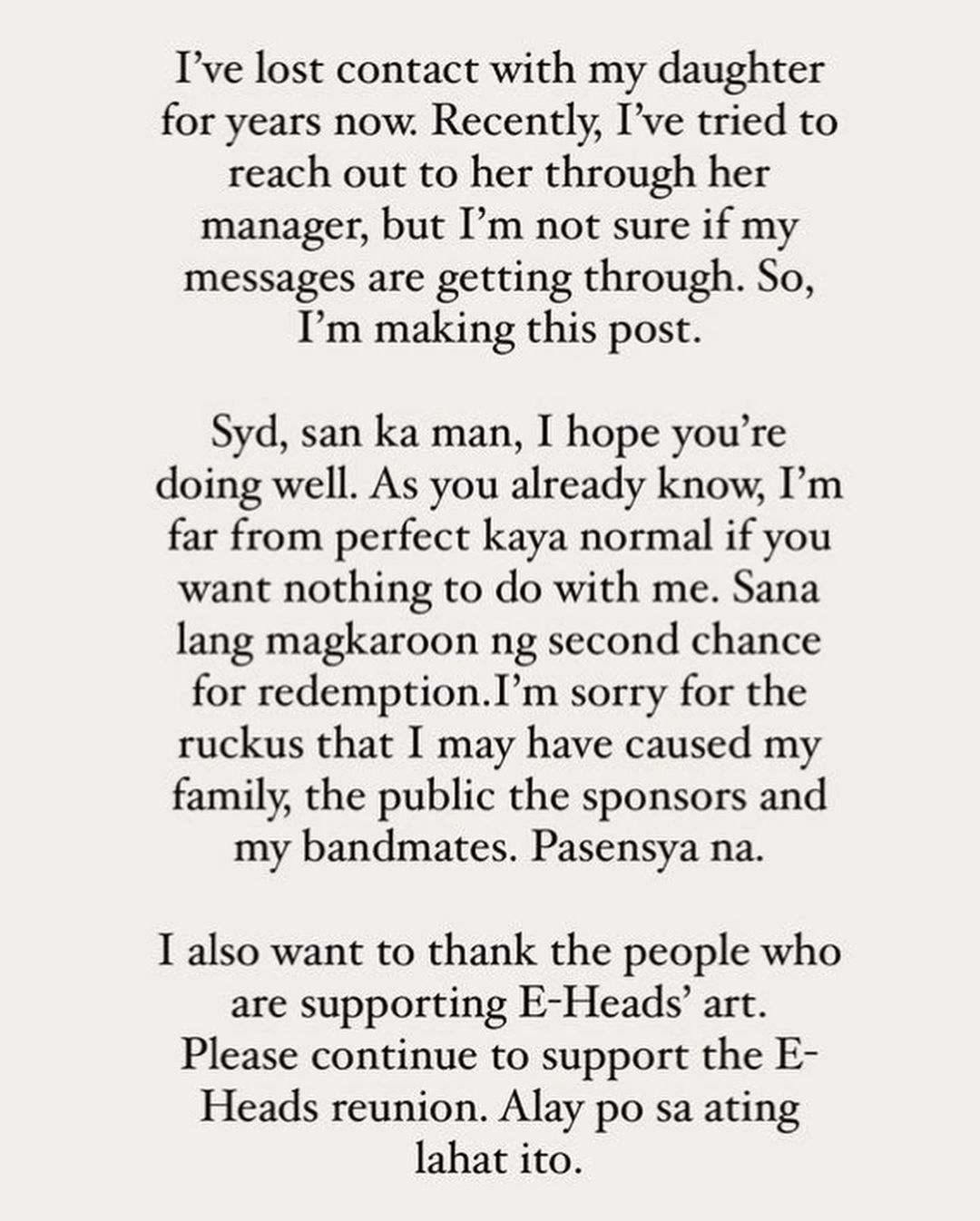 Prior to Marcus’ statement, Eraserheads’ drummer Raymund Marasigan spoke up about the issue, saying that he “wants to respect the privacy” of those involved. “I hope the issue between the parties gets resolved soon,” he said.

No Thanks
Comments
View all
Back to Slideshow
Read Next
Entertainment
Sharon Cuneta on Why She Doesn't Buy Her Daughters Expensive Designer Items: "They know the value of hard-earned money"