She snapped back after being called "bayaran" and opportunist.
by Cass Lazaro for Cosmo.ph | Sep 23, 2022

Unless you’re living under the rock, you probably have heard of the latest controversy surrounding actor Vhong Navarro, who voluntarily surrendered himself to the National Bureau of Investigation (NBI) following the issuance of a warrant of arrest in connection with the acts of lasciviousness and rape filed by model Deniece Cornejo.

The two celebrities are caught in a long-running controversy that started in 2014 when a badly bruised image of Vhong shocked the nation, gracing headlines for claiming that he was abused by a group of men inside a condominium unit where he met up and allegedly raped Deniece. The Its Showtime host has repeatedly denied the accusations—and Deniece’s complaints were previously dismissed by the Department of Justice for its “lack of probable cause.” This year, however, the Court of Appeals reversed the ruling and moved in favor of the latter, which ultimately led to Vhong’s arrest.

Shortly after, on Twitter, former host Kat Alano posted a series of controversial tweets, which netizens were quick to allude to Vhong’s distress. “After 17 years... Finally a glimpse of justice. People still think it’s all about money and attention. What if you were fed lies by the people who had power, and you ACTUALLY condemned the victim?” she wrote. She even added, “Keep using God’s name to proclaim innocence. God saw you rape us. #rhymeswithwrong”

Backstory: In 2020, Kat joined the #HijaAko movement, claiming that she was raped by a famous celebrity whose name rhymes with “wrong.” She confessed the alleged assault in detail. "When I was raped by #rhymeswithwrong still famous celebrity who had smear campaigns to destroy my career and raped many more, I was wearing a T-shirt and jeans. He drugged me too, so trying to take my jeans off was difficult for him. Hard to rape an unconscious person in jeans. #HijaAko.” 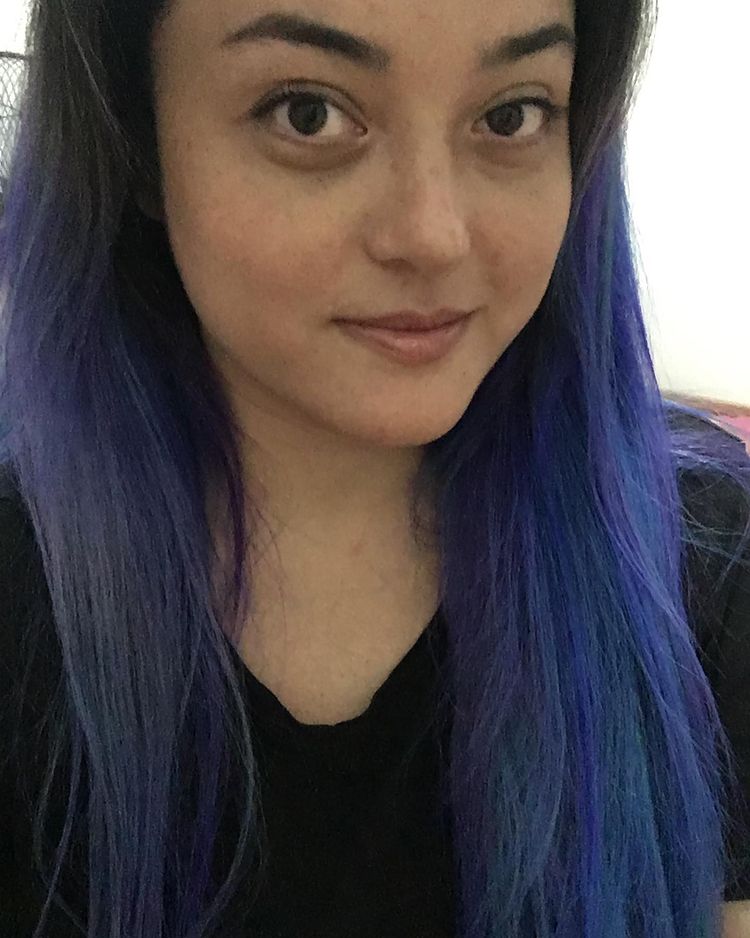 No matter how damning her experience sounded, she was met with mixed reactions from netizens, with some even accusing her of making a money grab to further destroy Vhong. “How much did Cedric pay you to do this? Bayaran yan,” one user wrote. Someone even questioned her motives and timing, speaking up now that her alleged abuser is facing another case. 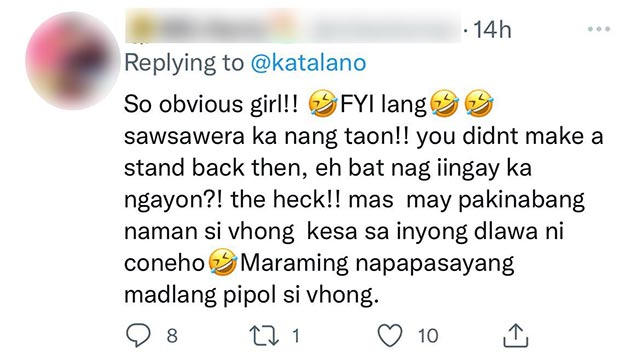 In a TED Talk, Kat spoke at length about her decision to stay silent and not pursue a battle in court. “In our country, instead of crucifying the rapist, we nail the victims to a proverbial state and we throw stones.” She also explained that she didn’t file a case because her alleged rapist’s uncle accordingly made sure that the case would be dismissed.

Any woman, victim-survivor, or informant can now call the 911 hotline whenever they find themselves or other people in situations involving VAW or GBV at home, in school, [at] work – anytime, anywhere. If you are a victim of violence or know someone that has experience violence, call 911. Remember that you are not alone. The 911 Emergency Hotline is here to help.