The couple is finally expecting their first child together!
by Nicole Arcano for Preview.ph | Nov 1, 2021 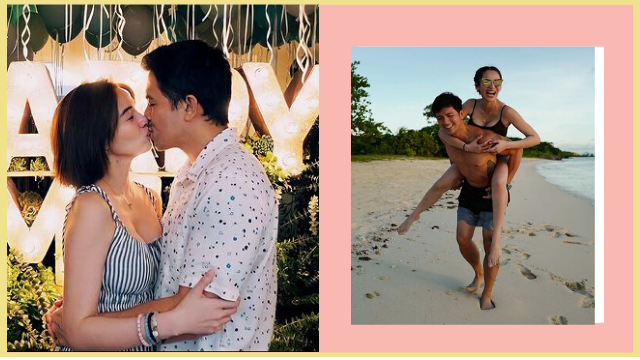 It's confirmed: Jennylyn Mercado is pregnant for the second time! At 34 years old, the actress and her partner Dennis Trillo are finally expecting their first child together—as a newly-engaged couple, no less!

After keeping the news under wraps for a month, Jennylyn and Dennis have decided to reveal the details of the pregnancy in an exclusive interview with Preview. It was quite the journey for the couple, because get this: They were already in the middle of planning for surrogacy, only to conceive naturally later! Scroll ahead for the full story!

Getting vaccinated in the US and preparing for surrogacy

Jennylyn and Dennis, who reconciled in 2015 after their 2011 breakup, admitted that they've been wanting to have a child together as early as 2018. Unfortunately, they've been unable to conceive because of fertility issues. This led the pair to consider other options, which included surrogacy.

They pursued this option in March 2021, flying all the way to the United States to start fertility treatments. "They left [for] Vegas a day before the second ECQ and they took that opportunity to have their Pfizer vaccine which was not available yet in the Philippines," Jennylyn's manager, Becky Aguila, shares.

Getting vaccinated was not only per the advice of Jennylyn's doctor for her egg retrieval and harvesting procedure in April, it was part of the couple's preparations for their upcoming projects as well.

According to her manager, the procedure was the "biggest struggle" for the actress by far. Luckily, she and Dennis able develop one perfect embryo from it, and after months of searching, they also found the perfect surrogate mother for their baby. They were slated to sign the contract for the surrogacy this October.

When the couple received their second dose of the vaccine, they immediately returned to the Philippines.

After making their safe return to Manila, the couple already had high hopes about their future as parents. Unbeknownst to them, however, a big surprise awaits them months later.

While in the filming bubble for her upcoming show Love. Die. Repeat. last September, Jennylyn noticed she was a few days late for her period. Having no access to a pregnancy test at the time, the actress shares that she first manifested an answer from her tarot cards. The result? Three major cards in the affirmative.

Jennylyn took a pregancy test shortly after, and when it turned out positive, she immediately scheduled a hospital visit to check her condition. An ultrasound then confirmed that she was already five weeks pregnant. The timing couldn't have been more perfect, because again, she and Dennis were already about to sign the contract with their surrogate mom!

Dennis shares that while this was all going on, he was still in quarantine after attending the Venice Film Festival. "Nakakawindang sa umpisa. Nakaka-overwhelm, halo-halong emotions. Natakot ako para sa kanya kasi mag-isa lang siya doon," he tells Preview. Jennylyn, on the other hand, considers it a great experience for them as a couple.

Now an elated dad-to-be, Dennis wasted no time after finding out about his partner's pregnancy. On October 8, the actor mounted a heartwarming marriage proposal for Jennylyn in their humble abode. (Find out more details about the proposal and the upcoming wedding here!)

Given her delicate pregnancy, Jennylyn had to officially stop filming for Love. Die. Repeat. "GMA was so understanding and accommodating to postpone the taping of her soap until she is ready to come back," her manager states.

The couple has also decided to keep the embryo they developed in storage—just in case. But for now, Jennylyn and Dennis are both excitedly anticipating the arrival of their first child as an engaged couple. FYI, because they already have two sons, the pair is hoping for a baby girl this time!

Jennylyn Mercado and Dennis Trillo Are Expecting Their First Child Together

What Jennylyn Mercado is Like Handling Businesses Outside Showbiz

The Exact Treatment Jennylyn Mercado Gets for Brighter Underarms

Get the latest updates from Female Network
Subscribe to our Newsletter!
View More Articles About:
Syn-00292 Jennylyn Mercado Pregnancy
Trending on Network 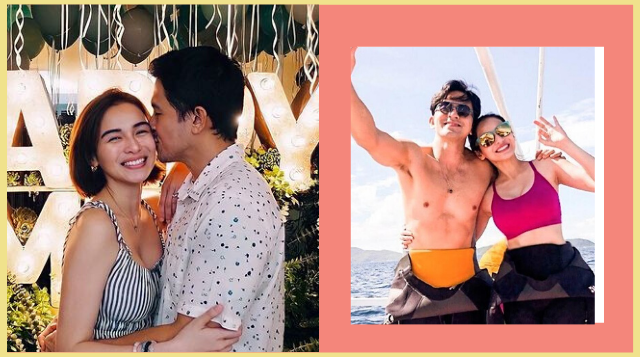