When it comes to local celebrity couples, we can’t help but look at Heart Evangelista and Chiz Escudero with admiration. Although it’s no secret that their love story was quite a roller-coaster of emotions, it's inspiring how they've fought for each other over the years.

For what it’s worth, Heart has the late Miriam Santiago to thank for having married the man of her dreams. The former senator famously connected the two together—and the rest, as you know, is history.

The actress recalls the moment on TikTok: “She asked me sino ba dapat, wag na ‘ko mag-date ng artista; I should broaden the horizon and see what’s out there, so she gave me a list! A list of guys that I should date. It’s funny because you know, a lot of them called me.”

She laughs, then continues: “Of course, I’m not gonna say who called me, but a lot of them did. They were all so very, very equally nice, in fairness.” She then proceeds to gush about her husband.

The TikTok was Heart’s response to one follower’s question, asking her about her age preference for a partner. The actress-entrepreneur explained that it’s not even about the age, as she already had a crush on Chiz since 2007, and she even had a boyfriend back then! 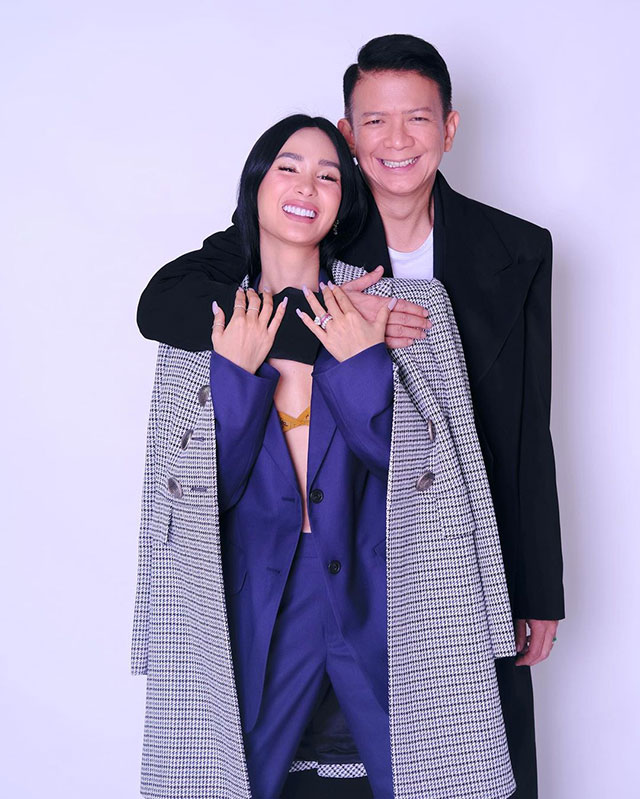 More importantly, what sealed the deal for her was the moment when Chiz fought for her. “Sabi ko, cool down na muna tayo because I'm a curse to everybody that I'm with. Surprisingly, he did something I couldn't imagine, especially since it was election time and people were telling him to break up with me na.

“He fought for me. It was the first time anyone did that for me.” Aww!

Senator Miriam must be beaming with pride. ICYDK, Heart had developed a close-knit friendship with her, calling the former presidential candidate her ‘mom’ and ‘superhero’.

In 2016, she penned a touching tribute to Sen. Miriam. She wrote, “I consider myself to be one of the luckiest girls in history because I was like her daughter and she was like my mom. I got to know her more than how other people knew her to be, and in my own honest opinion, she was the greatest. She was the queen that we never had.”

Get the latest updates from Female Network
Subscribe to our Newsletter!
View More Articles About:
Miriam Santiago
Trending on Network