The Funniest Rhymes From The Miss U 2016 National Costume Intros 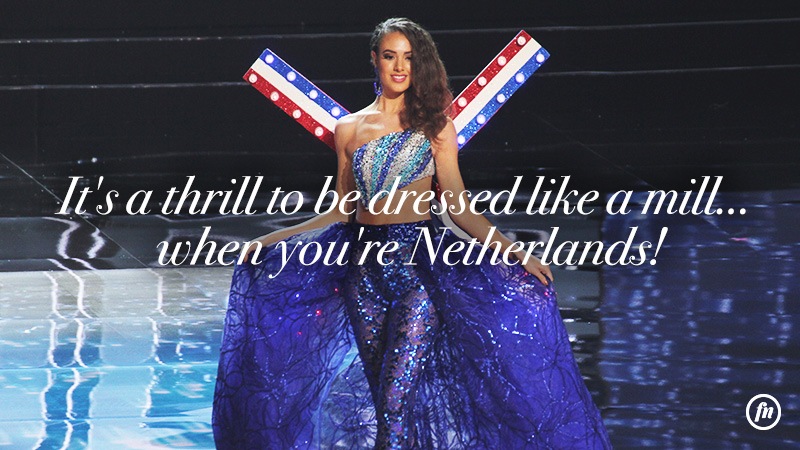 The presentation of the 86 Miss Universe candidates in their national costumes didn't just get a lot of buzz because of the over-the-top outfits. Host Nick Teplitz's rhymes during the segment were witty and just plain funny!

Here are some of the funniest of Teplitz's introductory spiels. Most of them rhyme and we don't think that's a crime.

Like most diamond mines, she sparkles and shines...it's Angola!

Get off her turf if you don't windsurf...Aruba!

The hills are alive, making this costume thrive...Austria!

She's got a knack for rocking red, yellow, and black...it's Belgium!

You know these wings are her favorite things...Belize!

It's a thrill to be dressed like a mill...when you're Netherlands!

It's absurd not to dress like a bird...when you're Ecuador!

Wearing a hat like a castle is never a hassle...when you're Germany!

Everyone's a fan of her golden wingspan...Indonesia!

Inspired by the notion of a multicolored ocean...Japan!

Let's give her a hand 'cause she's inspired by sand...Namibia!

You won't hear this rhyme so I won't waste my time...it's Philippines!

You can just add a horse and there's your costume, of course...it's Sweden!

Please make some room 'cause she's dressed like a tomb...it's Turkey!

The finals are looming, but this beauty's blooming...it's Ukraine!

Lifting this flower takes a lot of manpower...it's Uruguay!

The costume's wide, but she wears it with pride...it's US Virgin Islands!

In 1492, Columbus would have been less blue...if he had Venezeula!

CONTINUE READING BELOW
Recommended Videos
Get the latest updates from Female Network
Subscribe to our Newsletter!
View More Articles About:
Miss Universe
Trending on Network 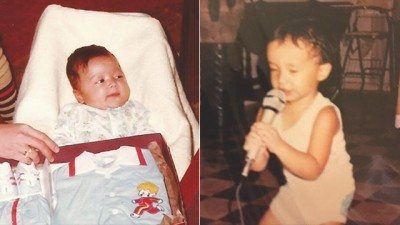 Entertainment
Do These 8 Celeb First-Time Dads Look Like Their Precious Babies? 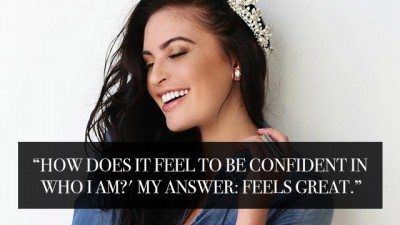