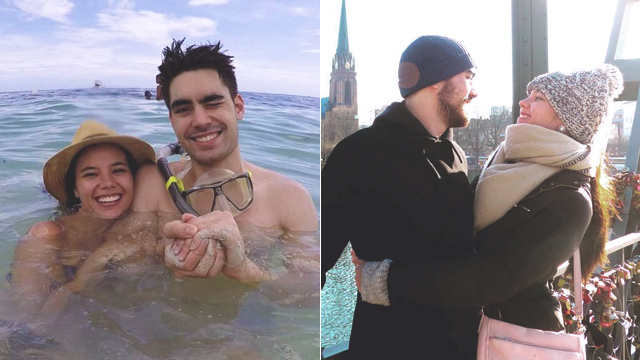 Ladies, you've already met Catriona Gray's Filipino-German boyfriend, Clint Bondad, right? He's a model, actor, and practically the most supportive boyfriend ever. He was even a Cosmo Bachelor in 2015!

And because we're in the mood to gush, here's what we're loving about this gorgeous couple:

According to fans, this 2012 TV commercial was where it all started for Catriona and Clint:

"Now that we're 24 na, the both of us, we've seen each other amidst the different challenges of growing up together… we trust each other a lot and there's a support there na walang pressure," Catriona shared during an interview on Tonight With Boy Abunda.

2. They're both irresistibly goofy!

Cute! Here's a throwback to when face swaps were a thing.

In an Instagram post earlier this year, Clint shared: "Funny we never realized that our anniversary was on the independence day of the Philippines. Ironically, however, is that we instead lost our independence… but won an amazing journey together that I personally wouldn't exchange for anything."

4. They take the cutest two-person selfies.

5. They're super supportive of each other's careers.

Awww. Check out their adorable photos from 2016, when Catriona was crowned Miss World Philippines:

And here's a clip of Clint shouting his heart out for his girl during her *epic* Miss Universe Preliminary Competition performance: