While hitting your 30s can come with the pressure that you should have your life figured out, Fil-British actress Bea Alonzo proves that there is no age restriction when it comes to discovering your untapped abilities.

Bea entered showbiz in 2002 through ABS-CBN’s youth-oriented show K2BU. She was only 15 years old then.

Now, at 34, Bea has evolved into one of the country’s hottest stars, alongside being a model, entrepreneur, cook, and vlogger.

Here, we round up all the times Bea will inspire you to get out of your comfort zone for growth and self-empowerment.

Bea has since been known for playing roles of smart and modest women in teleseryes and films, such as Atty. Katrina Argos in Kay Tagal Kang Hinintay and Bobbie Salazar in Four Sisters and a Wedding.

Just this month, the award-winning actress has begun embracing her sexy side as the latest calendar girl of Tanduay. Snippets of her sultry La Dolce Vita-themed shoot made the rounds online shortly after the rum brand shared them on Facebook on November 23. 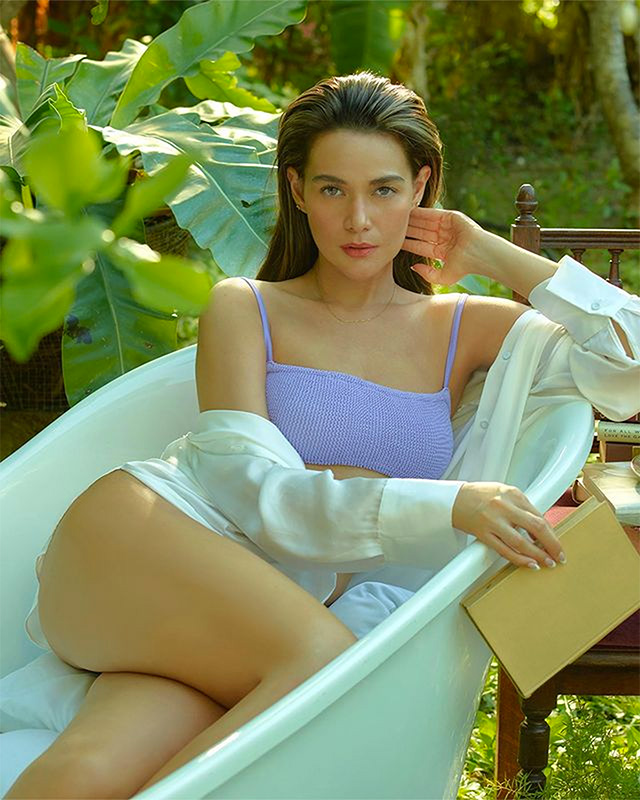 For Bea, taking the project was all about finding the right timing. She revealed in the brand’s video uploaded on the same day that it was initially offered to her after shooting the film One More Chance, which premiered in 2007.

“So when I was asked the second time, everything was just falling into place. I felt empowered, I felt like I was ready for change, and I was ready. I couldn’t really think of a reason why I shouldn’t do it, so I said yes.”

2. Moving to a new network

Bea was undoubtedly ABS-CBN’s top talents, having been cast in several primetime dramas and paired with A-list actors like John Lloyd Cruz, Piolo Pascual, and Jericho Rosales, among others.

However, her 19-year stay in ABS-CBN was shaken up by the TV station’s shutdown on June 30, 2020. This, in addition to the outbreak of the pandemic, led her to seek new opportunities in ABS-CBN’s rival network, GMA 7, where she signed a contract last July 1.

Similar to her stint with Tanduay, the newly recruited Kapuso star revealed that the timing of GMA’s offer was impeccable. 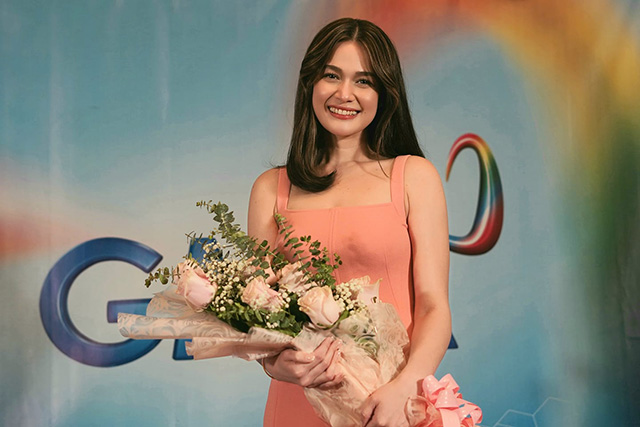 Bea officially marked the beginning of her life beyond showbiz, with the launch of her first café business, a franchise of New York-based café and bakery Dean and DeLuca, on November 23, 2019.

The actress announced it in an Instagram post on November 20 that year. “I am happy to announce that we are having our soft opening today of Dean and Deluca in Quezon City. I’ve been so excited about this new venture, and I can’t wait to dine with you guys and run you through our delectable menu,” part of her caption read. 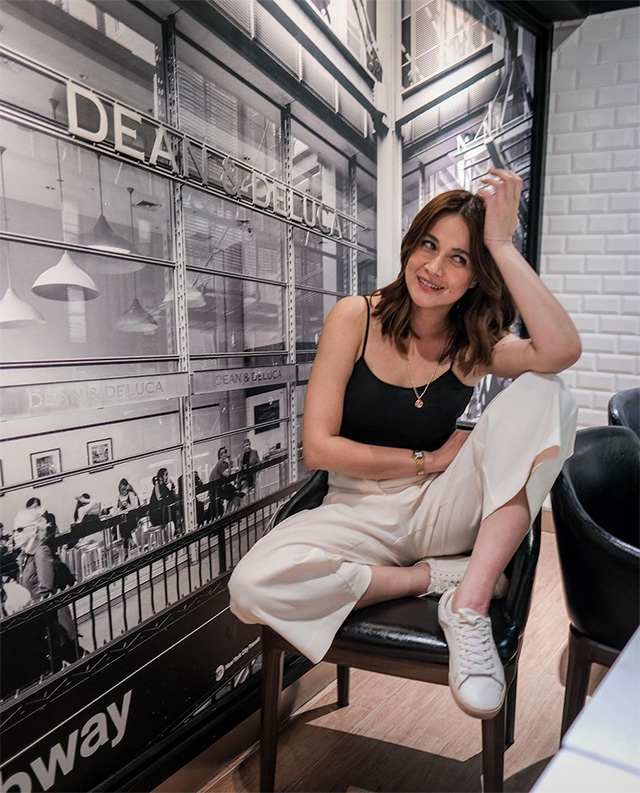 Bea opened the café three months after taking up a short course at the Center of Culinary Arts (CCA).

4. Enrolling in a short course

It’s no secret that Bea is a foodie, especially with the photos of her homemade dishes on her Instagram feed. But it was only two years ago that she was able to pluck up her courage to pursue her hidden passion.

Bea enrolled in a short course in Baking and Pastry Arts at the CCA in August 2019 and finished it a month later. In her Instragram post celebrating her graduation, Bea expressed how grateful she was for finally overcoming her self-doubt. 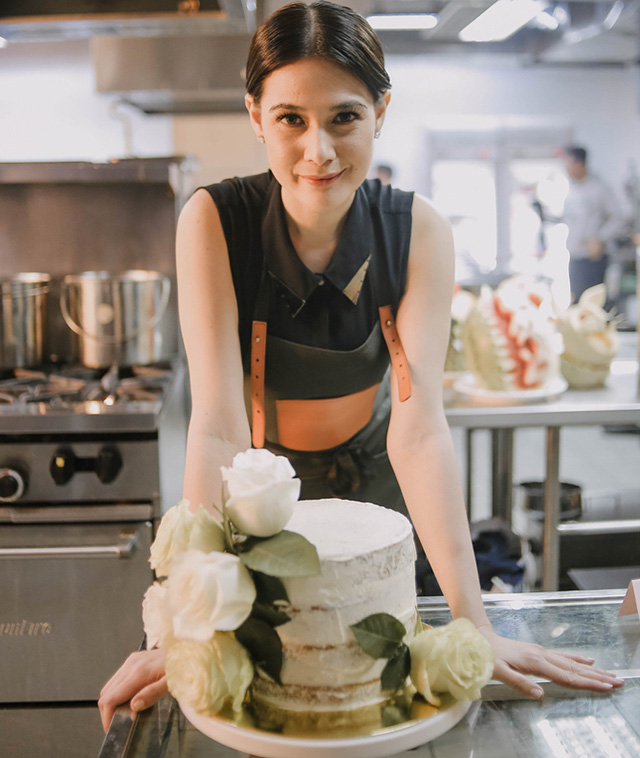 “It has always been in my bucket list to learn baking but being intimidated by the idea that in order to be good at it, one must be precise and dedicated. I never really got my head around pursuing it,” she said.

“But this year, I promised myself that I will do things that intimidates or scares me,” she continued. “I promised myself that I will learn new things and try to go out of my comfort zone. So, I enrolled and had the best time of my life. I felt like a kid again learning a new skill. It made me feel good that I was enriching myself with new knowledge and also gaining new friends in the process.” 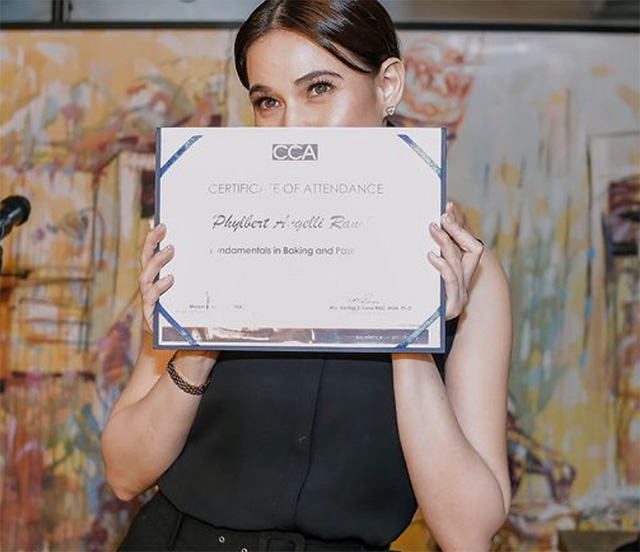 Bea’s YouTube channel, titled By Bea, has become one of the most talked-about celebrity vlogs in the country today.

It features virtual tours of her house and her family’s 10-year-old farm in Zambales, collabs with other celebs and influencers, as well as videos of her cooking sessions and travels abroad.

In an interview with Inquirer in February 2019, the actress admitted that she’s not so keen on publicizing her life behind the camera.  Still, she took this step outside her comfort zone to make her fans.

“It’s not natural for me to share my personal life with others, but I’ve decided to make a vlog so my fans will have an idea of how I am in real life because they’re important to me,” Bea said. “Through my vlog, I get to share with them my interests and hobbies.”

“We’re already in the digital age, so I have to keep up,” she added. Bea started vlogging in June 2018 and has grown to have over 2.3 million followers to date.

Get the latest updates from Female Network
Subscribe to our Newsletter!
View More Articles About:
Bea Alonzo Con-00292 Career
Trending on Network