When it comes to having children, there’s no such thing as having a perfect timeline. Take for instance Ara Mina, who has recently wowed everyone with her sensational physique during her honeymoon at Amanpulo island with her non-showbiz husband David Almarinez.

In an interview, the 43-year-old actress reveals that they're trying to get pregnant. “Hindi pa kami makabuo, but in God’s time,“ she shared, visibly in a light mood since she just came back from a recent vacation in Europe.

She says that she’s currently busy with her acting commitments, so next year might be the best time to welcome an adorable addition to their little family. "If ever, puwede pa rin naman next year kasi I’m doing another show, another TV series, so we’ll see. Kung makakabuo edi thank God." 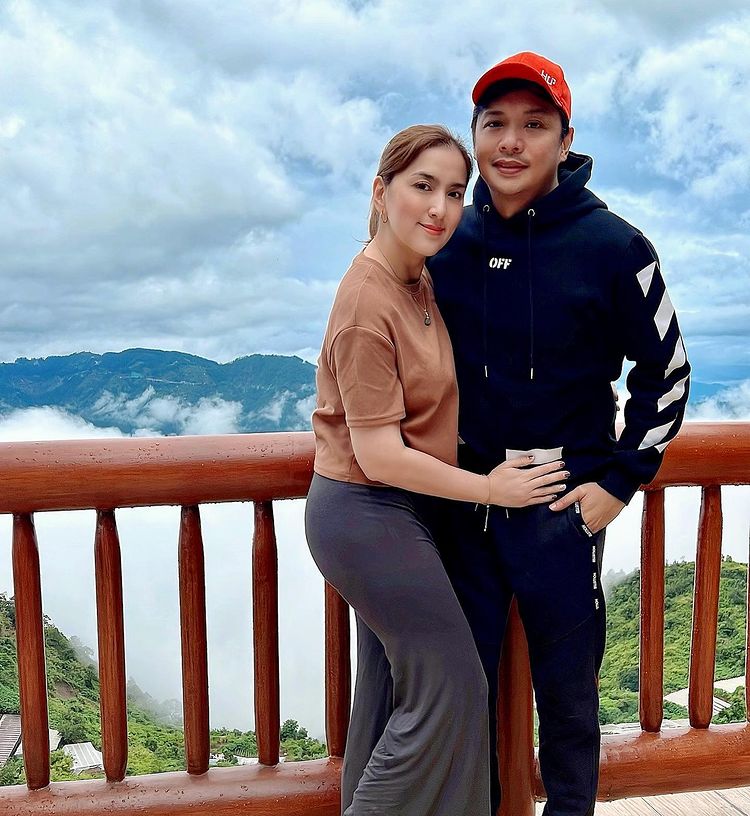 She says they’re not really in a rush yet, and thinks her career shouldn’t be a *hindrance* to their family's plans. “Hindi naman. Pero tingnan natin. I’m giving myself one year na mag-try. Sayang kasi, eh. May nag-o-offer, eh. I think it’s a blessing.

Further, she shares that her husband is a hundred percent behind her when it comes to her craft. “Okay naman sa kanya. Supportive naman siya sa akin eh pagdating sa work.”

Ara has a six-year-old daughter with her ex-boyfriend Patrick Meneses. Meanwhile, her husband is a dad to a 17-year-old teenager with his respective ex-partner. The lovebirds tied the knot in a dreamy ceremony in the City of Pines last year.