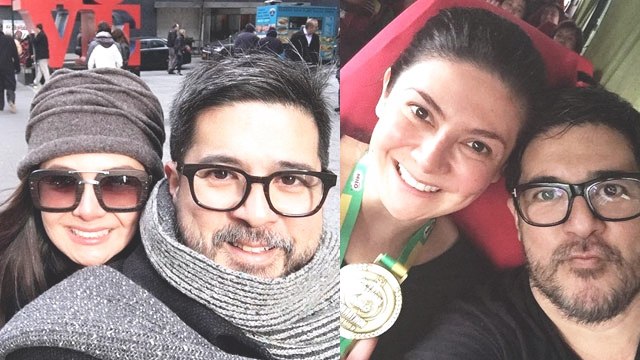 Aga Muhlach used the words “divine intervention” to describe the singular moment he realized that Charlene Gonzalez was the woman he wanted to spend the rest of his life with. At the time, they were co-stars in ABS-CBN’s Oki Doki Doc, where Aga starred as the good-looking neighborhood vet with Charlene as his love interest.

Recalling the beginning of his love story with his wife of 16 years, Aga began with a shocker: "She was never my girlfriend, hindi ako nanligaw."

He continued, explaining, “There was this one day, parang gumanun lang sa akin na...

The 1990s matinee idol was interviewed in ABS-CBN's morning talk show, Magandang Buhay on October 9. According to Aga, there was something about Charlene that made him realize she was “the one.”

“You know, this may sound cheesy, pero parang divine intervention. Para kang may nakitang ray of light na parang sinabi, ‘Aga, she's your one. She's the one.’ Seriously.”

?? from ours to yours! Happy V-day everyone! @itsmecharleneg I love you! ??#mywifemylight

Aga said his mother, Anita Aquino, was not surprised when he told her he wanted to get married already.

At the time, Charlene was not his girlfriend yet, and he was not even courting her.

Without an engagement ring on him, Aga went ahead with his plan in the three days they were working abroad.

“So we went to Singapore. We were taping. She was feeling something siguro.

Aga said he didn’t need a grand scheme to let her know the depth of his love, however inexplicable it was at the time.

“There was so much love already," he recalled. “Not only love, there was so much... Parang, ‘Man, I’m gonna get you. You’re gonna be my wife,’ and I just proposed to her.

It was a whirlwind romance for Aga and Charlene. They tied the knot “three or four months” after he proposed to her.

How did they manage to keep it to themselves the whole time they were planning their wedding?

Aga said, “We didn’t do anything. We really kept it that way... Parang, ‘Okay, we’re all set.’ We went to Baguio, inayos namin 'yung wedding namin.

Charlene and Aga got married when she was three months pregnant with their twins, Natasha and Andres. They exchanged vows on May 28, 2001, at St. Joseph The Worker Parish in Baguio City. Aga said he will always be beholden to Charlene for being the best wife he can ask for.

“My wife keeps me sane, really.”

What’s the secret to their lasting marriage?

"When we wake up every day since we got married, we need three to four hours of talking every day. Not a single day na walang ganun talaga. That’s something that works for us. I am glad that it is like that.”

Get the latest updates from Female Network
Subscribe to our Newsletter!
View More Articles About:
Charlene Gonzalez Aga Muhlach
Trending on Network 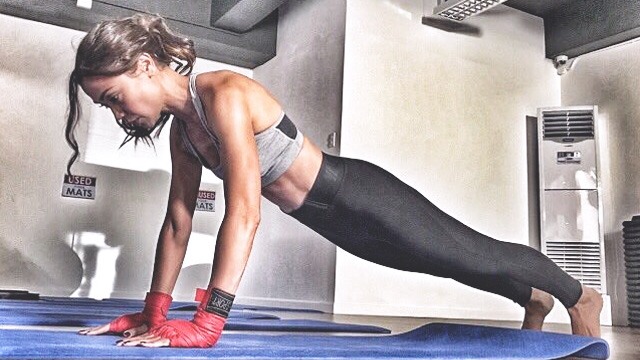 Entertainment
These Posts Prove That Jodi Sta. Maria Should Be Your New Fitspiration 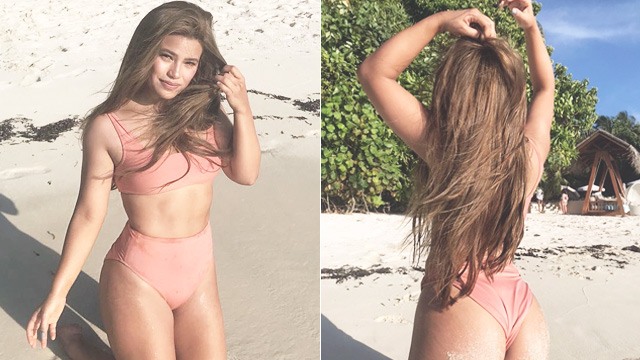