Hotel Del Luna, Touch Your Heart, and More K-Dramas on Netflix This Month 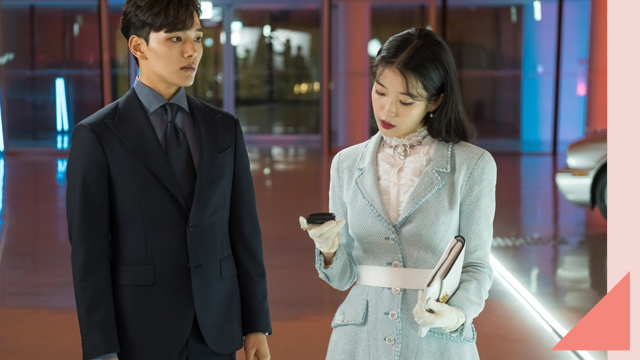 If you’re in need of new K-dramas to liven up your dull weekend routine, say no more because Netflix continues to satisfy with nine new Korean titles this coming November. At this point, you’ll definitely never run out of shows to binge-watch!

Read up on the new titles below:

Two teenagers fall in love in a bakery only to be pulled apart by fate. Throughout the next decade, they continue to cross paths, but they never seem to catch each other at the perfect time.

A group of amateur detectives attempt to uncover a string of cases that may lead them to a mysterious culprit called the Flower Killer.

3. Crash Landing on You (Coming Soon)

In this story between star-crossed lovers, a wealthy South Korean heiress and a high-ranking North Korean military officer attempt to reconcile their two very different worlds and backgrounds as they develop feelings for each other.

An elite hotelier becomes the general manager of a literal ghost hotel where his life gets entangled with its dead residents, including Hotel Del Luna’s beautiful but cold 1300-year-old owner.

In order to get her career back and land a role for a major movie, a disgraced actress prepares for her character by gaining experience at a real law firm as the secretary of a prickly attorney.

A series for the fangirl in all of us, an art curator’s life grows complicated as she tries to keep her double life as a die-hard K-pop fan a secret from her new boss.

7. He Is Psychometric (November 1)

A young man finds he has the ability to see through a person’s past by physical contact and uses his newly discovered powers to take down criminals.

The series documents the highs and lows of the lives of three successful working women in their 30s who have all chosen to focus on their careers, putting their personal affairs on the back burner.

9. The Lies Within (Now Streaming)

A woman teams up with a detective as she joins the National Assembly to find her missing husband.

Get the latest updates from Female Network
Subscribe to our Newsletter!
View More Articles About:
Netflix Hallyu Kdrama Streaming
Trending on Network