7 Reasons Why You Should Watch 'Wicked' in Manila (Again) 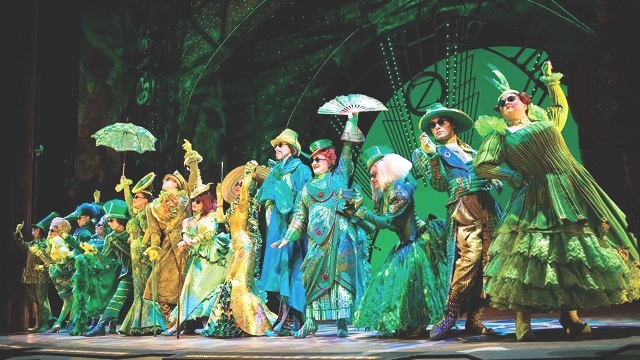 The first time Wicked was staged in Manila in 2014, its seven-week run was sold out.

The producers had already extended the original run of the award-winning musical, adding 16 more shows to accommodate the demand. "It received such a rapturous response from Philippine audiences," says executive producer James Cundall. "After the last show at the Cultural Center of the Philippines, over 500 people gathered outside to serenade the cast, and that's something we'd never seen before. Manila deserves Wicked again after three years. While it played to 99 percent capacity then, many still didn't get to see it. So when the international tour was announced, we made sure to grab the opportunity and once again bring it to this wonderful city. We are thrilled that Wicked looks set to captivate Manila, with tickets for this return season proving so popular that we have added an extra week."

Here are some of the reasons you should catch its 2017 Manila run:

1. It features new cast members, all from its West End touring production from London.

Without a doubt, in 2014, the Australian production of Wicked already gave Manila an unforgettable run of stellar performances. But this new cast boasts an array of West End and U.K. actors to offer an even more astounding rendition of the magical production. "We are the full U.K. production, the same production you will see on the West End and on Broadway. The show has not been scaled down at all for this tour. We brought in everything in 13 trucks and 18 containers," says resident director Leigh Constantine.

Jacqueline Hughes, who has played major roles in musicals such as Cinderella, Mary Poppins, and Mad About the Musicals, takes on the character of Elphaba, and Carly Anderson, who has had top roles in My Fair Lady, South Pacific, and The Sound of Music, plays Glinda. In their rendition of the popular musical duet "For Good," for instance, Hughes and Anderson nail the song perfectly, belting it out with precise control and effectively making it the powerful yet heartwarming number it should be.

"We are constantly investing in the characters each night," says Hughes. "It's is inevitable to bring a part of me to Elphaba. I've been very fortunate to have worked with and looked up to so many actors who have played Elphaba. Ultimately, I want to put my own stamp on the character. You know, we're not clones of each other, we all play the character differently and that's what makes it exciting."

2. The choreography is updated and more intense, and there are more flying scenes and monkeys.

When the idea for this new international tour first came about, Wayne Client and Joe Mantello, the show's original creators, "sat down together and really took the time to look at the musical with fresh new eyes," says Constantine. The result is new choreography specially designed just for this tour and the most up-to-date flying system which allows more flying scenes and monkeys. "The contemporary dancing and the skills required for our actors are out of this world. We have more flying here than any other production around the world."

"We have the most up-to-date sound system so we are able to produce the most amazing sound quality in every part of the world we tour," says Constantine. We have to say that staging it at the Solaire Theater is a perfect choice: it is equipped with the state-of-the-art Meyer Sound Constellation system (making it quite incomparable to many other theaters) and it gives a more intimate feel with just 1,740 seats. Constantine agrees, "The sound quality in this particular theater is so good and beautiful. The sound coming from the orchestra pit is just lovely and just bounces around the stage. It is a beautiful stage to just to perform on."

4. The costumes are immensely detailed and painstakingly made.

One of the most expensive costumes is Elphaba's black gown, made of fabric sourced from India and hand-stitched in Paris, which costs roughly P100,000 per meter, according to its set designer Edward Pierce. Glinda's blue bubble dress is another masterpiece with hand-sewn sequins and other details that account for its weight of roughly 15 kilos.

The musical brought in over 350 costumes, over 150 pairs of shoes, and about 150 wigs. Definitely, its costume design is a huge part of the success of the show with all the great care and the details that were put into it. "No expense spared, a lot of the fabrics are specially made and sourced around the world especially for Wicked. There is an interesting design detail about everything," says Constantine. Look closely and notice that everything is off-kilter, from the popular clock face with 13 hours to Glinda's tiara that doesn't sit squarely on her head, to the costumes which are all are also asymmetrical somewhere, whether the sleeves or the hem or the bias. "All those are done on purpose to make everything look and feel unreal and surreal. Again this attention to detail is what makes Wicked stand out," Constantine says.

5. Nine local musicians are part of the musical production.

Local musicians submitted auditions on tape to be part of the orchestra. U.K. musical supervisor James Draisey and musical director Dave Rose went through all of them and found nine Filipinos to join the Wicked tour in Manila. "It was a long process to find musicians because Wicked is a very complicated show that requires people who are absolutely at the top of their game," says Rose. "Everyone in the orchestra is required to play not just one instrument. I have to say we were thrilled by the standards here in Manila, we are definitely working with the finest for this show."

The cast and overall production of this new Wicked tour add even more magic and joy to what's already been hailed as one of the worldâs most spectacular and popular musical phenomenon. "Our goal for every show is for the audience to feel that we are performing this show for the first time and only for them," says Constantine. "So it never becomes just commonplace, never just one of the eight shows a week."

7. And then there's Fiyero.

Bradly Jaden was part of Les Miserables' 30th anniversary cast, he played Freddie in My Fair Lady's 60th anniversary celebration, and he was part of the U.K.'s touring cast for Ghost The Musical, among many others before joining the international tour cast of Wicked. "I will be honest and say I'd never seen the show prior to auditioning for the role," says Jaden, who plays the leading male character in Wicked, Fiyero. "Instead I read the book, which was apparently totally different from the musical. It allowed me to bring in a different take on the character as I wasn't influenced by any other actor who has played it."

Wicked runs until March 12 at the Theatre at Solaire; Tuesdays to Fridays at 8 p.m. and Saturdays and Sundays at 2 p.m. and 8 p.m. For tickets call 891.999 or book through ticketworld.com.ph.

Ticket prices are as follows:

0 Shares
Share Tweet Pin Post a Comment
Personal Loan Calculator
Use this calculator to know how much you'll be paying based on current interests of banks.*
Get the latest updates from Female Network
Subscribe to our Newsletter!
View More Articles About:
Town And Country Magazine Musicals
Recommended Videos
Comments
Trending on Network 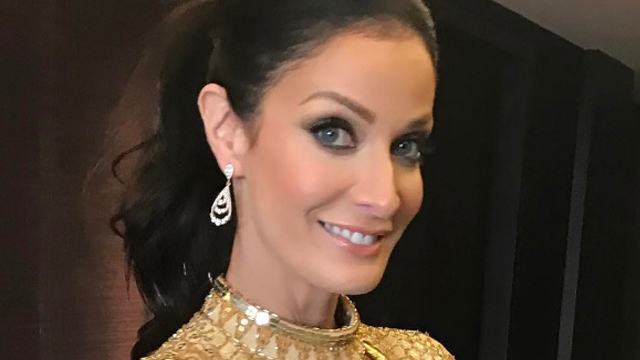 Entertainment
Is Dayanara Torres Doing A Movie With Piolo Pascual? 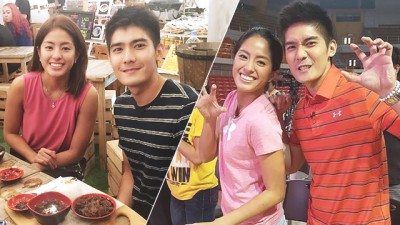