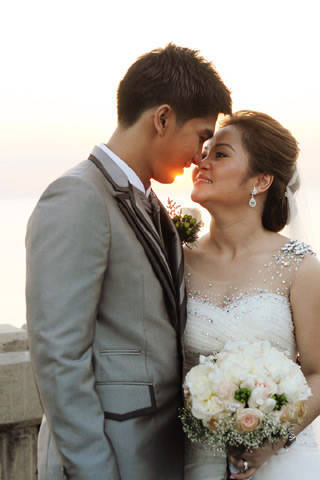 Viena and Justine had a classic wedding, which featured peacock-inspired colors like blue and violet. The celebration also had elements reminiscent of an enchanted garden.

Want to know more about Viena and Justine's story? Click on any of the following links:

Viena and Justine went to the same school, but they weren't really friends--they were just each other's contacts in a social networking site. They hardly talked in person, until they ran into each other at a club in Malate. They exchanged numbers, and soon started texting each other everyday.

Justine formally courted Viena, and the two eventually became a couple. They enjoyed seven years together before Justine decided to pop the question. The couple was enjoying Valentine's Day over dinner at Tomas Morato, when Justine presented Viena with the ring. The proposal wasn't the only thing that surprised Viena--she was also surprised with the ring, which Justine's best friend had bought in Viena's jewelry shop. Justine's best friend was under the pretense that he was buying a ring for his girlfriend, and Viena had helped him pick a ring that turned out to be hers.

Viena and Justine's classic wedding featured blue and violet details. Their event, which welcomed about 500 guests, was one memorable celebration.

The couple wanted their wedding to have the feel of an enchanted garden, and so they incorporated garden-inspired elements into their décor. Twigs, crystals, and flowers cast a spell of whimsy at the couple's reception. To keep guests entertained, Viena and Justine also had two bands perform at the event. Because of the festivities, some guests stayed until the morning.

Preparing for their wedding allowed the couple to bond. The bride personally attended to most of the wedding details, and doing so helped her incorporate her and her groom's personalities in the wedding. Viena shares, "It was like having a major project together. My husband was there with me in meeting with different suppliers, and he trusted me in deciding on almost everything. [The wedding] was not perfect, but it was a successful one." 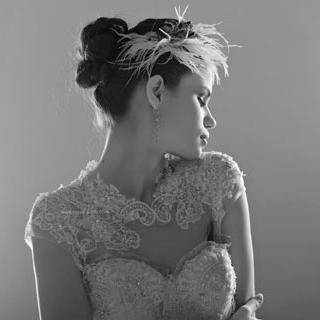 Real Weddings
The Characteristics of a Jazel Sy Gown 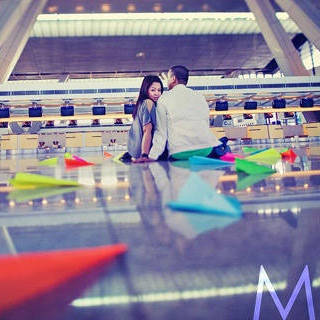