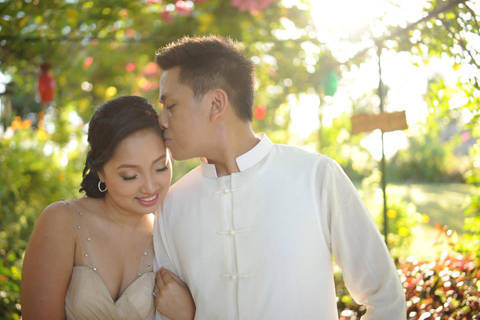 Shein and Jerrik said their 'I do's' in an intimate ceremony at Stilts Calatagan Beach Resort in Batangas. The laid-back gathering featured Tiffany Blue summery details, which channeled the couple's easygoing personalities.

Want to learn more about Shein and Jerrik's wedding? Click on any of the links.

Shein and Jerrik have known each other more than half of their lives. Shein relays, "Jerrik was my classmate from grade 6 until end of high school. We both went to University of Sto, Tomas, and became really close friends there. He eventually pursued me, and soon after, we became lovers. We were together for 11 years before we decided to get married."

Jerrik proposed to Shein on her birthday. "When we were eating, random people--the kitchen crew, a lady guard, a kid in the hotel--gave me one rose after another. The 10th rose, which represented our 10 years of togetherness, was handed by the lobby manager, together with a box of a ring," shares Shein. After which, Jerrik knelt down on one knee and asked her to be his wife.

To incorporate their personal touch to the affair, the couple customized some of the details. Among their projects were making the invitations, place cards, souvenirs, and organizing the program flow.

Shein and Jerrik, together with their invited guests, basked in the lively air of the gathering. By following a timeline, the two were able to organize the details of their big day seamlessly. Shein shares, "It would be of great help if you have a timeline for all the things you would like to accomplish. Having a checklist would be great too, especially if you don't have a wedding planner. Just enjoy the planning stage. Try not to be stressed out by the little things. Your wedding day will be the start of your life together, so make every moment count." 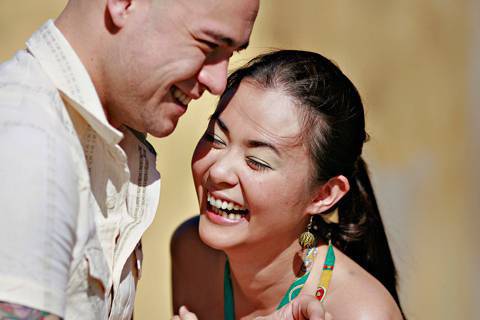 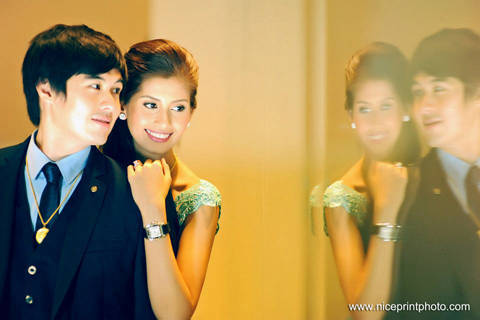