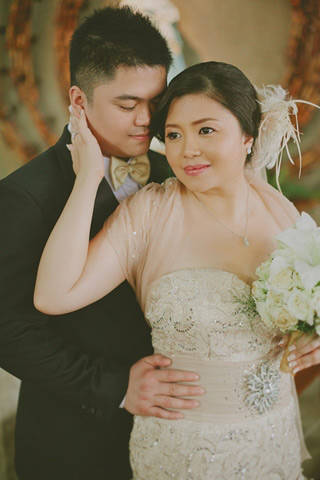 Rfa and Stephen had a wedding that featured a traditional program and classic details. To complement their wedding's elegance, the couple chose a palette that included gold, vanilla, and champagne.

Want to know more about Rfa and Stephen's story? Click on any of the following links:

Rfa and Stephen met at a common friend's birthday party. Rfa recognized Stephen because she used to see him when they were little, but Stephen didn't remember Rfa. When Rfa went outside to get some air, Stephen happened to pass by. Pretty soon, they found themselves conversing for five hours. The following day, Stephen texted Rfa, even though Rfa didn't give her number to him.

Eventually, Stephen had to go back to Canada to finish school. The two had their fair share of challenges in their long-distance relationship, but Rfa and Stephen soldiered on.

During one of their phonecalls, Stephen asked Rfa to marry him. Rfa recalls, "My first reaction was, "OMG, I finally got proposed to--really, really bad!" Stephen then attempted a second proposal when he returned to the Philippines, and Rfa picked him up from the airport. "He was in the front seat and I was at the back when he handed me this tiny blue box, and popped the question!," shares Rfa. Soon after the second proposal, the couple started planning for their big day.

Rfa and Stephen had a classic wedding that featured a gold, vanilla, and champagne motif. Says Rfa, "I thought it would be nice to bring back the traditional [celebration,]since most weddings these days go for the refined vintage or eco-inspired themes."

To add warmth to their elegant celebration, the bride busied herself with several do-it-yourself projects. Among the ones she did were the wishing tree, the headdresses for the entourage, the ceremony accessories, her bridal shoes, and the wedding favors.

Planning the wedding taught the couple several things. Shares Rfa, "I wish I would have slowed down and opened up my horizons before I put deposits down for a couple of things and suppliers." She admits that she was sometimes stressed out, but her efforts paid off, as the couple and their guests enjoyed a beautiful and memorable affair. 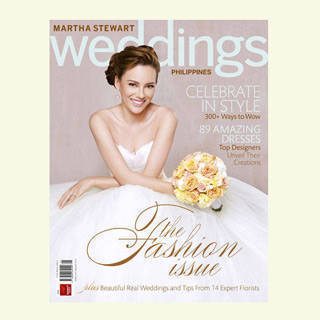 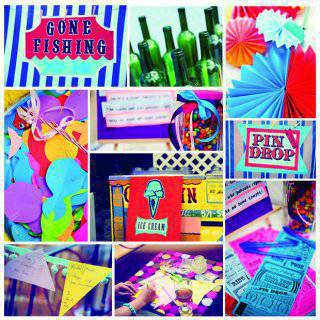