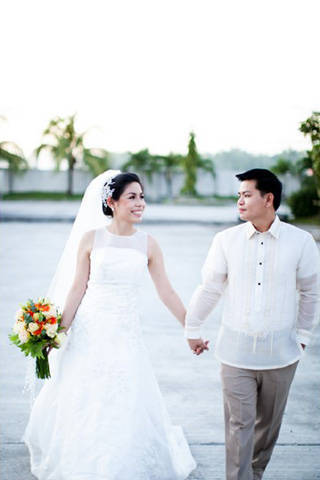 Pat and Jerry tied the knot in Pampanga with a simple and classic celebration. The couple's practicality gave their wedding a unique and warm character.

Want to know more about Pat and Jerry's story? Click on any of the following links:

Pat and Jerry's parents set them up with each other. When they were given each other's numbers, they were both hesitant at first to go out on a date. However, they later on realized that they had be nothing to lose, and so they gave dating a shot.

On their first date, Jerry took Pat to watch Manny Pacquaio's fight at a cinema. While they were watching the fight, Pat got to know Jerry better. "He was passionate sharing his ideas about the fight and boxing in general. He helped me understand the technicalities of boxing since I knew little about it. He is a good story teller. I [have] never felt so attentive [to] a guy before," shares Pat. They enjoyed each other's company, and more dates followed their first until they officially became a couple.

The couple would regularly go to church, and one time, Jerry was supposed to pick up Pat from her  parent's house, but Jerry arrived two hours late. When they got to the parking lot near the church, Jerry mustered the courage to propose to Pat and presented her with a ring. The two were both overwhelmed with emotions that they both couldn't speak right away. After a minute of silence, Pat then said yes and embraced Jerry. Pat later found out that Jerry was late because he had to go and have the ring cleaned, as it was bought by his mom 30 years ago.

Back to main page
Find out about their wedding preparation s

A simple, classic, and practical wedding was all that Pat and Jerry wanted for their wedding--and the couple got exactly what they had dreamed of.

Pat and Jerry had a refreshingly practical take on picking their wedding details. "We made sure that as much as possible, everything should be useful or re-usable, and that our visitors would be comfortable in our wedding," shares the couple. Instead of preparing bouquets for the whole entourage, the couple just gave their sponsors beaded purses, which also served as their souvenirs. The reception was remarkable for its edible décor, which was pleasing both to the guests' eyes and palates.

With the perfect delivery of their practical ideas for the wedding, the couple learned several things along the way. Pat and Jerry tells other couples who are planning a similar celebration to put everything into writing--notes will serve as handy references to meetings with suppliers. Pat adds, "Make sure that your partner and supplier have the same vision. It is important to have good communication." 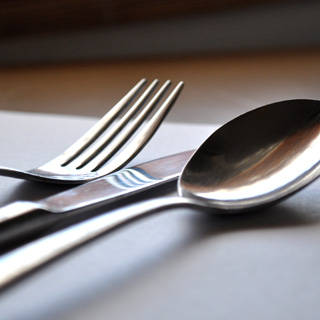