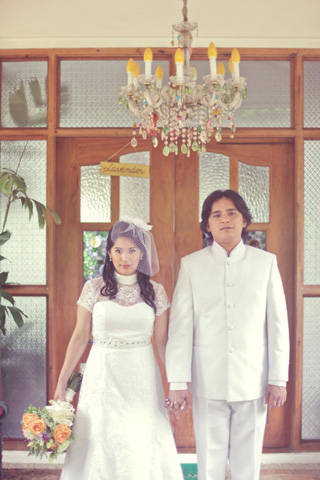 Singers Mitch and Anthony became a duo for life with a wedding filled with chic and warm details. Held in Tagaytay, their white-themed affair exhibited a refreshing ethereal vibe.

Want to know more about Mitch and Anthony's story? Click on any of the following links:

Mitch and Anthony met six years ago at reality singing contest hosted by ABS CBN. Both finalists, the two spent a lot of months housed in a hotel with the other contestants. "We only had each other's faces to stare at every single day, so soon we all became friends, and started hanging out together during our free days when there were no tapings and [commitments]," recalls Mitch.

At first, the two joined the rest of the contestants on group dates, but as time passed, they started going out on exclusive dates until they officially became a couple. "We've been together since. We didn't win one million pesos plus the house and lot [in the contest], but we did claim the grand prize six years later--[when we exchanged] I do's," Mitch warmly shares. Mitch narrates, "[Anthony popped the question] at McDonald's over a Happy Meal. It was cute, and fun, and it came with a toy."

Mitch and Anthony tied the knot in Tagaytay with an affair marked with a warm, ethereal vibe. The couple had a white wedding, and all of their guests were clad in white ensembles to complement the theme. The refreshing dress code struck a nice contrast against the venue, Sonya's Garden, whose flora already became the natural décor for the couple's event. To complement the ethereal ambiance, Mitch and Anthony just incorporated some Cath Kidston-inspired details, which featured pastel florals and patterns. In addition, the couple also worked on a handful of DIY projects to make their wedding truly their own.

For the reception, the couple did away with the traditional first dance and opted for a song number instead. The bride's vow was also delivered through a song, which she wrote herself and was given a melody by one of their sponsors, composer and producer Jungee Marcelo. Some of their co-contestants from the contest also graced their celebration with special song numbers. "The reception was a mini-concert of sorts. Since most of our friends are from the music industry, our guests enjoyed a lot of performances from them. The reception hall was filled with music, love, and laughter," the bride shares.

As much as the bride enjoyed planning her wedding, she wishes that she got a wedding planner to help her out. "If you love yourself, and if your mind is of any importance to you, get a wedding planner!" the bride asserts in jest. "I'm a control freak, and I thought hiring a professional wedding specialist would be unnecessary. Was I totally wrong! I enjoyed planning and everything, but I admit I would've been less stressed if I got us a planner, or at least a coordinator," she explains. She was just thankful that her family and friends were there to help her out when things get rough throughout the preparations.

Saving all her looks, stat. by Ira Nopuente for Cosmo.ph
Load More Stories 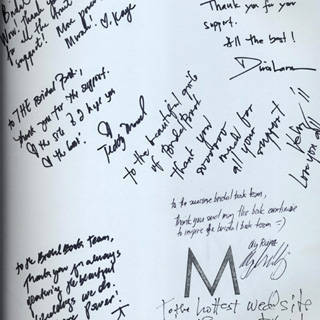 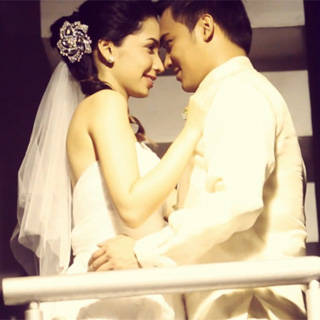