Music and glamour filled the air in this old Hollywood-themed wedding.
by Keisha Uy | Feb 10, 2012 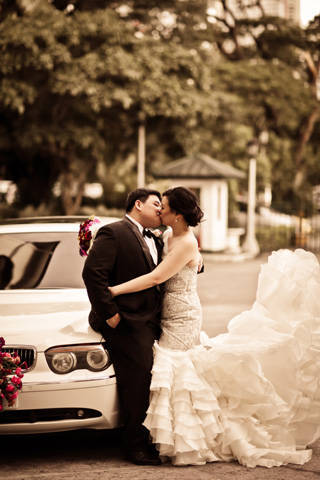 Want to know more about Macy and Tim's story? Click on any of the following links:

It was a common friend who played cupid between Macy and Tim. When Tim got Macy's number from their friend, Tim confessed that he had already seen Macy's Facebook profile page and had already developed a crush on her.

The first time they met in person, Tim just dropped by in front of Macy's house to say hello even while the rain was pouring down. Macy then followed up Tim's two-minute visit by dropping by Tim's family-owned restaurant. There, Tim played the piano and serenaded Macy, and the performance touched Macy's heart. They went out on their first date, and that allowed them realize that they have a lot in common, such as their penchant for music and singing. A few months later, the two officially became a couple after Tim sent Macy an Elmo stuffed toy, which held a sign that said, "I love you, Macy."

Nine months into their relationship, Tim took Macy on a special date at Antonio's in Tagaytay. As they were about to leave, Macy was surprised to see a fireworks display, which Tim had specially prepared for her. After the surprise, Tim then asked Macy, "Can forever start now?," to which Macy replied with a sweet yes.

Macy and Tim marked their union with an old Hollywood theme. From the wedding attire right down to the cake, the couple's wedding elements exhibited a glamorous flair. Elegant details, such as chandeliers and ostrich feathers, marked their reception and channeled their chosen theme perfectly. Manila Hotel's interiors also complemented the couple's concept, as it resembled an old theatre.

The couple's love for music also was evident during their wedding, as they filled the day with musical performances from both the groom and bride's families. Even their sponsors joined in on the night of love and harmony by singing along. With the unique and heartwarming entertainment, the couple and their loved ones felt like stars in their very own Hollywood. 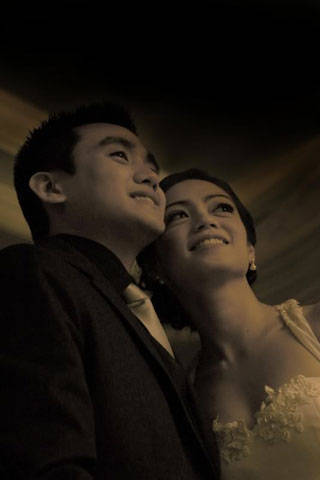 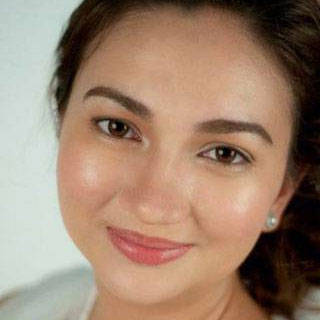