A bold color palette gave this Old Hollywood-themed Baguio wedding a dash of fun and glamour.
by Keisha Uy | Jan 16, 2012 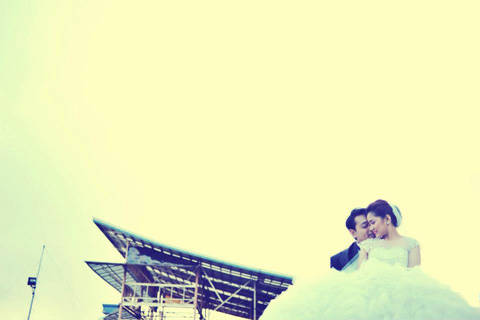 High school sweethearts Lyanne and Winchester became lifetime partners with a fun-filled wedding held in Baguio. The couple marked their special day with a bold and glamorous Old Hollywood theme.

Want to know more about Lyanne and Winchester's story? Click on any of the following links:

Lyanne and Winchester first met back when they were still in high school. "According to him, he saw me in our canteen on the first day of school. I first saw him when he was playing basketball in our quadrangle--he was a varsity player back then," shares Lyanne. On the same year, the two were formally introduced, and eventually became close friends.

The two learned more about each other when the school sent Winchester to Ilocos Norte, and Lyanne's brother was also in the same trip. Winchester would then frequently give Lyanne updates on on her brother and the trip. "He [then] started calling me [more often]--we talked about anything and everything, [including] ourselves, our dreams, [and] our fears," Lyanne shares. After a couple of months, Winchester then gave Lyanne a letter, through which he revealed how much he liked her. And after a year of courtship, the two officially became a couple.

Eleven years into the relationship, Winchester's parents realized that it would be great if Lyanne and Winchester got married. The groom's parents arranged for their Ting Hun, after which Winchester gave Lyanne a ring. "He told me that 11 years ago, he already knew that he wanted to spend his life with me," Lyanne recalls.

Lyanne and Winchester tied the knot in Baguio, and the wedding's Old Hollywood theme reflected their fondness for watching old flicks. Their vintage theme featured a bold fuchsia and purple color palette, giving the couple's affair a dash of glamour.

The couple's theme was clearly showcased in each and every wedding detail. Lyanne even did a handful of DIY projects just to make sure that the theme was carried out from the ceremony right to the reception. And in the true spirit of Hollywood, the couple entertained their guests with grand production numbers.

With the great amount of effort the couple poured into their themed wedding, it was no wonder that the details blended seamlessly. The bride asserts that it is important to research before making decisions. Furthermore, Lyanne shares that there's no use fussing over the small details. She says, "The wedding is all about your love for each other. If something goes wrong on your wedding day, calmly decide on the right thing to do." 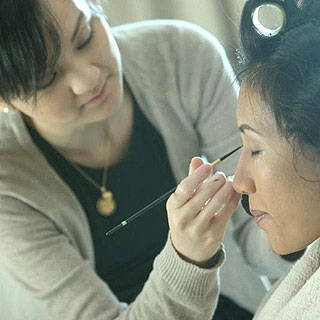 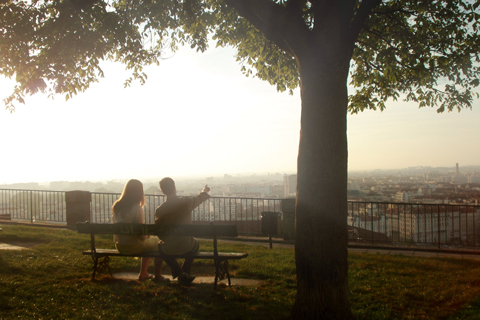