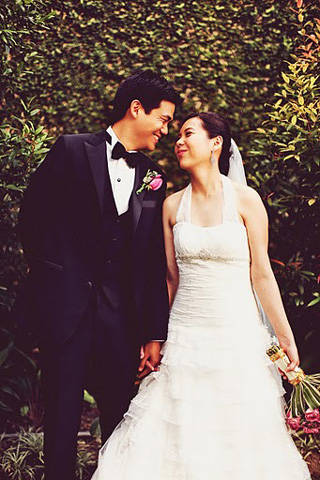 Louise and Lloyd let their personality as a couple be the highlight of their wedding, which made their affair filled with fun and warmth. With an Oriental theme, the couple was able to turn their big day into a quirky yet elegant celebration.

Want to know more about Louise and Lloyd's story? Click on any of the following links:

Louise and Lloyd first met at the Ateneo de Manila University. The two took the same course, but it was only on their last year in college that they got to actually know each other well. "On our fourth year of school (2004), we became seatmates, and Lloyd--funny man that he is--would always tease me in class, calling me 'Mary,' which I hate," Louise recalls.

While Lloyd always teased Louise, he surprised her with a different side of him on her birthday. Lloyd suddenly called her exactly at 12 midnight, saying that he wanted to be the first one to greet her on her birthday. At end of the day, Lloyd called Louise again to greet her one more time, and said that he also wanted to be the last person to greet her. "I say that started it all. From teasing and making fun of me, Lloyd became the guy who 'seems' to like me," Louise shares. The two then started going out and after a year of dating, officially became a couple.

Come 2008, Lloyd visited Louise in Melbourne, Australia, where she was working then. Little did Louise know that he had prepared an Amazing Race-inspired proposal for her. "He left clues in certain spots in Melbourne, and I was to go to each one and figure out where to go next. Unfortunately, I wasn't able to figure out any of the clues. I had to call him up every time I reached a destination. One of the clues even required me to calculate how many months we already were [a couple], and I'm pretty bad at math!," Louise fondly shares. When she finally found him at a botanical garden, Lloyd had a picnic set up with sweet music playing on the background. When Louise approached him, he got down on one knee and asked: "Will you grow old with me?" Louise didn't find it difficult to answer with a yes.

Louise and Lloyd tied the knot with a quirky yet elegant Oriental theme. The chosen theme reflected the couple's fun and warm personalities, which was the couple's goal for their wedding. With every detail, the wedding "was done to express ourselves and not to impress," shares Louise.

To further personalize their wedding, the couple engaged themselves in DIY projects, which included their misalettes, photbooth props, and an audio-visual presentation of their love story for the reception. The couple also incorporated details that meant to them as a couple. For their first dance, the couple swayed to Lifehouse's You and Me--the song that Lloyd had played when he proposed to Louise.

Even if there were a few mishaps on their wedding day, the couple was still thankful for how everything turned out. The bride advises planning couples to "Have lots and lots of fun planning the wedding." She adds, "Don't mind what others say, just do what you want--within reason--[and] never try to please others. It is your wedding, [after all]." 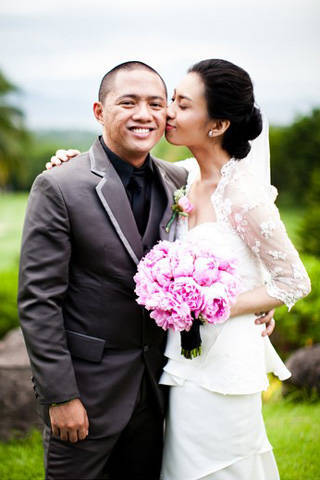 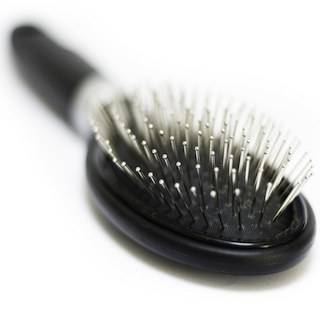