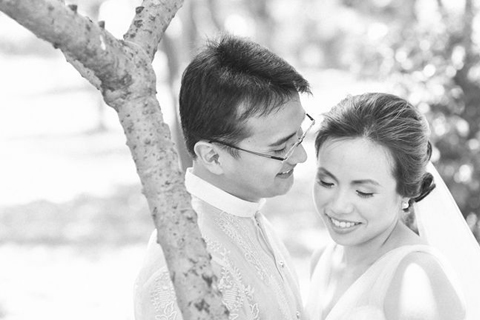 Creative couple Lorra and Elbert showcased their fascination for arts and crafts through their lovely wedding held in Makati. Personalized details, such as the invites and favors, reflected the couple's flair for modern art.

Want to learn more about Lorra and Elbert's wedding? Click on any of the links.

Although Lorra and Elbert have known one another for a long time, they never really considered dating each other until after they parted ways as office mates. Lorra shares, "Elbert was my internship supervisor so he and I maintained a very professional relationship; moreover, we were both in different relationships then, too."

Two years later, Lorra contacted Elbert to request for a recommendation letter for her masters. They both were already single the. "Eventually, we realized that we have a lot of things in common and that we liked each other,"  says Lorra.

To seal the deal, Elbert proposed to Lorra three times. "The first time he proposed was on our 3rd year anniversary. He covered a dictionary with a fake book jacket that he designed, which he had cut out the middle of. In the hole, he placed the ring box. The second time was a few months later during Christmas where he made a mini-comic that he inserted inside his Christmas gift. The third and last one was during a videoke session at Red Box Eastwood. He asked the staff to play an animated video that he made with his former students at Ateneo de Manila University."

Lorra and Elbert's wedding in the city featured unique pieces‎, which the couple designed. Among the notable details were their invitations. "We chose to use the comics format for our invitation because it's a big part of our story. We met in a comics publishing company,, and Elbert is a comics creator up to this day. We colored it using watercolor to add my personality to the invitation as well, making it the perfect combination of both our interests," says the bride.

The couple opted to skip the usual program staples, making the reception exude a comfortable atmosphere. Lorra relays, "We intended for our guests to just relax and talk to each other, and enjoy the food. We have to give special thanks to our good friend and host, Gabe Mercado, who successfully entertained our guests with his wit and humor."

One of the most important things Lorra and Elbert learned as they planned their wedding was learning to accept help. Lorra shares, "There will always be people who will offer their time and effort, and I wish that I had taken them up on their offer much earlier. Saying yes to offered help early means cramming less, and hopefully being able to finish everything weeks before the wedding. Finishing early gives you enough time to rest and pamper yourself, making sure you're most beautiful on your wedding day." 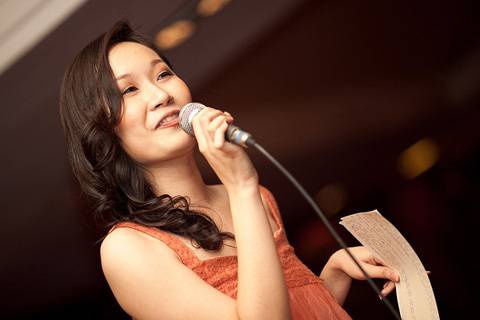 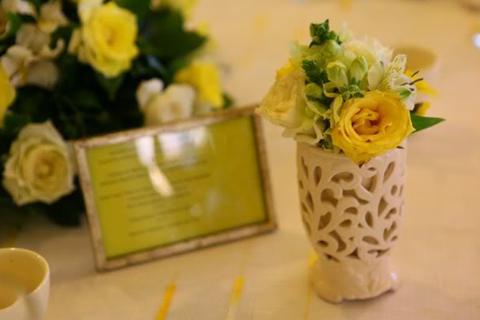