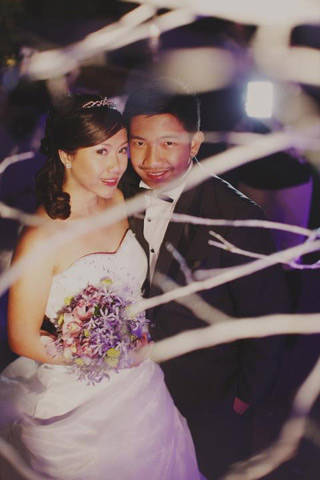 Lady and Arnel's wedding in Benguet featured a forest-inspired theme. Rustic wooden details allowed the couple to show their love for nature.

Want to know more about Lady and Arnel's story? Click on any of the following links:

Lady and Arnel met through their church, as they would bump into each other at youth fellowships and other similar gatherings. They strengthened their friendship by constantly hanging out and talking to each other. Eventually, romance blossomed between the two, and after Arnel surprised Lady with a romantic dinner, they officially became a couple.

On their seventh anniversary together, Arnel planned another surprise for Lady. They were to spend the evening with family and friends at Baguio Mansion House. As they were waiting for the other guests to arrive, one of their friends called to say that she was having trouble getting a cab to the venue. Lady and Arnel went out to fetch their friend, but when they reached the gazebo, Lady found it decorated with candles and flowers. As their song played, Arnel led her to the gazebo, where he knelt down and popped the question.

Lady and Arnel love nature, and so for their wedding, they chose to have a forest-themed celebration. To complement the theme, the couple picked a green and blue motif.

The couple tied the knot and hosted their ceremony at Winaca Eco-Cultural Village in Benguet. The venue was dressed up with flowers and wooden details that channeled a rustic touch. Lady and Arnel took on several DIY projects, such as their photo display and the décor at their reception. To make the celebration even more special, the bride also surprised the groom by performing a song which she composed for him. "Our reception was very cozy, light-hearted and fun," Lady says.

Lady and Arnel shares that there were some minor hitches on their wedding day, but they just learned to let go of trivial things. The bride says, "Things may not always go your way but eventually it will all fall into place. Do not stress yourself too much. Cherish and enjoy planning your wedding with your friends and loved ones. At the end of the day, what matters most is you are marrying your one true love." 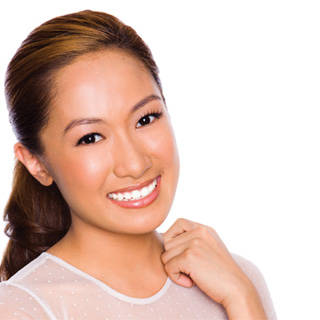 Real Weddings
Say "I Do!" with a Smile 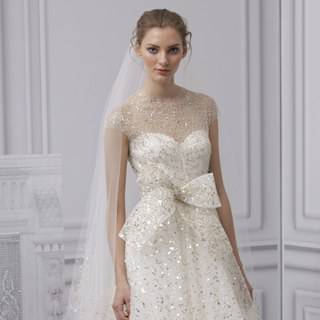