A comfortable and warm celebration provided the perfect contrast to this couple's December wedding.
by Keisha Uy | Apr 15, 2011 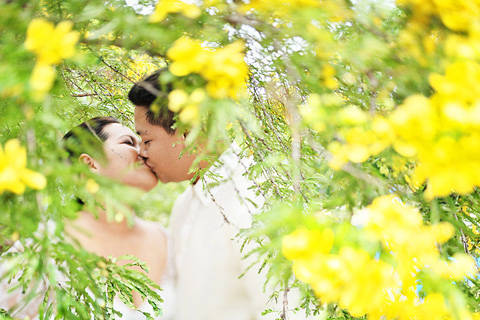 Janet and Abe exchanged I do's last December with a winter-inspired affair. Powder blue, white, and silver details helped them channel their chosen theme. The couple presented the perfect contrast against their wedding month's nippy weather by holding a warm and memorable affair with a casual ambiance and nostalgic details.

Want to know more about Janet and Abe's story? Click on any of the following links:

Janet and Abe met through a chatroom in mIRC back in 2003. Back then, Janet was living in the United States while Abe was based in the Philippines. They would normally exchange pleasantries online, but they soon developed a deeper relationship a year later when they started having more meaningful conversations. "We never ran out of things to talk about, which was amazing," Janet gushes. Despite Abe's attraction to Janet, the two just remained friends because of the distance between them. However, when Janet's family went to the Philippines in 2005 for a brief vacation, Janet and Abe's friendship took a different turn.

On their very fist meeting and date, they realized how much they really liked each other and decided to be an official couple the next day. Janet stayed in the country for a month, and the two made an effort to see each other. A year later, Janet came back to the Philippines to visit Abe. They decided to get married civilly then so she could petition for him to go to the US. Abe then moved in with Janet in 2007.

Their first wedding didn't involve a fancy proposal since it was their mutual decision to get married. Back then, they only had a pair of silver rings as wedding bands. But a year after Abe migrated to the US, Janet got a pleasant treat. "I kept dropping hints that I [was] due for a ring upgrade! We looked at several jewelry stores and found this beautiful ring, [and] decided to buy it. However, we couldn't take it home because it had to be resized. Abe took the ring home when it was ready and I was just too excited when he handed me the box. To my dismay, the box was empty. I was so nervous I thought he had dropped the ring on his way home. But when I turned around, I saw my husband down on his knees, with the ring, and asked me: ‘Honey, will you marry me again?' I really couldn't say no," Janet shares.

Janet and Abe celebrated their church wedding with a wintry powder blue, white, and silver color motif. While the cool and chic pale hues of the motif matched the nippy December weather, guests enjoyed a warm ambience during the celebration. "Our wedding was simple and casual, just the way we planned it to be. We wanted to be comfortable in our own skin since it was our wedding day," shares Janet.

Among the details that lent a cozy vibe to the affair were photos of the couple on display at the venue, and special fruit jams that were given away as souvenirs. The reception program also channeled a laid-back vibe--for their first dance, the couple swayed to Rivermaya's Balisong since it held a special meaning to the couple.

With a relaxed and fun-filled wedding, Janet suggests marrying couples to "just let go" on the big day. She says, "The day goes by so fast that you need to enjoy every single minute of it! Don't fret too much about [the smallest details]. The wedding may not be perfect, but at the end of the day you'll be married to that one person that's perfect for you!" 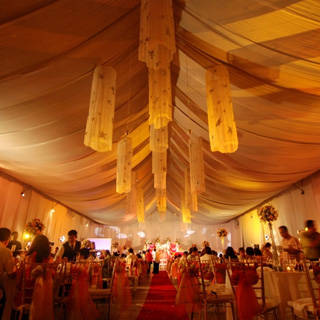 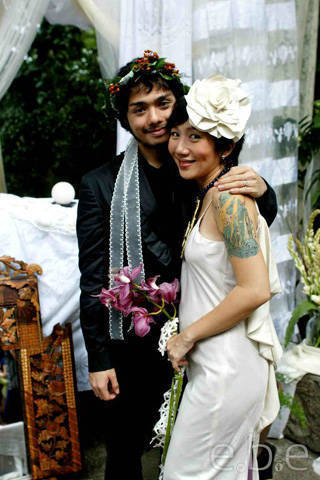