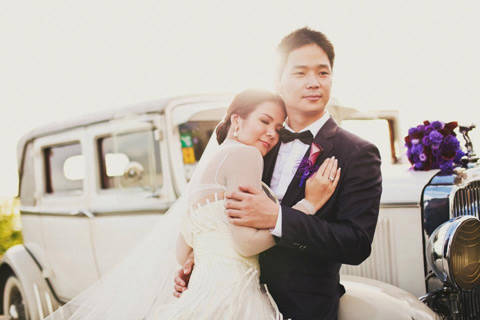 Diana and Taewoo had a vintage-inspired wedding to seal their love. The couple chose a plum motif, which complemented their celebration's classy details.

Want to know more about Diana and Taewoo's story? Click on any of the following links:

Diana and Taewoo met through common friends. When they met, Taewoo was still learning to speak in English, but that didn't hamper his and Diana's connection. Taewoo was persistent in learning English, while Diana was patient with communicating with him. Eventually, romance blossomed between the two.

To formally start their wedding preparations, Taewoo presented Diana with a ring. There wasn't a grand proposal, but the two knew that they wanted to tie the knot. With that understanding, the couple planned a vintage-inspired affair.

Diana and Taewoo enjoyed doing their prenuptial shoot, which exuded classic elegance. Since they were both happy with the outcome of that shoot, the couple decided to pursue a similar theme for their wedding. Diana and Taewoo opted for a vintage-inspired affair, which they peppered with plum details.

Classic as the couple's theme was, Diana and Taewoo found an alternative way to minimize spending on their big day. They asked their family and close friends to help them with most of their wedding details. Some of their guests lent their talent during the program, while others sponsored products or services for the big day. The bride shares that they had to assert themselves during the planning process. "Ask people to sponsor. Some would even love that they don't need to think about what to give you for the wedding. Make a list of suppliers with their price range, so they can choose within their budget," she says.

Planning their wedding allowed the couple to learn more about themselves. Says Diana, "Listen to each other. Know what you both need and want, and don't think about other people's opinions. That will just confuse you." 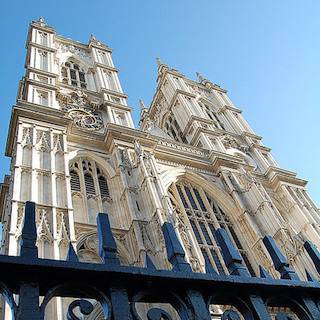 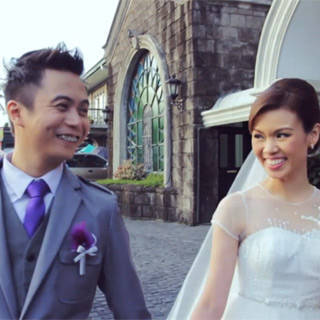