Elegant and charming details in pink, violet, and silver lent romance to this March wedding.
by Keisha Uy | May 27, 2011 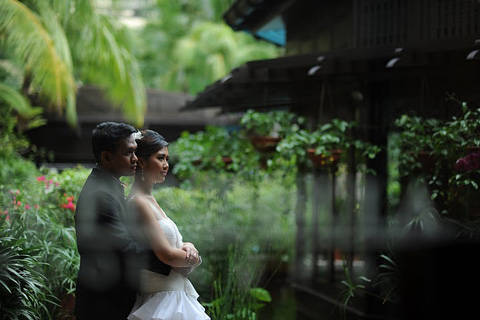 Cherry and Gareth sealed their long-distance engagement with a beautiful wedding. Details in pink, violet, and silver showcased charming elegance on their special day.

Want to know more about Cherry and Gareth's story? Click on any of the following links:

Cherry and Gareth first met in 2005, when Gareth was a newly hired employee at the company where Cherry was working. As a part of the committee that welcomes new employees, Cherry got to know Gareth as a smart guy who got a Civil Engineering degree from the University of the Philippines. Gareth, on the other hand, also noticed Cherry because of her tall and attractive physique. Days after their first meeting, Cherry got a Friendster request from Gareth. When she accepted it, she and Gareth instantly clicked, and they soon became a couple after barely two months of dating.

A few months later, Cherry and Gareth both left the company, but still stayed together as a couple. A year into the relationship, the couple planned to have a church wedding in December 2008. But in 2007, the two had to go to the US for work.

Cherry was assigned to Minnesota while Gareth went to Wisconsin. The two was only able to spend two months together in the US. However, when Cherry came back to the Philippines, she found out she was pregnant. Gareth on the other hand, stayed in the US longer to have his green card approved.

As Cherry waited, Gareth shipped an engagement ring to the Philippines with a card that asked for Cherry's hand in marriage. While Gareth's stay in the US prevented him from proposing in person, the entire wait proved to be worth it as he got his green card in 2010,  and he came back to the Philippines just in time for his and Cherry's March wedding.

Cherry and Gareth celebrated their much-awaited union with a bold and elegant pink, violet, and silver color motif. Because the bride was named after cherry blossoms, the couple used wedding accents inspired by the famous Japanese flowers. While most of Cherry and Gareth's wedding décor were dreamy and delicate, the couple balanced the mood at their reception with an upbeat performance by 92 AD.

Busy for most the most part of the wedding planning stage, Cherry sought the help of her sister to research on wedding details, requirements, and suppliers. Although Gareth was not around as Cherry planned the wedding, Cherry admits that she was lucky to have a family member who was willing to help her plan her dream wedding. Moreover, she also asserts, "It's best to attend bridal fairs to avail of discounts and to book suppliers." She adds that it pays to "prepare early (months before the big day) to avoid the stress during wedding month." 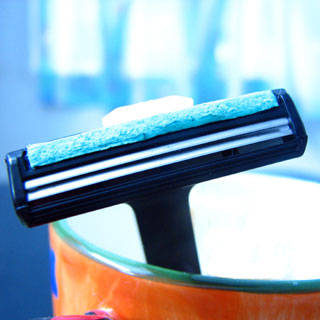 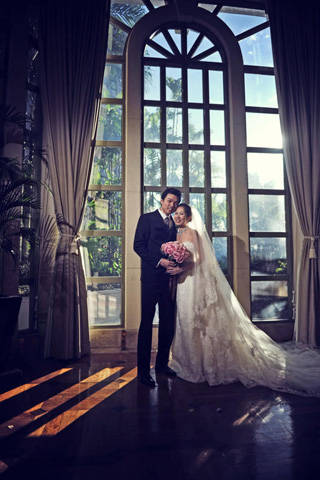