This colorful wedding was marked with a sophisticated Victorian theme.
by Keisha Uy | Jan 23, 2012 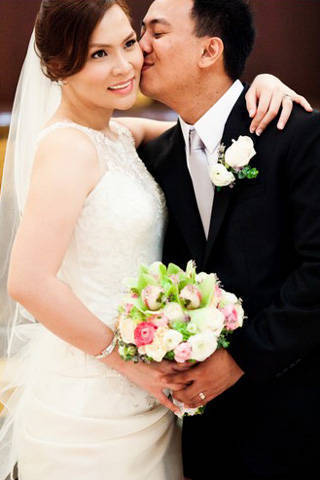 Want to know more about Cat and Reggie's story? Click on any of the following links below:

Cat and Reggie first met back in 2000, when Cat's cousin, who was also Reggie's good friend, Grace, introduced them to each other. Reggie was then just in the country for a brief vacation, as his family was based in Bangkok.

A couple of years later, Cat and Reggie met again in Bangkok when Cat went there for a school trip. She asked Reggie to tour her and her classmates around--Reggie, of course, willingly agreed. Since then, the two have become really good friends, until Reggie expressed his true feelings to Cat and asked if he could court her. After three months of dating, the two officially became a couple.

Five years into the relationship, Reggie decided to finally pop the question to Cat. But before he actually did, he had the ring with him for two months, waiting for the perfect time to do so. The right time came when they went on a trip to La Union. While they were hanging out, one of their friends started singing Train's Marry Me, and Cat started teasing Reggie and said, "Bebe, marry me daw, marry me daw!" Reggie then looked at her straight in the eye and asked, "Seryoso ka?" Cat then fell silent as Reggie took out the ring and popped the question. With tears of joy, Cat said yes.

Cat and Reggie marked their big day with a modern celebration that took inspiration from the Victorian era. The theme sprung from the bride's desire to have lace on her gown. To incorporate the theme, the couple chose a variety of colors--which included ecru, blue, silver, gray, green, peach, and pink--to channel the lavish Victorian era. The couple also laced their event with DIY details to give it a warm and personalized touch.

With only four months to prepare for the wedding, Cat and Reggie learned to be realistic with their demands. "Learn to compromise, but don't settle for ‘pwede na,'" says Cat. The couple adds that it is important to stay within one's wedding timetable and budget, as doing so would allow one to be more creative. Moreover, being conscious of the schedule would give the couple ample time to meet the requirements set for the wedding. 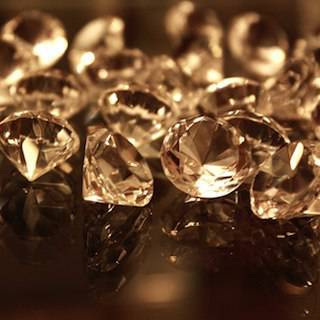 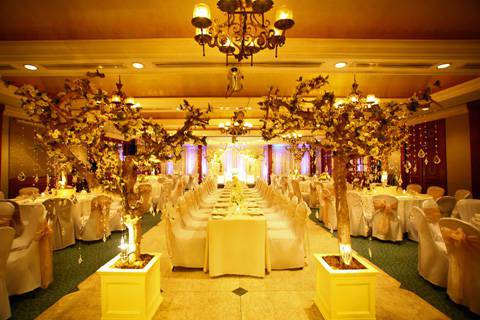