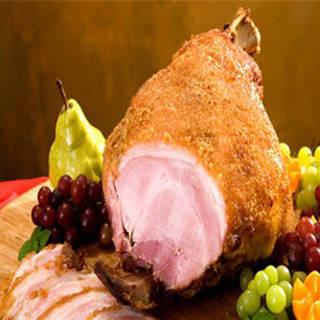 The Plaza Catering recently celebrated its 45th anniversary at the Wack-Wack Golf and Country Club by hosting a sumptuous buffet dinner that featured their well-known and well-loved gourmet dishes, such as their Premium Baked Ham and Smoked Premium Corned Beef.

The night was a celebration of The Plaza's legacy of food excellence that began when Reyes Matriarch Engracia Cruz Reyes founded The Aristocrat Restaurant in 1935. Witness to her craft in the kitchen, her son, Jose Cruz Reyes followed in her footsteps and established The Plaza Restaurant in 1965 together with his wife Imelda Albano. They ventured into the catering business in the same decade, which saw the birth of The Plaza's famous Premium Baked Ham as created and developed by Imelda together with The Plaza's Swedish Master Chef Gosta Petterson. Among those who have experienced The Plaza's cuisine are Pope John Paul II, US Presidents Lyndon B. Johnson and George H.W. Bush, India's Prime Minister Indira Gandhi, Republic of China's Premier Li Hsien Yen, IMF's Robert McNamara, and John D. Rockefeller.

In the spirit of their pioneering tradition of delivering food excellence, The Plaza Catering continues to cater to special occasions such as weddings. They give all the more reasons to celebrate your milestone with their variety of gourmet dishes, which includes their famed Premium Baked Ham, Smoked Prime Tanigue, Smoked Premium Corned Beef, and Di Primo Pastrami.

With The Plaza's 45 rich years of experience, couples are assured of excellent food service that gives them nothing to worry about on their big day. Their well-trained staff are sure to assist you in every step of the way just to make sure that you get the most out of their service. Not only do they offer great food, but also a distinct reputable service. Couples with a penchant for classic celebrations may find satisfaction in their catering services that are rooted in tradition and experience.

Click here to know more about The Plaza Catering.