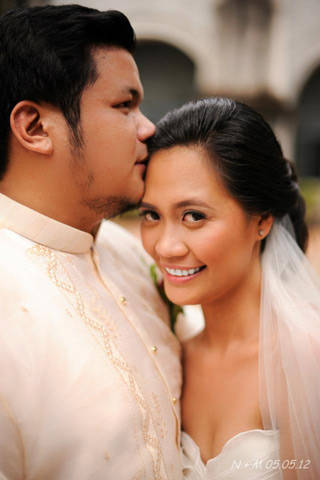 Mary Ann and Napoleon celebrated their big day with a simple and intimate wedding. The couple incorporated maroon, red, and silver details into their wedding, allowing their event to exude classic elegance.

Want to know more about Mary Ann and Napoleon's story? Click on any of the following links:

Mary Ann and Napoleon met through a chat room. While they haven't met each other in person, the two found it easy to talk about anything via chat and over the phone. Their correspondence lasted for two months, until Mary Ann's friend introduced her to another guy. The guy courted Mary Ann, and they became a couple--but they broke up after two years.

Years later, Mary Ann was offered a job in Canada. The two constantly kept in touch to make their relationship work. When one of Mary Ann's friends went home to the Philippines for the holidays, Napoleon asked her to bring a package back to Mary Ann. When the package reached Canada, Mary Ann was surprised to find a diamond ting inside the package. Napoleon then popped the question when the couple talked via Skype--and Mary Ann said yes.

Mary Ann and Napoleon chose to have a classic wedding that featured a maroon, red, and silver palette. The couple planned the celebration for half a year, and they kept their event simple.

The bride was in Canada when they did the preparations, and so the groom and his sister were the ones who coordinated with the suppliers. Shares Mary Ann, "Thanks to Skype and Yahoo! Messenger, we were able to pull it off by spending days brainstorming about the details we wanted to have in our wedding."

Planning the wedding was already challenging as it was for the couple, but three months before the big day, they also found out that the church they had initially booked, Manila Cathedral, was to be temporarily closed for renovation. Fortunately, the groom was able to secure the same time slot at San Agustin Church. Despite the minor hitches, the couple proved that they could weather storms with their resilience. 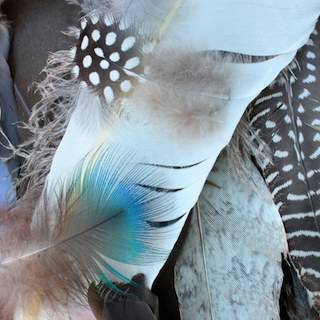 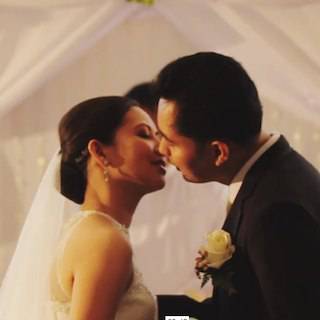